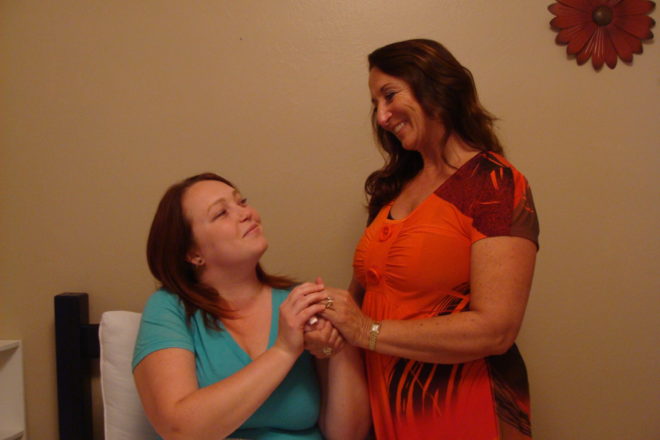 Rogue Theater announces the production of Visiting Hour, a Spanish play written by José Luis Alonso de Santos. The play, Hora de visita, was adapted to English by Phyllis Zatlin and is her second translation performed by Rogue Theater.

Lisa, a young woman who is distraught by the pressures of life, tries to commit suicide. Her mother draws on her wacky talents of singing, dancing and telling jokes to revive her daughter’s desire to live. As Lisa remains in the hospital, unable to speak, her mother refuses to give up and will try anything to make her daughter laugh. Their one-sided dialogue is interrupted from time to time by a not-so-pleasant nurse.

Shows are Thursday, Friday and Saturday at 7:30 pm and Sunday at 2 pm, at Rogue Theater, 340 Jaycee Ct., Sturgeon Bay. Tickets are $15 for adults and $10 for students. Sept. 13 is a special pay-what-you-can preview with proceeds to benefit Prevent Suicide Door County – Nathan Wilson Coalition. For more information and ticket reservations call 920.818.0816 or visit facebook.com/roguetheater.