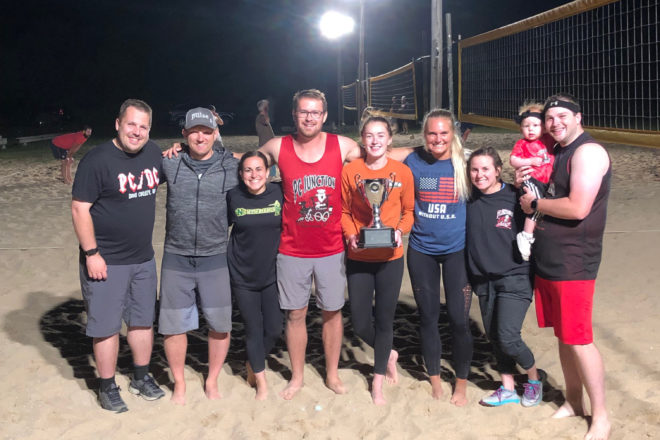 The PC Junction team completed an unprecedented Favre-peet Aug. 19, sweeping two matches in the final night of the season to earn its fourth-straight Northern Door Volleyball Association Championship. PC Junction entered the final night in third place, needed to sweep its two matches, then had to hope the Boathouse took two of three games from first-place Husby’s.

General Manager Devin Thomas said he was proud of his team for becoming the first team to win four straight championships, but he immediately turned his attention to next year. After a celebratory beverage at the Bayside Tavern, Thomas hit the road to scout in hopes of upgrading key positions as he seeks a fifth consecutive title.