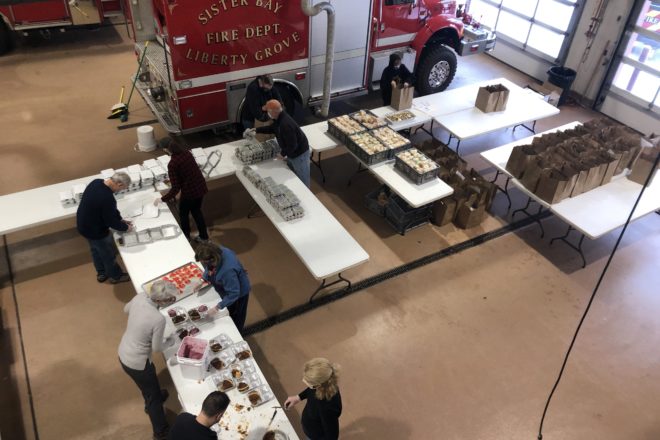 Volunteers package some of the 266 Christmas Eve dinners that were handed out or delivered to families in need Dec. 24. Submitted photo.

“We decided to undertake this challenge after we were involved in helping the churches with a similar program at Thanksgiving and learned that there was no Christmas meal being planned,” said Sister Bay/ Liberty Grove Fire Chief Chris Hecht.