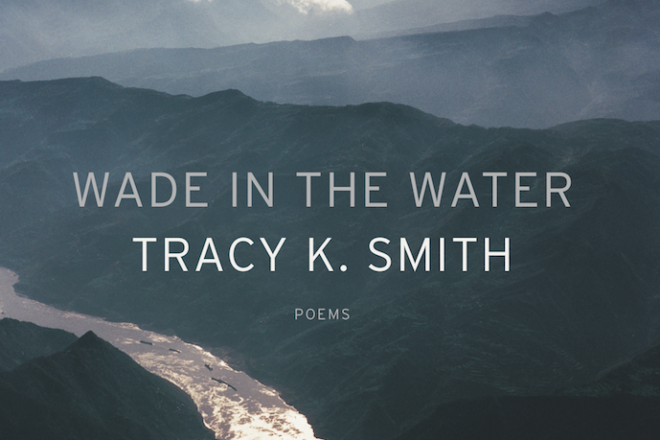 Many people think of a “poet” as a writer who searches for inspiration by wandering through the woods or walking beside the sea, notebook in hand. Perhaps Robert Frost’s “The Road Not Taken” or “Stopping by Woods on a Snowy Evening” comes to mind. But Tracy K. Smith, the current Poet Laureate of the United States, finds her inspiration not only in nature but also in such unlikely places as the U.S. Pension Bureau Files, the collections of the Southern Poverty Law Center, and an article in the New York Times Magazine titled “The Lawyer Who Became DuPont’s Worst Nightmare.”

African-American writer Tracy K. Smith was born in 1972 in Falmouth, Mass., and raised in Fairfield, Calif. Her father was an engineer who worked on the Hubble telescope; her mother was a teacher. Smith’s poem “Urban Youth” suggests that her childhood was a happy one:  “In the ’70s, everything shown bright as brass. . . . It was always autumn.” From this shining world she went on to earn a bachelor’s degree from Harvard and a Master of Fine Arts degree from Columbia University. She currently teaches at Princeton University. Her books of poetry have received many awards, including a Pulitzer Prize for Life on Mars.

Smith’s latest book, Wade in the Water, takes its title from a spiritual that seems to celebrate the Israelites’ escape from slavery in Egypt – a subject that American slaves would appreciate. But there was a second meaning:  a warning to runaway slaves to walk in streams or creeks in order to hide their scent from pursuing bloodhounds. The title poem of Wade in the Water describes the author’s visit to a ring shout event (a religious ritual that contains both African and Christian elements); during the ceremony she experiences a terrifying moment of enlightenment – she feels the emotions of a slave chased across country by men with guns and dogs.

“Hill Country” offers a more whimsical adventure. This poem reminds me of a friend’s small son, who one night asked his mother, “Where does God go when he takes a vacation?” The little boy believed that God would occasionally seek rest on a planet that had no life at all, and hence, no responsibility. But Smith has a different answer:  God does not need a special planet because he has a Jeep and a hilltop cabin “where he goes to be alone with his questions.” He hops into His Jeep and drives down the hill into a valley where He observes dragonflies mating and flowers “that throw frantic color at his feet.” Does God also have a god of his own? “If he tries . . . he can almost believe / In something larger than himself rearranging / The air.”  But no vacation can last forever, not even for God. The end of the poem finds Him “Returning to everywhere.”

Smith deals with a wide range of subjects – pregnancy, shopping, travels in China, and the challenges of life with a four-year-old child. Many of her poems deal with matters important to African-Americans, but these same poems might provide much-needed education to white readers. The longest of the poems is “I Will Tell You the Truth about This, I Will Tell You All about It,” which is based on letters written by African-Americans enlisted in the Civil War as well as from other members of their families. Several of the letters are addressed to Abraham Lincoln – including a brief note from a woman named Annie Davis, who wants to defy her mistress and go to the “eastern shore” to visit her relatives. She writes, “you will please let me know if we are free   and what i can do.” The fact that most of the slaves were barely literate makes their letters all the more poignant.

There is much compassion in Wade in the Water – and also much outrage. In “Deadly,” the “armies of trees and / Every nation of beast and / The wide furious ocean / And the epochs of rock / Tremble” at the creation of Man. “Theatrical Improvisation” deals in part with the case of Guillermo Rodriguez, an immigrant who was assaulted while he was asleep near a rail station. When the police arrived, one of the attackers defended himself by pointing out that Rodriguez was homeless and Hispanic – fair game.

On paper Smith appears to have an enviable life:  a happy childhood in a loving home, education at elite universities, a teaching job at Princeton, marriage and a family of her own, numerous awards, and finally, appointment as Poet Laureate of the United States – probably the highest honor available to her. But Smith’s creative imagination takes her far beyond her own life and into the hearts and minds of American slaves, struggling immigrants and refugees, a woman fleeing a pack of bloodhounds and God driving a Jeep through the solitude of the hill country, leaving the windows open so that twigs and vines can brush against His face.