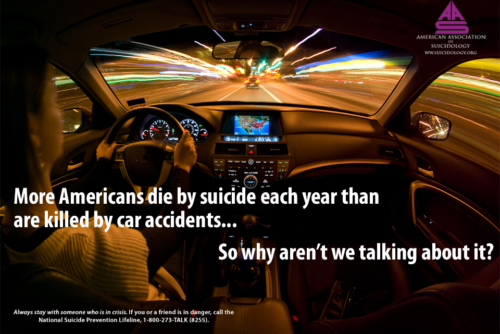 Charity fundraiser kickoffs are usually rah-rah affairs, and the United Way’s Aug. 7 campaign kickoff certainly had its share of that. But when board president Grace Rossman took the mic, she struck a stunning note in ticking off several startling mental health statistics.

“Throughout Door County, we see numerous children struggling with mental health disorders, such as depression and anxiety,” she said, before citing the most recent youth risk behavior survey that revealed 14 percent of Door County students have considered suicide in the last 12 months, and 5 percent have made an attempt.

“To boil this down to real numbers, this is 10 students in a high school of 200,” she said. That’s roughly the size of Gibraltar or Sevastopol high school.

Murmurs rose from the crowd at the Union Supper Pub in Sturgeon Bay. While organizations and the general public are increasingly recognizing the severity of our country’s struggle with suicide, there is still much work to do in raising awareness of depth of the issue on the peninsula.

On Monday, Sept. 10, the organizers of the Suicide Awareness Walk will take another step in that direction. The third annual walk at Martin Park in Sturgeon Bay aims to lessen the stigma for survivors of suicide, and inform people that the problem not only exists in Door County, but is worse here than in most of the country.

Experts estimate that for every suicide, another 8 – 25 people make suicide attempts. In Door County, 131 residents were taken to the emergency room between 2007 and 2011 after attempting suicide. In spite of these frightening statistics, suicide doesn’t get nearly the attention of many other health problems.

“The walk is really about starting awareness, and connecting with others,” said Katie Van Laanen, public health nurse with the Door County Public Health Department. “Anything we can do to reduce stigma about mental health, we want to do.”

“Ultimately, we want to lower the number of suicides in Door County,” said Cheryl Wilson, founder of the coalition named named after her son, who died by suicide in 2010 after battling mental health issues.

The coalition’s work extends far beyond the walk. When it was formed, the county did not have an organization focused on suicide prevention. In the years since, the coalition has partnered with four of the five Door County schools to train staff to recognize the symptoms of suicidal behavior, and to use the Question, Persuade, Refer method.

“With the people that you interact with on a regular basis, when something starts changing, you need to pick up that something is going on,” Wilson explained.

Wilson knows it’s not an easy conversation to have, but the consequences of avoiding it are disastrous.

“It is much better for someone to be mad at you for pushing them to get help, than to have somebody be dead,” she said. “We need to take care of each other. If we notice something in somebody, we need to step up, and if you can’t do it, tell somebody who can. We all know the signs of heart disease and stroke, we need to have that education about mental illness.”

The coalition’s lens is not only focused on youth. While suicide is the second leading cause of death for people under the age of 35, it’s even more common in pure numbers for those between age 45 and 64.

“There’s no way to say which groups, or which workplace, will be more likely to deal with suicides,” she said. “It’s usually prompted by some type of brain or mental illness or life change.”

That’s why the organization offers free QPR training sessions for any organization or business. Through trainings, events like Monday’s walk, and simply having conversations, Wilson said she aims to create an environment where such conversations aren’t so difficult.

“It is an illness, it can be treated,” she said. “People are living successfully managing depression.”

In next week’s Pulse:  A look at a new collaborative program launched by United Way in cooperation with local schools and counselors to address mental health issues of Door County students.

Prevent Suicide Awareness Walk
When:  Monday, Sept. 10, 5:30 pm
Location:  Martin Park, Sturgeon Bay
Description:  Walk to remember loved ones and friends, support survivors of suicide and raise awareness. Free snacks, wristbands, carabiners, gun locks and prevention information will be available. T-shirts will be available for $5. The walk goes across the Oregon Street Bridge to the stop light and heads back across the Michigan Street Bridge to the park.

If someone you know exhibits warning signs of suicide: