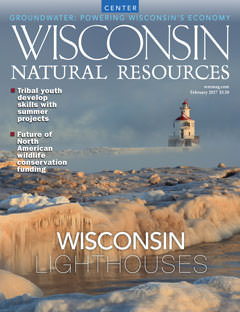 Wisconsin Public Radio reported that former Wisconsin Department of Natural Resources Director George Meyer is slamming the proposal to eliminate the agency’s magazine. As part of Gov. Scott Walker’s 2017-2019 budget, Wisconsin Natural Resources magazine would cease publication in February 2018 after nearly 100 years. The magazine would be eliminated to make the DNR “more effective and efficient,” said Tom Evenson, a spokesman for Walker. In a written statement, Evenson said, “the magazine is not a part of the DNR’s core mission,” an assertion that is being questioned by Meyer. “Anyone that says communication and education is not a core value of a natural resource agency doesn’t get it,” Meyer said, adding that the magazine plays an important role in helping the public understand the agency’s policies. He also said the proposed cancelation fits a pattern of suppressing information about the effects of climate change, including changing references to it on the DNR website.

“That’s beyond doubt,” Meyer said. “Wisconsin’s DNR is the only natural resource or environmental agency in our area that has taken their materials off.” Meyer also said the magazine’s elimination will “not save the state of Wisconsin a penny. The magazine has always been totally subscription paid for. No tax dollars or hunting or fishing license fees, or anything like that, pays for it and that includes the staff.” Meyer led the DNR from 1993 to 2001. He is now the executive director of the Wisconsin Wildlife Federation.