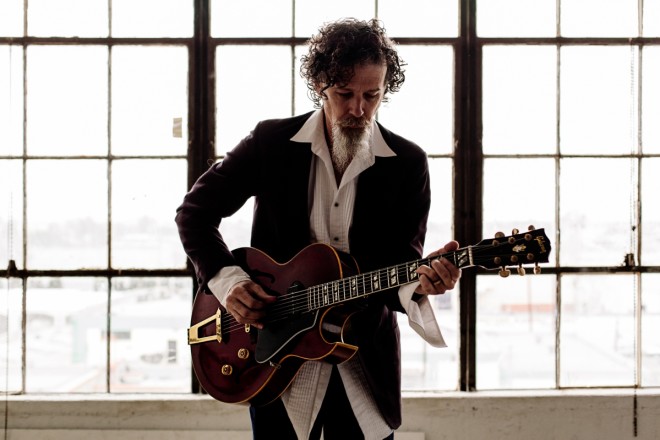 According to WalterParks.com, “Parks has built an international career as the lead guitarist for Woodstock legend Richie Havens, as half of the folk duo The Nudes, and as leader of the neo-southern rock group Swamp Cabbage.

“Just as Georgia’s Okefenokee Swamp has served as the headwaters of Florida’s Suwanee River, so has it served as the inspirational headwaters for Walter’s unique guitar concept – a banjo-esque fingerpicking style that toggles between expressing the swamp’s foggy, ambient underbelly and its eminent danger…. Inspired by the sultry black gospel that wails from storefront churches and roadhouses in the American southeast, Parks’s raspy vocal lows and soaring operatic falsetto explore the frontier of the modern human spirit in search of a place where it can flourish.”

Doors open at 7:30 pm, with the concert beginning at 8 pm. Tickets cost $10. The Tambourine Lounge is located at 59 N. 2nd Ave. in Sturgeon Bay. Reserve tickets by calling 920.743.5571 or visiting HolidayMusicMotel.com/tickets.