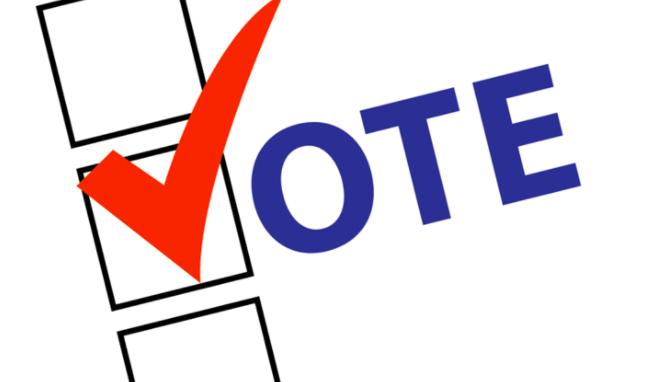 Embattled two-term mayor Thad Birmingham is not seeking a third term in the Sturgeon Bay’s top spot, opening the door for District 3 council representative David Ward to square off with Shawn Fairchild of the Sturgeon Bay Historical Society to become the city’s next leader. The election is Tuesday, April 2.

The candidates offered their visions for the city’s future at a League of Women Voters candidate forum March 12. Here we provide the candidates’ answers to a Peninsula Pulse questionnaire.

Ward moved to the city with his wife, Judy, 18 years ago after a 34-year career in educational administration with the University of Wisconsin System. Ward has a BBA, MBA and PhD in finance from UW-Madison and has served on the boards of the Door County Medical Center, Door County Economic Development Corporation and National Railroad Museum. After retiring from the UW System, he launched his own economic-consulting business, NorthStar Analytics. Ward, 75, has four adult children and eight grandchildren.

“I have led many organizations and have a wide range of leadership experience,” he said. “I have good analytical and problem-solving skills and good communication skills.”

The 58-year-old Fairchild studied natural-resource management and environmental studies and has two adult children. He has worked as a gallery owner, carpenter and supervisor at Palmer Johnson, and independent contractor.

The vice president of the Sturgeon Bay Historical Society, Fairchild has been heavily involved in the effort to preserve the Teweles and Brandeis grain elevator and was a founding member of the Save Our Bridge organization, which saved the Michigan Street Bridge. Fairchild is a frequent attendee of city meetings and a coach of several youth sports and education programs. He said his even-keeled, positive demeanor will serve him well in de-escalating the tension that has dominated city business the last five years.

What changes would you suggest, if any, to the way the city conducts council meetings and solicits public input at those meetings?

Shawn Fairchild: I support and would continue what the current council has been doing, which is making sure all committee meeting agendas have a public comment period immediately following adoption of the agenda. I believe that public comment is vital to the health of our city by providing space for constituents to voice their concerns or share their opinions prior to the council discussion and vote casting. I remember common council meetings where citizens could raise their hand to offer insight to issues being discussed, I would like to encourage this at the committee level at the very least. Another way to gather public input is our citizen appointments to committees. I am encouraged by the current council’s committee application process as it allows for those interested in getting involved a place to apply and make their passions and expertise known to the mayor and council. The more people we get involved in committees, the stronger we will be.

David Ward: We need to return to an orderly way of doing business. Recently, items were put on the council agenda that have little or no background or committee work. This leads to long and disjointed meetings and conflict. We also need to conduct business in an orderly manner so that meetings don’t end up in endless discussion sessions. We also need to give priority to Sturgeon Bay residents for public input at meetings or other events. Too often, nonresidents dominate the public input time. And we need to return to proper decorum and not allow displays of ridicule from the audience.

Would you change the way the city approaches economic development, and if so, how?

Fairchild: Healthy communities grow from the inside out and that has been proven in cities throughout the nation. Sustainable growth comes from making sure all facets of our economy are strong, I believe that our downtown districts are an intrical part of Sturgeon Bay’s economic well being. I believe in creative problem solving and smart growth to generate economic development.

Ward: The current approach to economic development was organized after the closure of the PBI shipyard. The Door County Economic Development Corporation (DCEDC) came out of that crisis. Working with the city’s Community Development Department, the city administrator and the mayor, DCEDC has led economic development  and been successful in building an outstanding manufacturing sector in the city. In many cities and counties where I have done economic consulting, there is a lack of this organizational infrastructure. I think the current approach works well, and I would continue to support this approach.

How should the city encourage development of more affordable apartments?

Fairchild: There are many opportunities for smaller scale development that we can invest in as a community, for instance development of empty apartment spaces above our downtown businesses. Infill allows for walkability to basic necessities such as parks, grocery, retail and more. This also helps families with one car and our aging population. I would continue to work with our economic development manager in reviewing our zoning codes to maximize mixed use, providing the opportunity for innovative duplex, triplex and fourplex housing units. Another way to encourage affordable housing would be working with developers to require a percentage of the units to always be income-based rents, where the city can impose such requirements.

Ward: The most important thing that the city can do is to increase the number of housing units by working with high-quality developers. The progress made in the last three years – one completed housing project and four now underway – will begin to address the housing shortage in the Sturgeon Bay area. We should also work with the Door County Housing Authority, which manages programs that offer housing assistance to low- and moderate-income families. These programs are directed at making housing more affordable in the county and city.

What is the biggest opportunity you see for the City of Sturgeon Bay?

Fairchild: This is a really exciting time to be involved in Sturgeon Bay government. We have an engaged citizenry, a forward-thinking council and a new comprehensive plan scheduled for 2020. This new comprehensive plan presents an opportunity for us to come together as a community and create a shared vision for the future of Sturgeon Bay. Working together, we will develop solutions to meet our housing and childcare needs, as well as connecting our small and large businesses with the workforce needed to keep our community vibrant. We are blessed to have a great school district (Vote YES to the referendum!), a strong manufacturing and shipbuilding industry, a growing arts scene, first-rate medical care and so much more. It’s going to be really cool to see us all sitting at the table, rolling up our sleeves and working together.

Ward: The biggest opportunity is to develop our tourism sector. We have good balance in the economy, with health-care services and manufacturing doing very well. We need to improve our retail footprint, and that in turn would help draw visitors to Sturgeon Bay. The developments at the Door County Maritime Museum will draw more visitors, and we should look to attract other venues that will draw people to Sturgeon Bay.