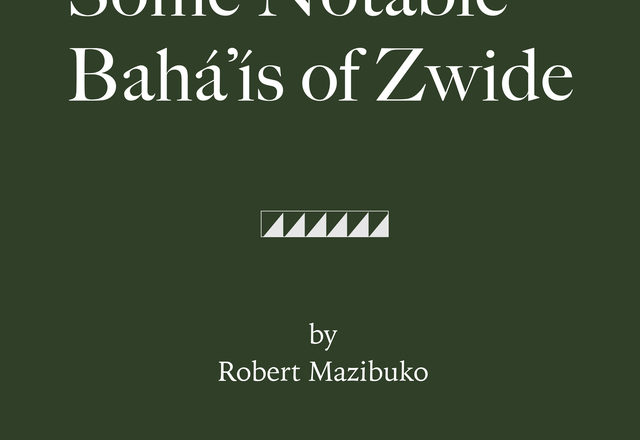 RoseDog Books has released Some Notable Bahá’ís of Zwide, a new book by Robert Mazibuko about how he, a friend and his former wife struggled to establish the Bahá’í faith and its local administration within the challenging environment of apartheid South Africa. It also chronicles the growth of the faith in the township of Zwide in Port Elizabeth.

Mazibuko, an information technologist and pharmaceutical production technician, was born in South Africa, settled in the United States in 1987 and became a citizen in the early 1990s. During a pilgrimage to Israel, he met his wife, Gretchen Misselt, and he is now retired and living on Washington Island.