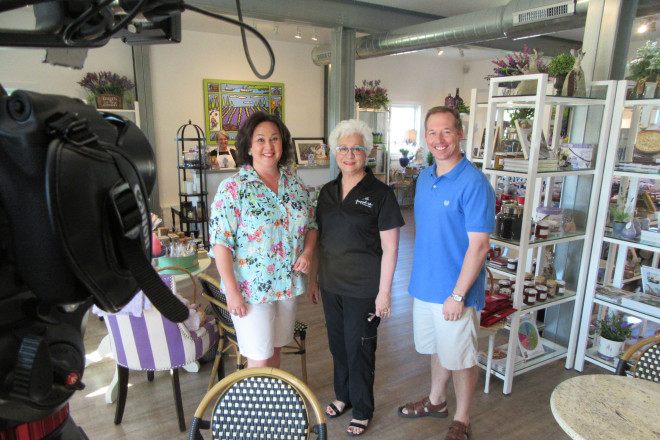 The long-running tourism TV show Discover Wisconsin, along with former host Stephanie Klett, are shining the spotlight on Washington Island. Premiering Feb. 20-21, “Washington Island: A Magical Place” was produced in partnership with the Wisconsin Department of Tourism and Wisconsin Coastal Management, and airs locally Feb. 20, at 6:30 pm on WFRV TV 5. It may also be streamed online at discoverwisconsin.com.

In this special episode, Klett is joined by Jon Jarosh from the Door County Visitor Bureau. Before touring Washington Island, the duo begins their journey via Door County’s famous – and most photographed – winding road near Gills Rock. After arriving to Washington Island by ferry, Klett and Jarosh learn about a shipwreck, dine at KK Fiske and uncover the beauty of Schoolhouse Beach. Also featured in the episode are: Paddlefest, the Stavkirke, Sievers School of Fiber Arts, Nelsen’s Hall Bitters Pub and Fragrant Isle. The pair also makes a stop on Rock Island to show off its recreational opportunities.