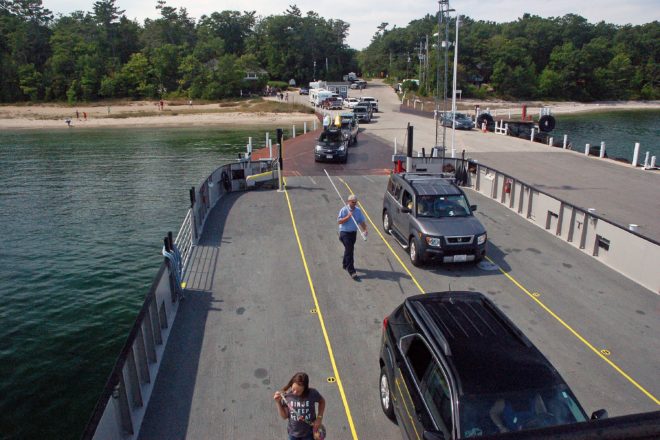 While he doesn’t have all the numbers yet, Hoyt Purinton thinks the 2016 ferry season might be the biggest yet for the 76-year-old Washington Island Ferry service.

“If it wasn’t the busiest, it was pretty darn close from everything I’ve seen,” said Purinton, president and general manager of the family ferry service. “It was wild and crazy. Hope the rest of the county has been the same.”

“At that time, we handled that kind of volume with less capacity and smaller boats, slower processing time,” he said. “Hopefully we’ve learned a few things and gotten better. We’re running on all eight cylinders and doing things faster than the last time we saw this kind of volume.”

Purinton described the 2015 season as “somewhere between pretty good and very good. We were hoping to match where we were last year.”

He cites two distinct reasons for the number of visitors to Washington Island who used the ferry service – great weather and low gas prices. But he said there is an indefinable third factor that he would like to identify because it has resulted in happier people.

“This year in particular people are more calm or generally more optimistic, which is good, despite the bad news they are beat about the head with daily and the uncertainty of an election year. I would like to know what that last piece is,” Purinton said. “I hope I’m not only meeting happy people. People just seem generally more optimistic or in a better mood.”

“Because of the wide market in multiple states that’s cast across and all the marketing follow-up behind it, I think that definitely made an impact. There are things in that video that people are specifically looking for,” Purinton said. “We’ve got the fairly new lavender operations, some other newer businesses on the island. Generally, it’s a positive buzz about Washington Island, aided by weather, low gas prices and generally high consumer optimism. That’s my take on it.”