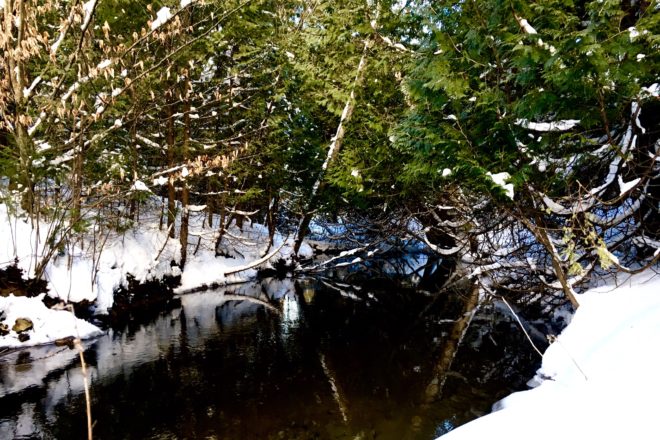 Spring can be cruel.

Inhabitants that straddle the 45th parallel, animals and human alike, should know, and not be surprised by, a healthy snowfall in April. Spring began its saunter into Door County, with all of its typical early season offerings that stir excitement in the human psyche – daffodils on the south side of buildings, fledgling tulips, a smattering of crocus, playful robins and returning geese.

Spring is closely aligned with its seasonal neighbor – winter, and last week the sky dropped a thick white blanket that brought the spring saunter to a dead stop. But the pause and anticipation for new beginnings, seemingly unbearable at times, is worth all the magic and wonder that spring and summer will bring.

Too many times my dog Ruby and I had taken a pass on a snowy hike, opting for the human comforts of stretching out in front of a warm, crackling fireplace. Too often we look forward to the season that is to be, rather than enjoying the season that is. The early spring snow, all 13 inches of it, was embraced, a gift to the procrastinator. Ruby and I scurried out of the house and into a cedar swamp to take advantage of it.

There was additional motivation, as I combined the hike with a fish scouting mission on a local stream. The migratory Rainbow Trout would soon be appearing in numbers. The melting snow had already begun trickling on top of and through the local soils, nonchalantly making its way into the streams and rivers, providing fish with a scent trail, coaxing them back to their place of birth; an impressive homecoming after spending a few years out in the big water.

Ruby and I broke trail, the sun had dropped below the tree line and the afternoon light filtered its way through the stately cedar branches. A light wind gently lofted tiny snowflakes off tall branches and released them into beams of sunlight. Millions of tiny snowy particles were glimmering during their leisurely decent, a scene of fairy tales. The varied snow conditions were causing Ruby some frustrations. This was especially true in a clearing that we came upon. As we ascended a small ridge the cedars parted, making way for low growing juniper. The opening in the tree canopy exposed the snow to sunlight for most of the day, and now a one-inch-thick crust formed on the top layer as temperatures dropped below freezing. Ruby broke through the top layer with each step until she figured out how to navigate the situation by hopping on all fours, resembling a rabbit pouncing in a field.

The noise from the county roads began to fade as we got closer to the creek, and disappeared altogether as we traversed down the creek bank. The faint humming traffic noise was replaced with the relaxing gurgling sound from the meandering creek, a sound that bounced off the steep creek banks, consuming the air completely. A symphony of birds became amplified, with seagulls filling most of the sounds of the sky. Soon geese added to the evening show, along with the occasional pair of sandhill cranes adding timely punches of noise.

Ruby and I were terrible fish scouts; we were horribly clumsy and loud. We nestled into the snow near some of the deeper pools of the creek, waiting for signs of life to return after our brutish approach. The south-facing creek banks had already melted the 13 inches of snow, and revealed the signs of spring that were evident in most places days before. Ruby grew impatient with the sitting and watching routine, and made it clear to me that she thought the best course of action was to follow fresh deer trails. She finally relented and began to eat the snow that had accumulated on her fur in preparation for our return home.

Spring can be cruel and tests the patience of most Midwesterners. The wait will be worth it, enjoy the season that is. 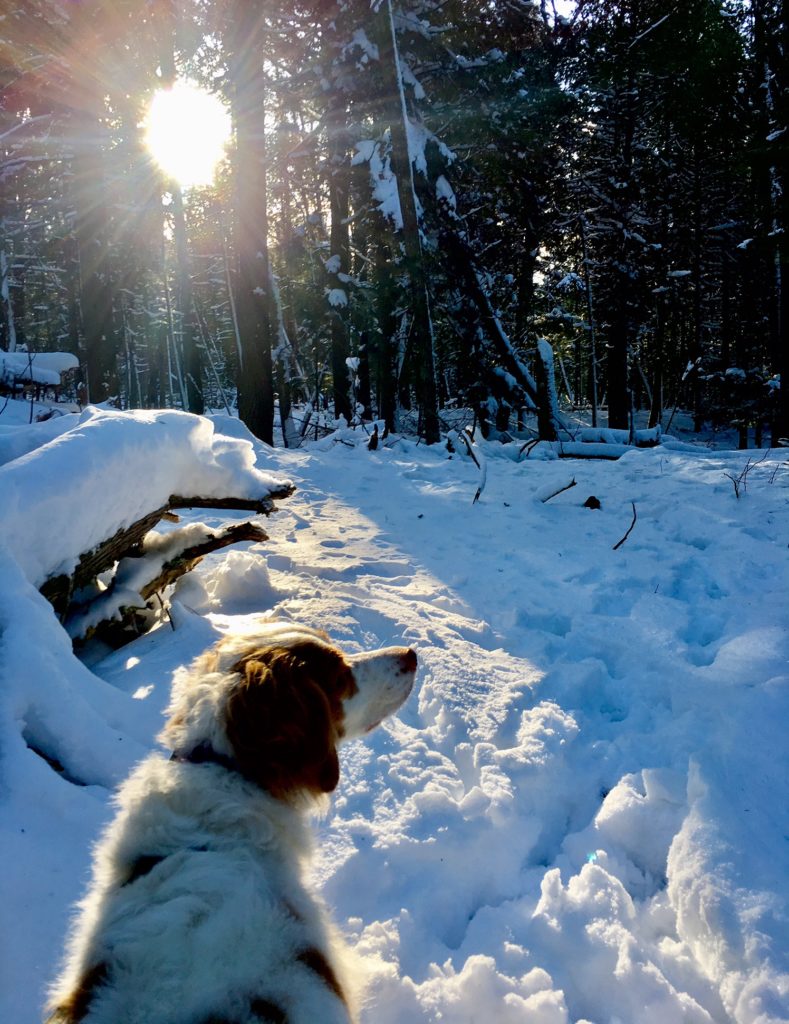 Your weekend forecast is looking really good if you love winter. A large, strong low-pressure system will be tracking over the central plains on Friday and over the western Great Lakes during the weekend. Periods of precipitation can be expected on Friday through Sunday, with strong flow over the cold front for the first half of the weekend, then lighter precipitation behind the low-pressure system for the second half. The system is big and will have many facets. Look for wintry precipitation at times over northern Wisconsin. For Door County, freezing rain may become an issue, mainly for the nighttime hours when there is no help from a high sun angle. Eventually, though, we could see some snow accumulations as the storm winds down, particularly for Sunday into Monday. Then colder air will stick around into next Tuesday.

Friday:  Rain. High near 37. Chance of precipitation is 80 percent.

Sunday:  A chance of rain and snow. Cloudy, with a high near 35. Breezy.