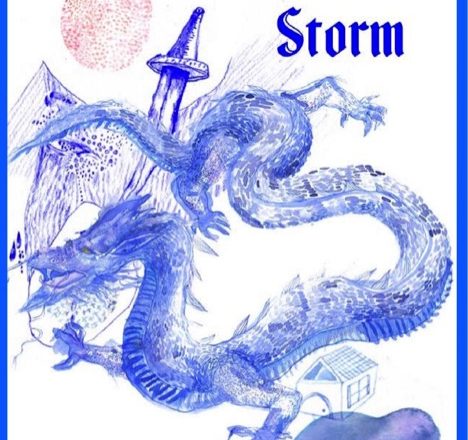 In the sea of time long past, many mighty creatures have risen to prominence only to be swallowed up by the unending cycle of death and renewal. Some fought valiantly for their survival; others were wiped out quickly and mercilessly. A tale of one of these moments in time is found in the pages of The Weirding Storm, a tale written in the traditional style of Beowulf and Homer’s Odyssey that pits humans, witches, dragons, and spirit beasts against each other in a fight for survival.

Written by Sturgeon Bay author Thomas Davis, the epic poem tells of a fragile peace threatened by madness struck into the hearts of man and dragon. Unilateral action and preemptive attack fan the flames of age-old tensions as fear blinds the intelligent and leaves the words of the wise unheard. Death itself rears its mighty head and threatens all life in a great flood of destruction, and can only be stopped by trust, teamwork and sacrifice.

Below it all is the ultimate question: can our race avoid extinction, unlike so many species that preceded us?

The opening scene shows the reader an eerily peaceful scene at a cottage on a mountainside. Dragons call this mountainside home as well, having carved out caves above the cottage and sought a peaceful life after ages of warring with humanity brought them to the brink of extinction. The cottage is home to Wei, a 10-year-old daughter of an exiled witch. Wei’s mother has just died of a sickness, and with winter coming and the nearby village distrustful of her, Wei’s future looks bleak. 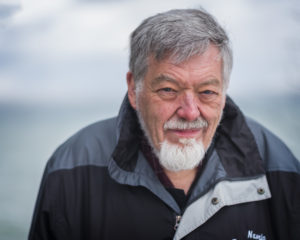 Ssruuanne, the oldest of the mountain dragons, takes pity on the child, landing before a hunter from the village to enlist his help in caring for the child. Rather than heeding her request, the hunter uselessly fires an arrow at the dragon’s hard scales and provokes her fiery breath, running back to the village incensed by fear of renewed conflict. This failed encounter, along with a healthy dose of fear, impatience, and a little bit of possession, sets off a series of events that put the two races on a course toward all-out war. The “weirding storm,” a time when chaos gains power in the world, brings about metamorphosis in the young heroine, instilling in her the power to save human and dragon alike from the very force that threatens it.

The elements at play in The Weirding Storm – fear, love, sectarianism, war, metamorphosis – all pertain to our world’s own period of “weirding.” As rapid change brings about conflict between groups, communication is unsuccessful and our leaders struggle to see beyond threats to a brighter future.

From all this darkness, Davis makes his point clear: chaos draws its power from the fear of death. The rage and bloodlust of every antagonist stems from an unwillingness to trust, a fear for the survival of their kind. Those who stand in their way hold on to a love of life and a wish for peace.

Love prevails in this story, but doesn’t leave us with much more than we started with. As Davis’ prelude reminds us, history has seen many species fade away. The tenuous peace at the beginning of the story was not easily won, and lasted for less than a human lifespan. The victory celebrated in the final stanzas is at best a temporary one. Underlying the “happily ever after” is an uneasy quiet brought about by life’s ever-present chaos. Perhaps the question raised by the characters of The Weirding Storm is one that has to be answered time and again throughout life, in every time of crisis and need, with every breath we take in the face of adversity, division and fear. Perhaps a young human, an old dragon, and a fearful hunter have much to teach us.