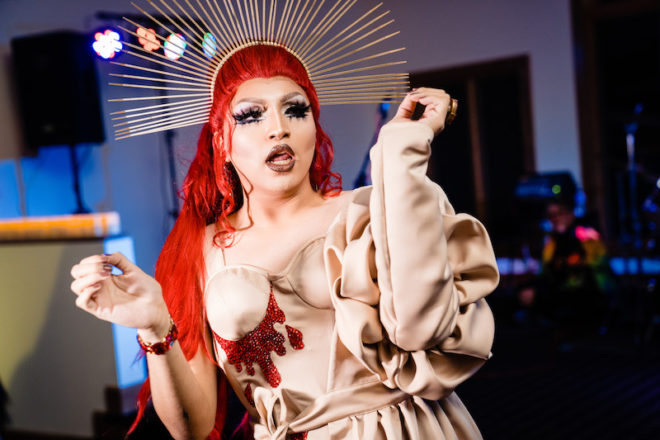 When Michael Meulemans and his husband, Doug Smith, decided to host a party with friends and family for their 20th anniversary in 2019, they weren’t expecting the enthusiastic reaction to the highlight of the night – a drag show. Word got out, and so many people were interested that they opened the party up to the public.

“It really resonated with Doug and I that this is a really great outreach [opportunity] to get the community involved and the people that are supportive,” Meulemans said.

Following the success of their first party, many attendees asked when the next one would be. After delays due to COVID-19, Mirrorball will make its return April 15-16.

Although the first party was open to the public – and the second will be as well – Mirrorball was built on close family ties as Meulemans and Smith reached out to family members who work in the entertainment world. One of Smith’s cousins happened to be dating Malaiya Marvel (one of the featured queens), who asked around for assistance. They ultimately decided a drag show would be something people had “never experienced before in Door County.”

Family and friends stepped up to help with all aspects of the show, from music to lighting, and when the idea of a second show came around, those involved the first time were open to participating again.

“We are very lucky and very blessed that we have that group that is all supportive,” Meulemans said.

Drag isn’t an art form that Door County residents typically get to see, so Meulemans and the queens hope to introduce the county to this type of personal expression and performance.

Drag is a gender-bending art form in which a person usually dresses up to exaggerate and inhabit a specific gender identity, typically of the opposite sex. However, with the increased visibility and support of the LGBTQIA+ community and fluidity in gender identity, these aren’t hard-and-fast qualifications of what a drag queen or king are.

“I think everyone comes with their own perceptions of what a drag queen should be. What they look like, what they wear, etc.,” said Paloma Foxx, one of the featured queens. “Whenever people who have never met a queen come see us, they always say we are very different from what they had expected. That’s always a joy because it means we are shattering and exceeding expectations.

“Drag is an individual’s expression, so it can look like anything. There is no one outline of what a queen can be. And that’s something I want more people to understand.”

Creating a drag persona and performance takes a lot of time and consideration, including picking a name, making costumes and doing makeup.

When Paloma first started drag, she used the name Oculus Prime – a nerd name referencing Transformers. Eventually, she felt she outgrew the name and wanted something to represent her heritage (Latinx) and give a nod to her drag mother, Chamilla Foxx. (A drag mother acts as a mentor to someone who is just entering the drag world.)

Another featured queen, Malaiya Marvel, combines her passion for drag and cosplay (an activity and performance art in which people wear costumes and accessories to represent a specific character in pop culture). She is affectionately known as the Cosplay Queen of Wisconsin.

Queens put many hours of work into preparing their looks, sometimes even handcrafting their own outfits. Paloma, who comes out of retirement to perform for Mirrorball, has her own fashion line, Voltage Couture, which hangs in drag-queen closets across the Midwest and has been featured on RuPaul’s Drag Race – arguably the most popular mainstream drag show on television.

“It’s pure expression and art at its core, and that’s what always keeps me excited about drag,” Paloma said. “You can be anything you want in the right wig and look!”

Mirrorball will be held over two days at the Baileys Harbor Town Hall. The first night will be game show style, with the queens and audience members playing The Match Game, with the queens dressing up as celebrities. Contestants will be pulled from the audience to win prizes. A $10 donation will be taken at the door, with all funds going to the Kendall Park Rejuvenation fund.

“We are really taxing all the drag queens to the nth degree,” Meulemans said.

A typical drag show consists of lip-sync performances that are highlighted with elaborate costuming and dance choreography that verges on acrobatics. (Check out the death drop for an example.)

Meulemans encourages anyone in the community who is interested to attend. The idea of Mirrorball is to create a safe and loving space for all people.

“We have come a long way in Door County, and we have some wonderful support groups within the community,” said Meulemans. “This all really makes me proud to be part of this community and help it grow in a positive way.”

Mirrorball features Anya K. Thunderkat, Jasper Madison, Malaiya Marvel, Paloma Foxx and Melee the Queen. Doors will open about 7:30 pm on April 15, with the main event beginning at 8 pm. Showtimes for April 16 are 4, 7 and 9 pm. There will be time to meet the performers between and after the shows. Visit facebook.com/houseofmirrorball to find out more details. 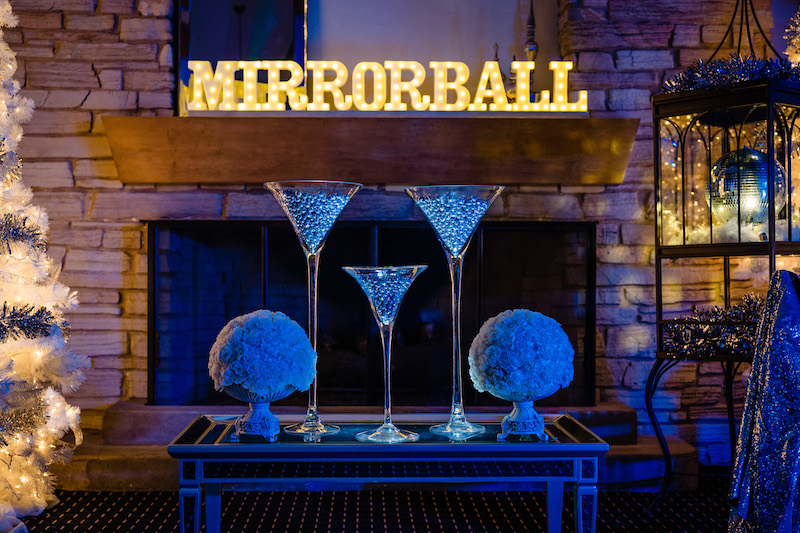 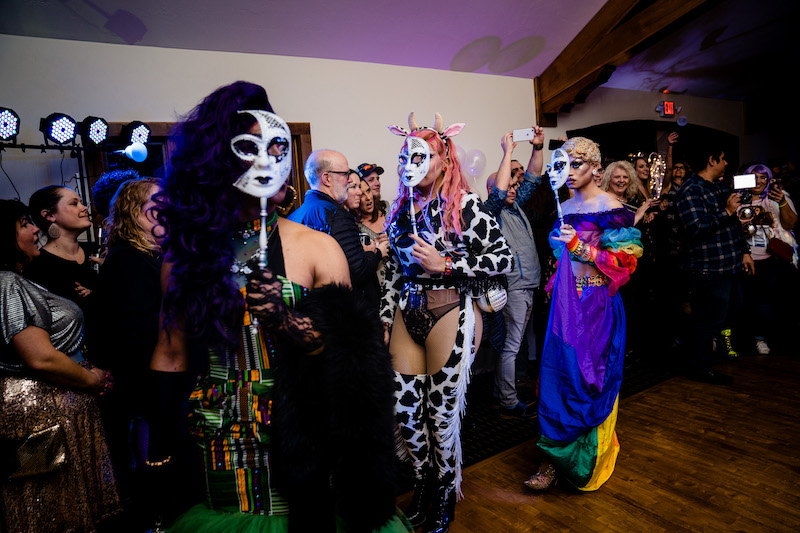 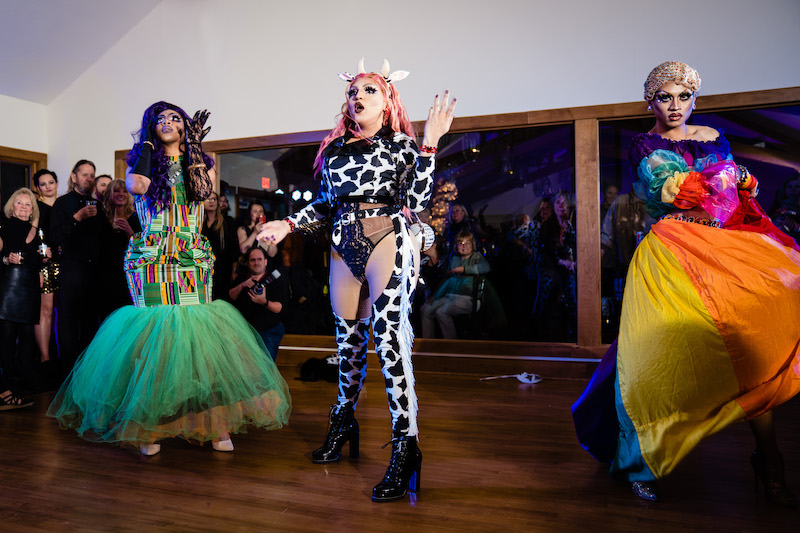 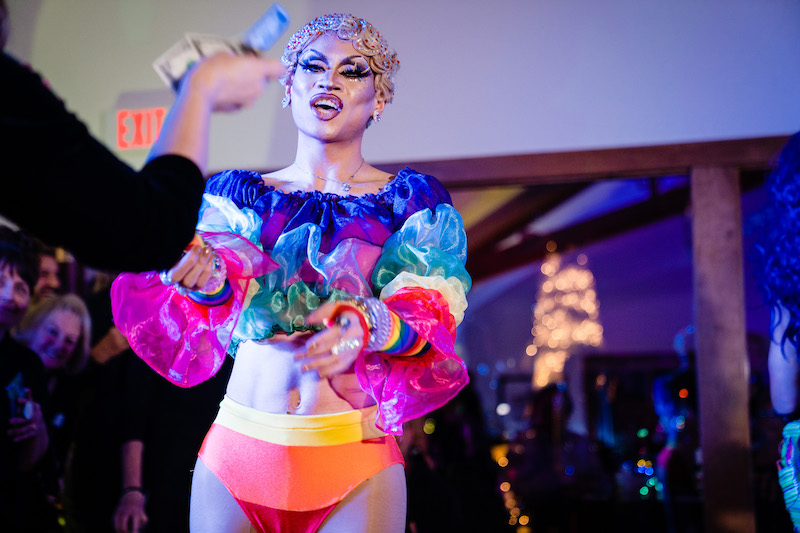 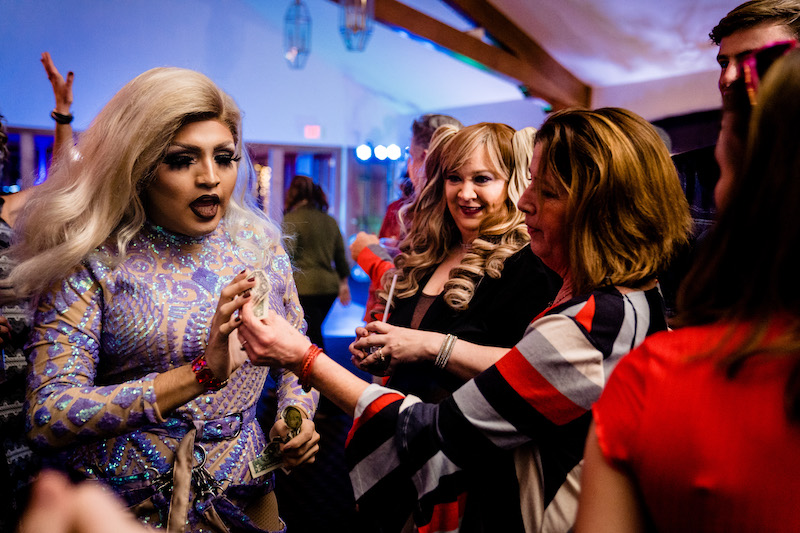 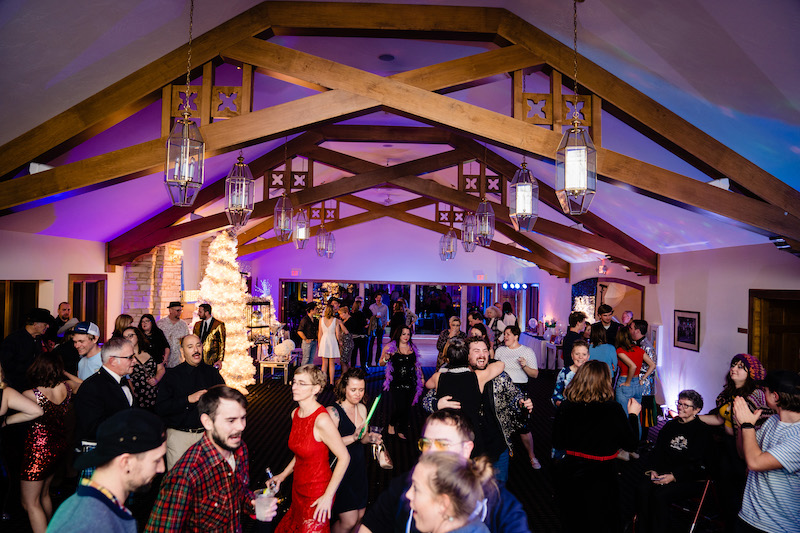 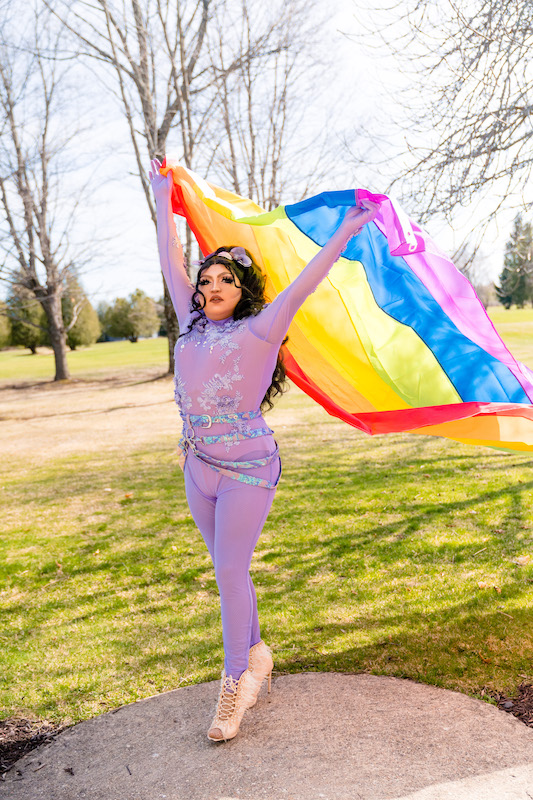 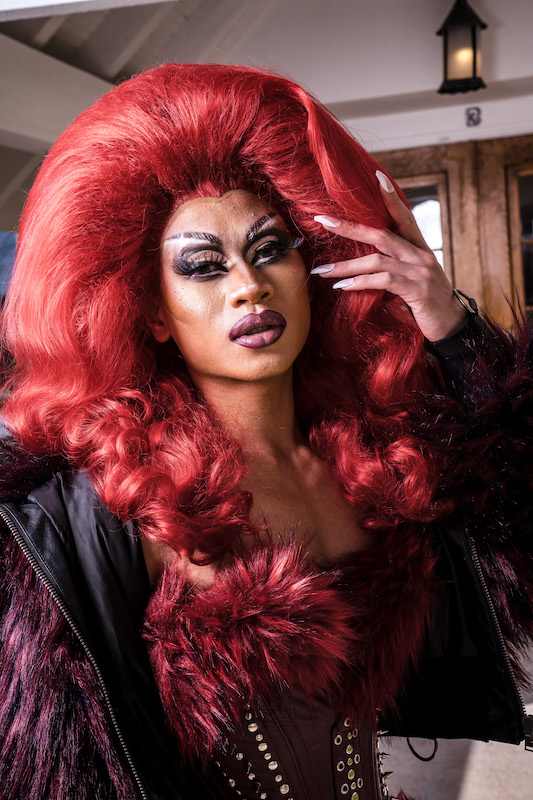 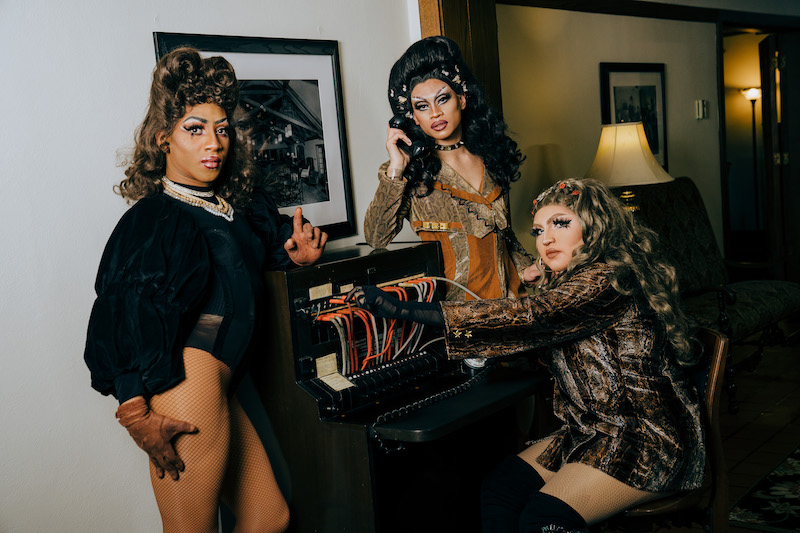 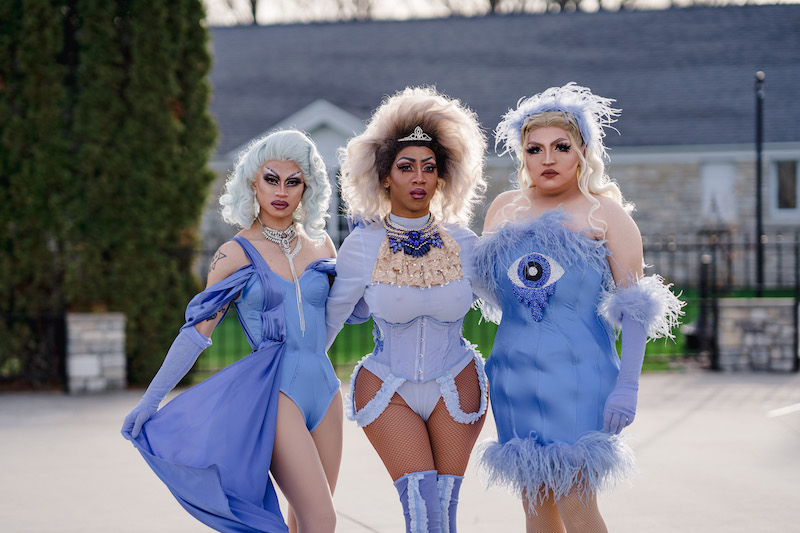 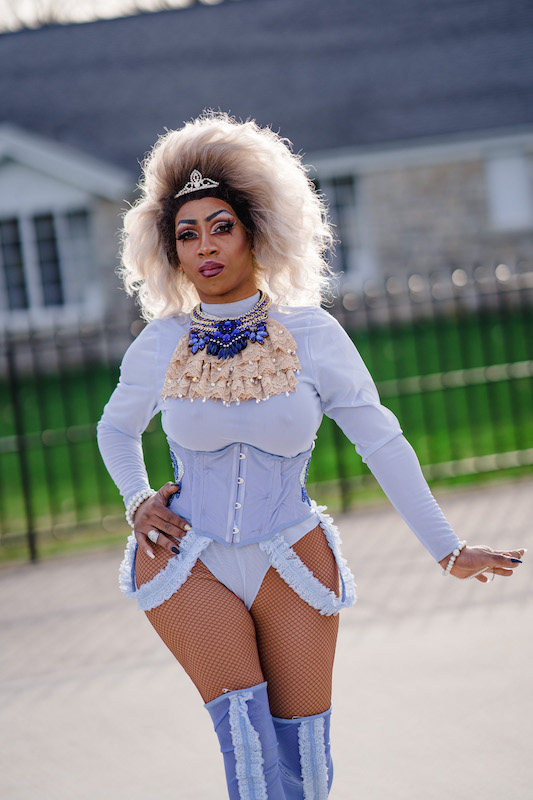 Are you attending a drag show for the first time and aren’t sure what to expect? Fear not! Before each show, Mirrorball organizers will go over the basics, but here are a few things to keep in mind before attending.

1. Don’t touch. Although a large part of a drag show is interactive, do not touch the performers unless they reach for you first.

2. Respect the performance space. There is usually a well-defined performance area, but because drag shows are interactive, queens may move in and out of the audience. Try to keep the area around you clear.

3. Make it rain cash. It costs a lot of money to be a drag queen, and tips are a large part of how performers make money. Arrive with cash, and be generous.

4. Give as much as you get. The success of a drag show really comes down to the energy exchange between the performer and the audience. When they come out to perform, the queens give their all. Show plenty of appreciation for their hard work and flair by cheering them on and showing them love.

5. Have fun! Put your assumptions and preconceived notions aside. Drag shows are supposed to be fun, so let your hair down and embrace the experience.