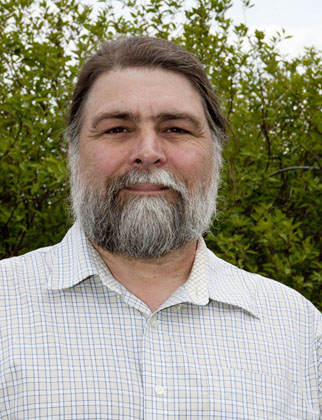 As executive director of the Wisconsin Wetlands Association, Tracy Hames is used to dealing with flaming ducks – otherwise known as dealing with a left-field issue that makes you stop important, productive work in order to deal with it.

“You have to stop everything and deal with the flaming duck,” Hames said.

Last fall Hames and others in the Wisconsin conservation community suddenly found themselves with a major flaming duck in the form of a bill proposed by Assembly Majority Leader Rep. Jim Steineke of Kaukauna that rolls back state wetland protections.

“This was like a flaming ostrich because it came out of the blue and it was so outrageous in the first bill that came out,” Hames said. “There’s been a lot of work by a lot of folks over the last several months, trying to make something out of this bill. It came off very extreme, deregulating one million acres of wetland. We’ve been working hard to get something reasonable.”

The wetlands bill passed the Assembly along mostly party lines, with four Republicans, including Rep. Joel Kitchens, voting against it. It was a straight party vote in the Senate on Feb. 20, with 18 Republicans voting for the bill and 14 Democrats against.

Steineke and his supporters argued that draconian wetland permitting laws were hampering growth and business development in the state. His original bill would have removed the permitting process for all state wetlands – an estimated one million acres. Developers would have to mitigate filled in wetlands by either purchasing credits from an approved wetland mitigation bank, purchase credits from the Wisconsin Department of Natural Resources-sponsored Wisconsin Wetland Conservation Trust, or by completing a mitigation project within the same watershed or within a half-mile of the affected area.

So the result, Hames said, is a bill that satisfies no one.

“I think we could have crafted some reforms that truly met the needs and addressed the permitting issues, and that would also protect the resources,” he said. “You can have robust economic development that also protects and uses wetlands on the landscape as a positive resource. Too often wetlands are seen as a barrier. Door County is such a great example of how you can do it right and use them as an asset, not just for tourism and recreation but also as means of managing the water resources across the landscape.

“As we’ve said over and over again, they don’t just provide wildlife and plant habitat,” Hames continued. “They provide really important flood retention functions and they are some of the most important features on the landscape, cleaning our water, especially in agricultural landscapes.”

Hames mentioned a study released just last month by the University of Minnesota that looked at wetlands in the Minnesota River basin, an area that is dense with agricultural lands.

“They found that of all the land practices that are being used to address nitrogen issues in the water, wetlands were found to be not only the most acre-for-acre useful for handling nitrogen, but were six to 10 times more effective than all the other land-based practices combined,” Hames said. “We’re not going to solve these issues we are facing in Wisconsin without wetlands. They are not the only thing we need, but we can’t do it without wetlands. This bill takes us exactly in the opposite direction. As communities are coming together to solve their water issues, they are going to have to be fighting against an unregulated resource.”

“They match up almost perfectly. That’s no coincidence,” he said. “We’ve lost half our wetlands. They are the great managers of waters that move across our landscape.”

“Sen. Cowles did a lot of work trying to make this work,” he said. “It was not his bill, but he really tried to bring people together and get this fixed. We really do applaud his efforts in trying. There seemed to be very little trust of the conservation community. Unfortunately, and unnecessarily so, groups like ours and sportsmen groups were looked at as anti-development. It couldn’t be farther from the truth. We can have robust economic development and take care of our wetlands. We’ve just got to be smart about it.”

Hames said he traveled the state talking about the bill and found wherever he went, this was a high priority issue with sportsmen groups.

“There are a lot of people in the hunting, fishing, trapping communities who are upset about this bill. It is refreshing to see that amount of passion among the people,” he said. “What we’re doing moving forward is building this coalition of sportsmen groups and move forward on a campaign to help our policymakers understand the importance of wetlands, and show the strong support for wetlands. Our perspective is, these are not partisan issues. There is no need to have this perception that wetlands are a barrier to development.”