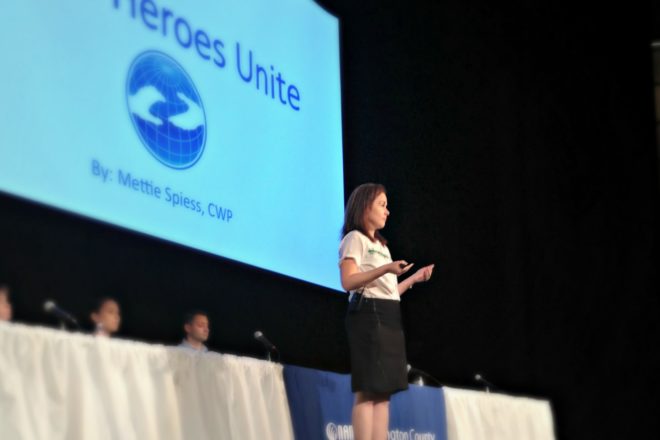 As a suicide and bullying prevention speaker and trainer I have been hearing a lot about the Netflix series 13 Reasons Why from students, educators and parents.

The series, based on a novel of the same name by Jay Asher, graphically depicts the suicide of fictional character Hannah Baker and addresses a number of difficult topics, including bullying, rape, drunken driving and slut shaming. The series also sheds light on the consequences of teenagers who witness assault and bullying and do not intervene or support the survivor.

Producers for the show say they hope the series can help those who may be struggling with thoughts of suicide, however, the suicide prevention community (including the Society of Clinical Child and Adolescent Psychology, International Association for Suicide Prevention and Suicide Awareness Voices of Education) have serious concerns about the negative effects the show is having on youth.

Teen suicide is an important issue that needs to be discussed. For youth (ages 12-18) and young adults (ages 18-22), suicide is the second leading cause of death. In Wisconsin, the youth suicide rate is nearly a third higher than the national rate. 13 Reasons Why has sparked the conversation about several realities teens face that some prefer to leave in the dark.

I recently asked more than 500 students jam-packed into a gymnasium, who ultimately “won” the dangerous game the show depicts – Hannah, the bullies, or no one? Unanimously, the crowd shouted, “Hannah, she got the revenge.”

The belief that revenge is gained when someone ends their life is a dangerous misconception, especially to youth who are experiencing bullying and/or suicidal thoughts. Many youth can differentiate between fictional drama and real life but some may romanticize Hannah’s choices and/or create revenge fantasies.

Since the show’s debut, crisis calls into the suicide prevention hotline in many states have skyrocketed; in Raleigh, N.C., the rates have almost tripled. The fact that teens are reaching out for help is great but many are reaching out during or after a suicide attempt has taken place.

How to talk to your child/student about the show

Ask your teen if they have watched the show and/or read the book. If they have, use it as an opportunity to talk about the complicated issues it addresses.

If they open up about bullying, assault and/or suicidal ideation they have or are currently experiencing, do not freak out! The teens I work with tell me fear of their parent’s reaction is what keeps them from talking to their parents.

Create a safe and open environment and listen to their feelings and personal experiences. Do not downplay or trivialize what they are going through as typical “teenage drama.” Validate how they feel and acknowledge that the anxiety and pain they feel is real.

Reinforce that suicide is never a solution, heroic or romantic. The best revenge is rising above adversity and living well. Also, express that treatment and help is always available. Support can be found through their school counselors, family doctor and the National Suicide Prevention Hotline: 1.800.273.TALK, and/or text CONNECT to 741741.

We will discuss how to create safe schools, homes, and communities at the “Empowered Voices, Save Lives” free event and resource fair at Stone Harbor Resort in Sturgeon Bay on May 15 at 6 pm. Together, we can achieve zero suicides in Door County.