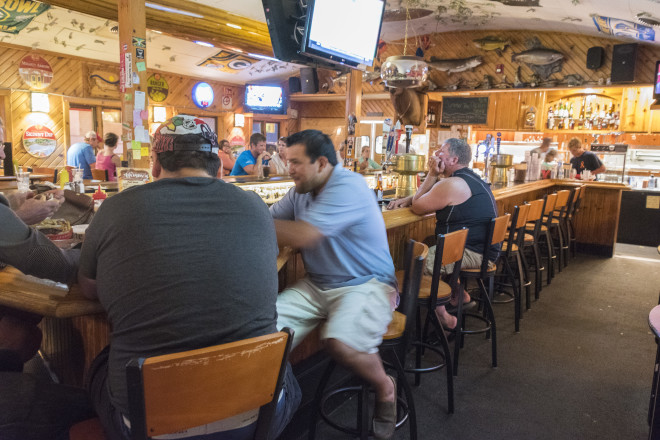 The first time I walked behind the bar for a shift at Husby’s, my steps were stunted, my voice shook, and beads of sweat welled on my head.

My brother and two friends who were our business partners were excited by the chance to take over the bar when the opportunity crossed our paths in September of 1999. I was decidedly not. Sure, it was a great business opportunity, but the pressure of owning Husby’s, which belonged to a crowd I didn’t really know, was overwhelming.

This was the bar of the working man, the bar that my friends’ parents called home for a couple of hours every evening after a long day on the job, the bar that people counted on having its doors open every day of the year to be there for them to celebrate the good times and drink away the bad.

My name might now be on the lease, but the “owners” of Husby’s were on the stool side of the bar.

I looked down that bar, Big Glenn in the pole position by the taps (no bartender can ignore you by the taps), The Butcher with his frosted mug, then a handful of my friends’ parents in red construction sweaters, eyeing me up. Beyond them, a couple of raspy-voiced women who once ruled this bar, and who as little girls ordered Black Cows from founder Emma Husby when she wheeled her way around the bar in her final days. 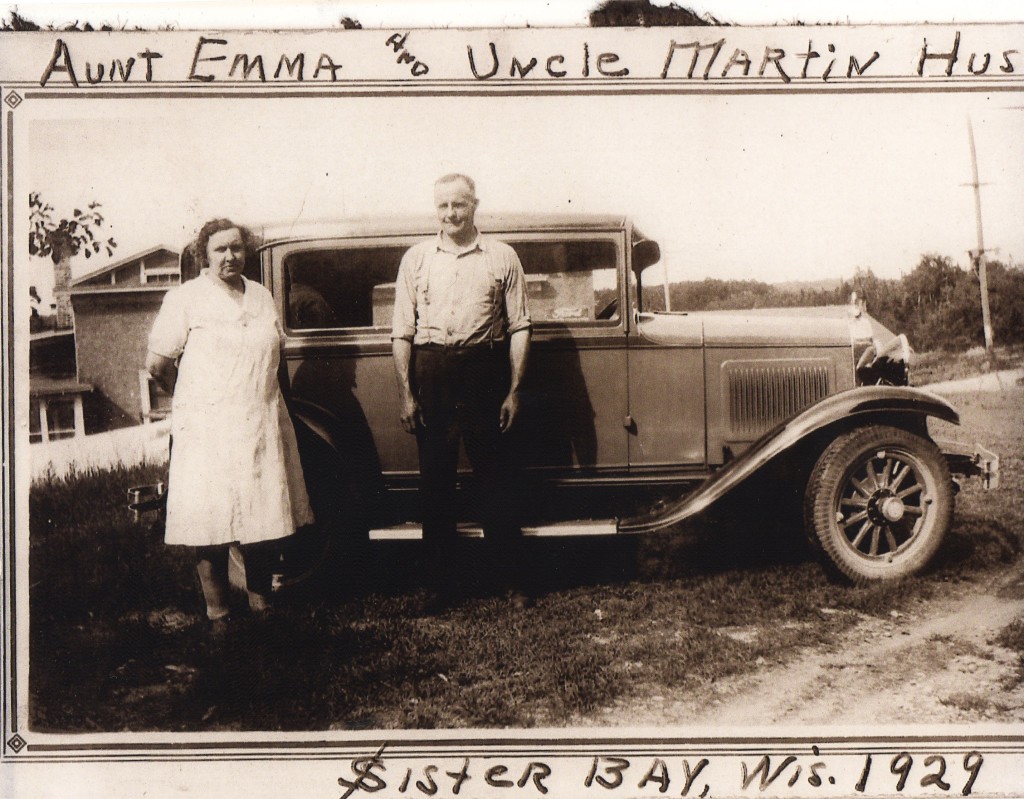 Emma Husby created a watering hole that has been a gathering place of all kinds for generations.

I thought I was local. I went to the same school as their kids, played on the same little league fields, got my butt kicked on the same awful high school football team. But this was not my bar. My family never frequented the place, my Dad never spent happy hours here. I grew up in Egg Harbor, and I learned quickly that in Sister Bay, Egg Harbor was not local. I might as well have been a FIB, an idea furthered by those whose kids didn’t grow up with me.

But their stink-eyes were hiding something – joy. Nothing entertained them more than a fresh new bartender to mess with. A guy who never ordered a drink that didn’t start with “Bud” and end with “er” would ask for a cubra libre, just to mess with you (it’s a rum and coke with a lime). The guy at the end of the bar loved to use his cell phone to call the bar, just to make you run down to answer it so he could order his drink over the phone.

Winters are long, and quiet, on the corner that has been ably manned by Husby’s and the Sister Bay Bowl for more than a century.

Eventually, I’d learn to dish out the bull as well as my customers, learn to spin drinks fast enough to keep mugs and glasses full, and after a year or so most of the skeptics came around, admitting that maybe these guys weren’t such bad caretakers of their bar after all.

Then came one of the roughest months Northern Door ever endured. At the end of a long winter Johnny Gonzales, a beloved local restaurateur, father to a couple of my friends, and the star of many a Halloween party, fell through the ice and drowned. He was just 41. The tears had barely stopped flowing in Sister Bay when our own beloved bartender at Husby’s and life of the party, Darin Daubner, collapsed and died at age 34. And three weeks after that, American Folklore Theatre founder Fred Alley died during a run in Baileys Harbor. He was just 38. 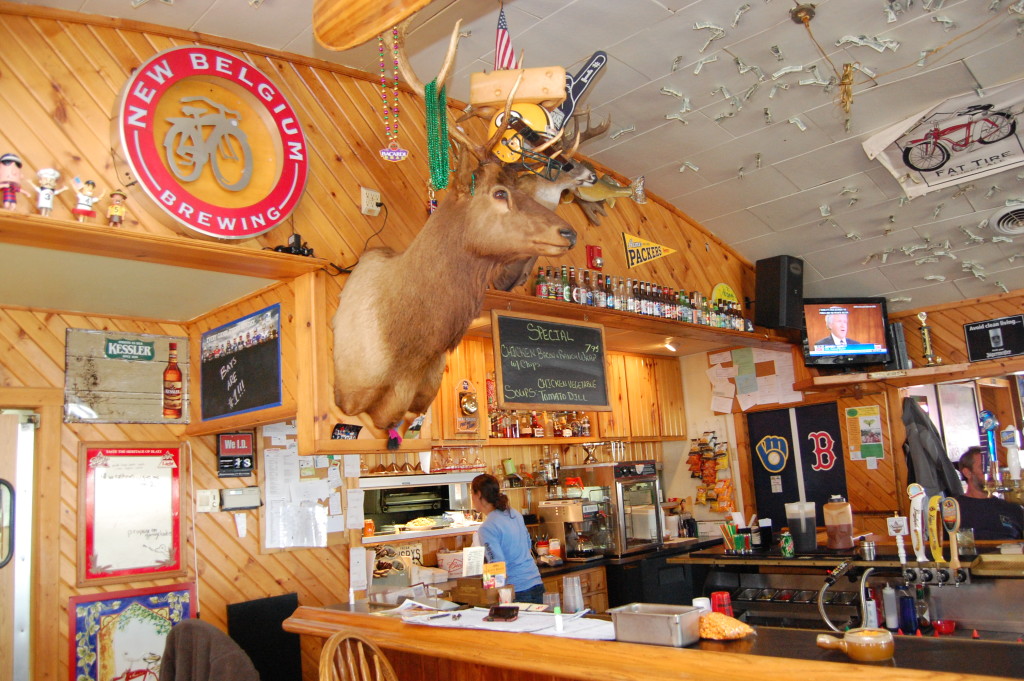 After each loss, we cried over beers at the bar, scores of us swapping stories about our friends and struggling to come to grips with gaping new holes in the fabric of our tiny town. It seemed we had only just finished cleaning up after one post-funeral brunch, when another began. In what is usually the optimistic fresh light of spring, Northern Door felt heavier and grayer than ever, and I learned a lot more about the importance of the bar than all the good days combined.

There may not have been a lot of cash going into drawers, and we may have closed a little later on some of those nights than we were supposed to, but people needed a place to go, to share stories, to confirm that they weren’t the only ones who felt empty. They didn’t know what to say, but it was better to not know in the presence of friends.

That awful spring taught me a lot about myself, my town, and especially why that bar meant so much to so many. Decade after decade, people had felt every emotion inside those walls. They’d laughed, they’d cried. They’d fallen in love there, and too often fallen out of love. They’d celebrated, and they’d mourned. And the walls of that bar absorbed it all, the good and the bad, our best and our worst. And in good times and bad, Husby’s was the common ground they could return to, always there, always open, always pretty much the same.

Myles Dannhausen was one of the owners of Husby’s from 1999 to 2003 and later tended bar at T. Ashwell’s and the Sister Bay Bowl. 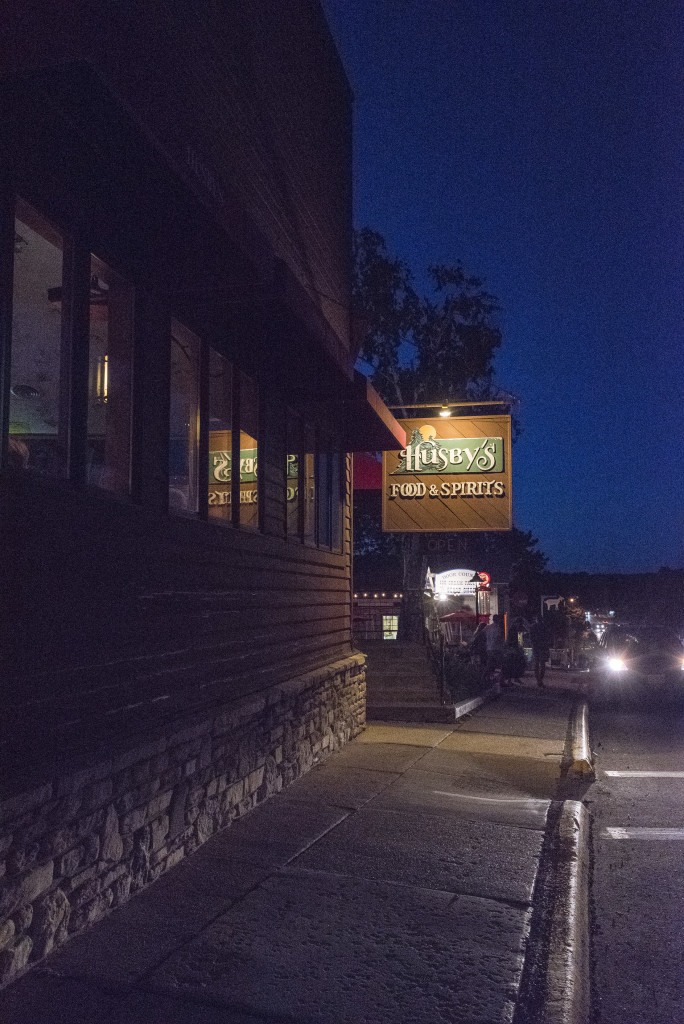 When others close, Husby’s is open, whether late on a spring night or the dead of a cold winter. Photo by Len Villano.