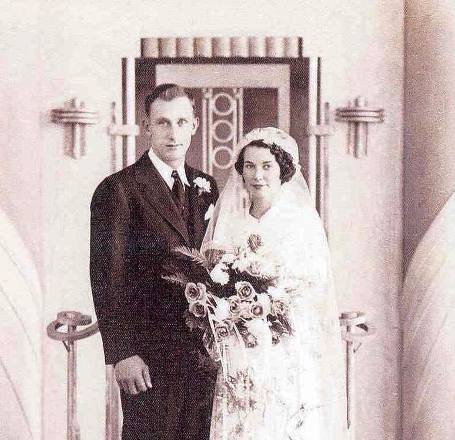 “When I look back on it, my first role models of working women were Egg Harbor people,” Bonnie Cady told me. “Helen Haen, Esther Birnschein, Tuie Bogenschutz, those are the first women I can remember seeing working.”

I had called Cady to talk about what Egg Harbor was like back when families like hers still took summer vacations in the literal sense, packing up in June to spend four to ten weeks at a resort or cottage in Door County. She began coming to Door County before she was two years old, first staying with her grandparents at the Cupola House, then at the family cottage next to the “Cherry Dock” down the hill, where I met her in early August.

Cady shared a deep reservoir of Egg Harbor memories with me, some familiar to the stories of so many others who have made our shores a second home, but it was this tangent about the women of the town that stuck with me.

She was thinking back to the ’40s and ’50s, when it was still thought by most that a woman’s place was to stay at home while the men worked. Back in Minneapolis, Cady said the stay-at-home mom image is all she saw. But summer vacation in Door County opened her eyes to a different role and different aspirations.

“Up here [women] all ran shops, owned businesses, or were partners with their husbands in business,” she recalled. “Helen Haen was always working at she and Harvey’s gas station, pumping gas, checking oil. When Harvey was back in the shop working – which he always was – Helen would check out a vehicle as it came in and figure out what was wrong.”

Cady remembers the Haens’ shop vividly because she, like so many of the village kids, spent hours passing the day at the garage. “We were always welcome there,” she said. Across the street was another gas station that doubled as a car dealership. Owned by Herman Birnschein, it was a much more formal place where Herman’s wife Esther handled the books.

“Esther Birnschein always wore a suit and high heels,” Cady recalled, another image that was unfamiliar to the city kid. “It was a more adult place.”

Women were prominent figures throughout the town, including Lena Vertz at Lena’s Sip and Chat and Lucille “Tuie” Bogenschutz, who served as clerk and carrier for the post office.

To those who lived in Egg Harbor at the time, the role of these women likely never stood out. It was just how they made a life, made ends meet, supported their family. But to Bonnie Cady, a little girl from the city, these images of working women made a lasting impression.

A couple days after speaking with Cady I found myself in a room full of nearly 300 of today’s Door County women at the Women’s Fund Luncheon at Stone Harbor Resort. They were there to listen to Rebecca Ryan, author and community consultant, speak about the struggle women still face to raise society’s expectations for women.

“We can control what we expect from women in our community,” Ryan told the enthusiastic crowd. “We will live into those expectations.”

Ryan works with communities through her company, Next Generation Consulting, to help them create a vibrant working environment for young professionals. She is the author of Live First, Work Second, a book about how communities and companies can attract and retain the next generation of creative workers.

At the Women’s Fund luncheon she tailored her message to address how we mentor young women in our community. I was one of maybe a dozen men in the audience, which is too bad, because as Ryan pointed out after her presentation, it’s often the men in a community that need to change first.

“Who is on your boards?” she asked. “Who is trying to solve problems, who is doing the thinking? If it’s all old white guys in their 60s, you’re not going to get a lot of new thinking. Nothing against old white guys, but you‘re going to need diverse people around the table to come up with diverse ideas.”

While Door County is fortunate to have several strong, assertive women in positions of power – Denise Bhirdo, President of the Sister Bay Village Board, Nancy Fisher in the same role in Egg Harbor, Vicki Wilson on the boards of the Door County Economic Development Corporation and Door County Visitor Bureau, to name a few – they have far too few female colleagues.

At the elected level, eighteen of our 21 Door County Board Supervisors are men. Our state representative and state senator are both men. Our Congressman and both of our U.S. Senators are men.

Some of the responsibility for this under-representation falls on the norms of society at large, but we men aren’t great at looking outside our locker room either. When it comes time to find new board members and to put new people in leadership positions, men tend to look to other men first.

Given this, Ryan said she is not surprised that we have struggled to address many of our community’s largest challenges like affordable housing, keeping and attracting young professionals, and creating new jobs, when we continue to attack them from the same point of view – usually that of older, white males.

But Ryan doesn’t let women off the hook. Women can’t win elected office without running, and they don’t have to wait for men to offer them a seat at the table.

“Women have to assert themselves,” Ryan told me. “Then we need to communicate that to young girls. You need some type of a forum where their expectations can be shifted. Where women who have a dream beyond themselves can get together.”

In two years, the Women’s Fund has raised $140,000 for grants that have been awarded to 11 Door County organizations working to help area women build self-esteem, dignity and independence. It’s a start, but only that.

Ryan’s words were empowering and spoke to the challenges women still face in striving for the same career and life goals as men. But Cady’s memory reminds us that we need not always look afar for similar inspiration.

The exceptional lifestyles of women like Helen Haen and Esther Birnschein may have been taken for granted in the Egg Harbor of the 1950s, but to a little girl from Minneapolis, they helped change the expectation for what being a woman could mean.