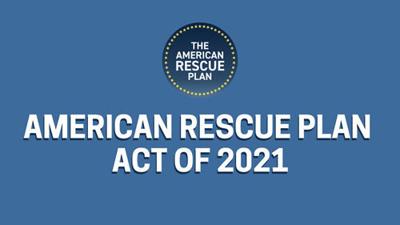 County Board supervisors will size up projects Tuesday for some of the $5.3 million in federal funding

Some of the primary issues that make life more difficult if not a true struggle in Door County – broadband, child care, affordable housing, mental-health issues – may receive an infusion of dollars from the County of Door.

The Door County Board of Supervisors will consider a list of projects during its Jan. 25 meeting that could be funded with the county’s $5,374,185 in American Rescue Plan Act (ARPA) dollars. The ARPA money can be spent on a range of government operations that fall under broad categories addressing public-health emergencies and negative economic impacts, serving those hardest hit or improving access to infrastructure. The money must be obligated by Dec. 31, 2024, and spent by Dec. 31, 2026.

The county held a public-input meeting last week to take suggestions about the ARPA allocations. Some who spoke reiterated requests already on the county’s short list of projects. Others represented local nonprofit organizations, two of those elder-care agencies – Advocates In-Home Care and Do Good Door County.

Another request came from HELP of Door County, which deals with domestic violence that has “drastically increased and also the lethality” under the stressors of COVID-19, said Milly Gonzales, the organization’s executive director, during the Jan. 12 public meeting.

“I have three advocates serving the entire county, and we’re understaffed and underfunded,” she said. “The last two years have been brutal.”

Gonazales and others were asked to summarize in writing their specific requests.

The following week, during the Jan. 17 Finance Committee meeting, Ken Pabich, county administrator, said if some of the money were used to fund nonprofit requests, they’d first have to decide which nonprofits, and then how to monitor that the money is being used as intended. The Finance Committee took a look at the list Monday, but members said they wanted the full county board to weigh in. Some supervisors, however, offered some advance insight into their thoughts about the projects.

“I think we should zero in on broadband and let the other stuff fall to the wayside,” said Dan Austad, a supervisor and Finance Committee member.

“I do think broadband is important, but I feel there are a lot of needs that we’ve seen exposed in living color during this pandemic,” said Susan Kohout, county board vice chair and Finance Committee member. “They’re not going to get better by not addressing them or waiting even longer.”

Below is a summary of the projects the full county board will consider Jan. 25, with projected costs and duration.

Broadband Services, Including a Broadband Coordinator

Status: The Finance Committee passed a resolution Jan. 17 that creates the position. That resolution will go next to the Administrative Committee and then to the full county board Jan. 25.

The county is taking a lead on the Door County Economic Development Corporation-commissioned report, completed late last year, that shows a path forward to bring high-quality, fiber broadband services to all homes and businesses on the peninsula.

The $1 million will go toward hiring a broadband coordinator who will report to the county administrator, with salary and benefits starting at $112,000 the first year, $114,500 the second year and $117,000 the third year. Money will also go toward professional development, training, grants and network buildout as the county works with municipalities across the peninsula to create a separate, but integrated system.

The county has, for more than 20 years, administered a uniform addressing ordinance in the 14 towns that have adopted county zoning. Many of the signs that have been installed are now 20-plus years old. This project would replace all existing green, single-sided fire-number signs in the 14 towns with blue, two-sided signs placed perpendicular to the road.

Expected duration: The money would fund a one-time purchase of a building. The ongoing costs would be maintenance for the facility. The county will always have fiscal responsibility for alcohol- and drug-treatment services, and the in-county facility is expected to decrease those costs per individual needing care.

This funding would bridge the county’s biggest gap in mental-health/addiction-treatment services by providing a sober-living environment for individuals who are in counseling services or returning from a residential treatment setting outside the county, according to Joe Krebsbach, director of Door County Health and Human Services.

Krebsbach said those who are sent to residential treatment are often methamphetamine, heroin or opioid users. Door County doesn’t have “huge numbers” of those patients, but they have doubled during the last two years over the previous two.

“Those drugs have a faster impact on the brain, and so those folks often need longer-term treatment” and higher levels of care, Krebsbach said.

Residential treatment for one month costs $7,000 per person, which the county currently pays. If that person goes afterward to a sober-living facility as a transitional arrangement to minimize the likelihood of relapse, the cost is close to $4,000 per person.

Currently, two companies are interested in running a sober-living house in Door County, but they don’t have a facility.

“There would be ongoing costs, but it would be minimal – primarily for maintenance of the house,” Krebsbach said.

This developer was awarded federal low-income-housing tax credits from the Wisconsin Housing and Economic Development Authority (WHEDA), worth $718,283 annually for the next 10 years, to help offset the construction costs for 45 affordable-rental units in Sister Bay – units that are required to remain affordable for at least 30 years.

Mariah Goode, director of Door County Land Use Services, said the developer is running short of the money she needs to make the project happen.

“It’s not a small feat to get those tax credits approved in Door County, or rural areas in general,” Goode said. “It would be a real shame if we couldn’t bring this to fruition.”

This money would contribute to a new revolving loan fund that will be administered by a new corporation that would be jointly established and run by the Door County Community Foundation (DCCF) and Neighborhood Works Green Bay.

The revolving loan fund is expected to enable developers to construct affordable-rental units in Door County for the next 30 years – something they are unable to do currently when construction costs require rents higher than the market can bear. The start-up is for 150 rental units, with more than 700 ultimately anticipated.

Mariah Goode, director of Door County Land Use Services, said the program grew out of the WHEDA pilot-project initiative a year ago. Total initial funding is expected to be $14,250,000, which includes this requested allocation, $11,250,000 from developers, $1.5 million from WHEDA and $1.5 million in matching funds raised by DCCF.

“We just found out last week that WHEDA is assured to put $1.5 million in this pot of money,” Goode said, in the form of a 30-year, no-interest loan with a balloon payment at the end.

“There won’t be any cost to the county – no staff, no buildings,” said Goode, who added that she’s had calls from developers who want to do affordable, workforce-housing units.

Expected duration: Three years. After that, “there would be no ongoing commitment from the county,” said Cori McFarlane, deputy director of Door County Health and Human Services. The three-year commitment would “go a long way toward stabilizing the child care environment,” she said.

This funding will support a new, full-time staff coordinator over three years for Door County United Way to support the recruitment, retention and training of child care providers across the peninsula; and offer start-up/expansion grants for home-based child care. The activities would augment, but not duplicate, the child care initiatives that United Way will support with a $3.5 million grant the organization was awarded late last year.

Those grant dollars, said Amy Kohnle, United Way executive director, during the Jan. 12 public meeting, will “solve a very tiny part of our child care problem,” and is “not the silver bullet,” but rather “just the beginning of our work.” The full-time staff person proposed by the county’s Health and Human Services Department would prevent United Way from having to spend any of its grant dollars on a staff position to help administer the grant and its initiatives.

This project would conduct a preliminary screen of approximately 20 private Door County wells for “emerging” contaminants – PFAS (per- and polyfluoroalkyl substances), PAHs (polycyclic aromatic hydrocarbons), microplastics, chloride, pesticides/herbicides, personal-care products and pharmaceuticals. Little to no specific data exists for these substances in Door County wells, yet there is heightened concern about their presence in drinking-water supplies across the state and country.

“These are expensive, and that’s why we don’t do them right now,” said Erin Hanson, director of the Door County Soil and Water Conservation
Department.

This project would hire a certified contractor to control 120 acres of non-native phragmites over three years. The primary focus would be controlling approximately 85% of known populations on private property.

This education/training program would sponsor up to four EMTs, two AEMTs and two paramedics per year by covering the cost of the class and books, and requiring a commitment from the students to work for the department for a certain length of time. The program is a “huge supplement to our long-term recruitment program,” said Aaron LeClair, director of Door County Emergency Services.