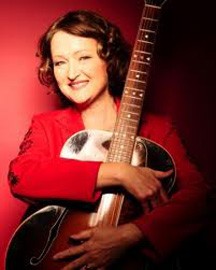 Western swing performing and recording artist Carolyn Martin will be featured in concert on March 20 at the White Gull Inn in Fish Creek. Although she is new to the White Gull series, Door County audiences may remember the 2011 guest appearance of Martin and her husband and musical collaborator Dave with Eric Lewis at Fishstock in Fish Creek.

Performing classic cover tunes and original material, Martin says she draws her inspiration not only from the classic western swing groups of the 1930s through the 1950s, but also from the big band swing era, Broadway show tunes and southern blues.

Martin’s album Cookin’ with Carolyn was named the 2011 Best Western Swing Album by the Western Music Association and she was inducted into the Texas Western Swing Hall of Fame in 2011.