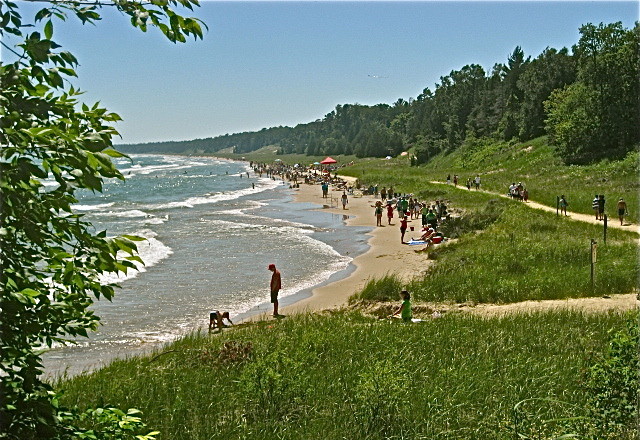 “To those devoid of imagination a blank place on the map is a useless waste; to others, the most valuable part.” Aldo Leopold

According to Carl Scholz, longtime Door County educator and conservationist, what makes Whitefish Dunes State Park so unique is the incredible diversity. The largest sand dunes on Lake Michigan’s west shore, the beautiful beach, the rocky shoreline, the hardwood and boreal forests, the meadow and marsh, together sustain a wide array of plants and animals native to the Door Peninsula.

Whitefish Dunes is essentially a time machine. On the trails at this remarkable park you explore a multi-dimensional landscape before all the highways and homes, communities and condos, farms and fields, orchards and galleries. Talk about variety: here you can experience expansive pristine shoreline (both rocky and sandy); dolomite outcrops; forests of not just hardwoods, but fir, pine, hemlock and cedar; wetland and grassland. It’s so exceptional that more than a century ago, President Theodore Roosevelt had identified it as worthy of long-term protection.

Except for a small gravel road and a couple buildings, it was always a blank place on the map. It’s more than 800 acres, and was most recently owned by only three families. It was here that my grandmother had a modest cottage, a shack tucked in the woods adjacent to Lake Michigan. I say shack, because it lacked electricity, running water, insulation, or even a foundation. 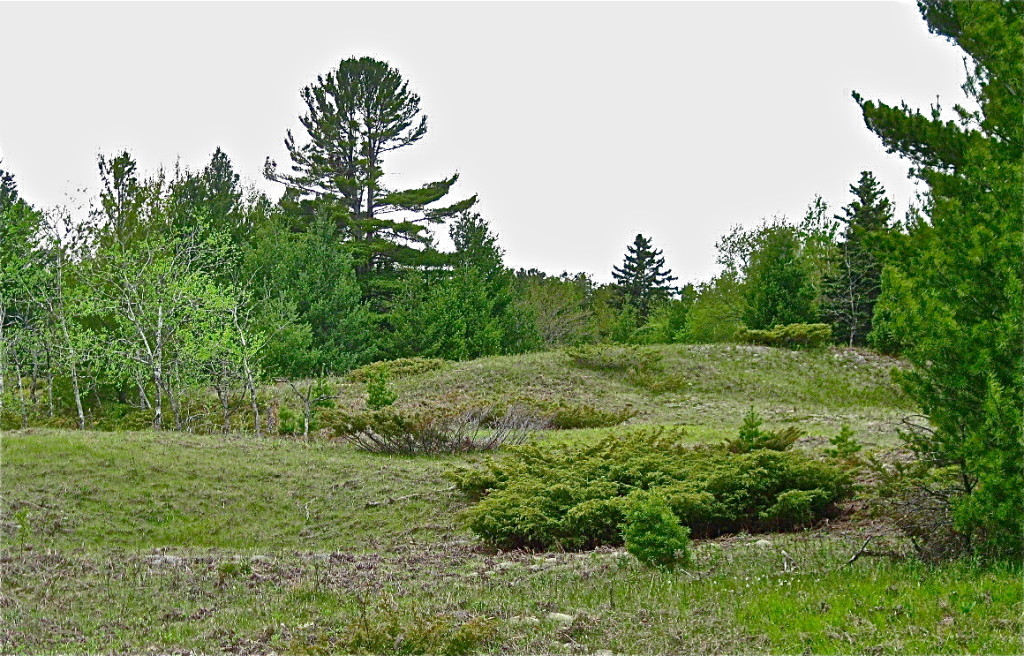 In spite of no modern conveniences, it had a gravitational attraction to us kids. There was a real sense of place. It was a seemingly inexhaustible source of discovery…from corn lilies to leopard frogs, from ovenbirds to wood betony, from garter snakes to goldthread, from beech drops to bearberry. Each hike, each walk, each exploration became a magical mystery tour. The contradictory term “undeveloped” is often applied (inappropriately) to such incredibly complex natural areas.

And there was the ever-present, ever-changing personality of the “shining Big-Sea-Water” where this great lake touches the shore. Winds can make the surface sparkle in the sun, or kick up monster waves and river-like currents. With no wind the lake becomes a vast mirror. The color of the water varies from dark turquoise to aqua to sky blue to salmon to sullen gray. Sometimes if we were back in the woods, to get our bearings we’d just stop and listen for the lake.

A short distance to the north, on the way to Cave Point, there are ancient layered dolomite cliffs. These sedimentary rocks were deposited just about a half billion years ago. Here, what is called “geologic time” becomes tangible. Here your imagination allows you to gaze not just into clear water, but beyond it, out into the depth of time.

In his book Desert Solitaire, Edward Abbey called this sort of thing, “the shock of the real…. A section of eternity…out there is a different world, older and greater and deeper by far than ours.” 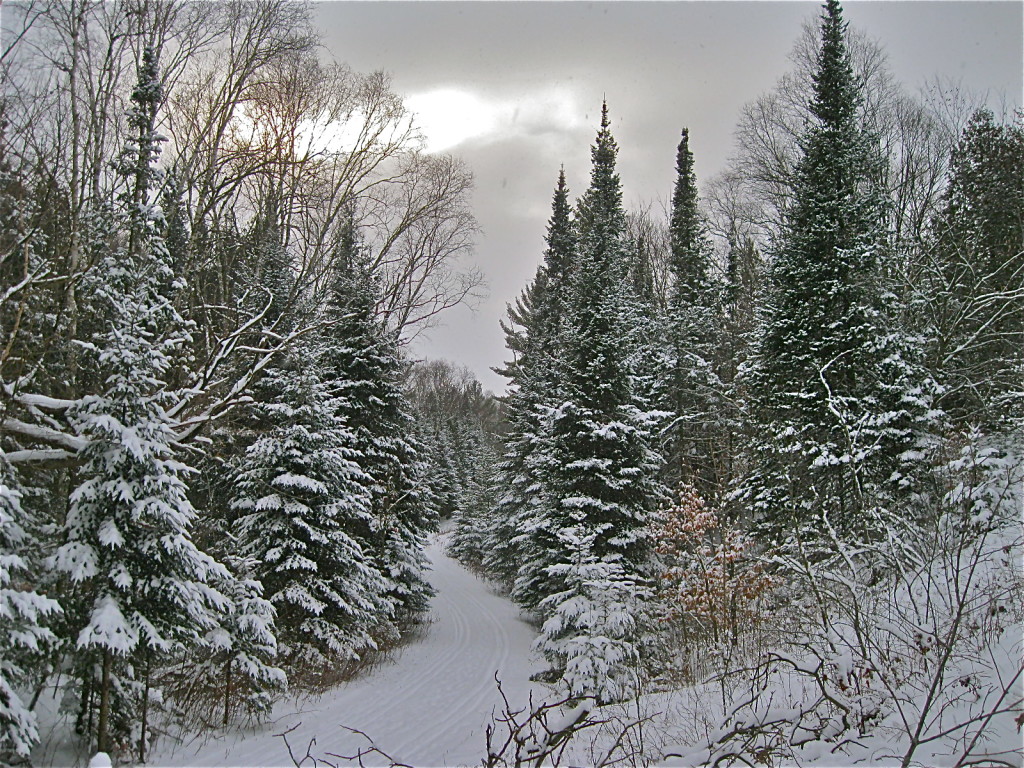 The Great Lakes significantly influence upper Midwest ecology. They contain 20 percent of the world’s fresh water, enough to cover the continental United States to an average depth of nine feet! That’s six quadrillion gallons with a surface area of 94,000 square miles. Since water both warms and cools much slower than air does, this explains why the Great Lakes modify adjacent climate, which in turn influences local ecology.

At Whitefish Dunes the influence of Lake Michigan is seen and felt. Nearby land is generally cooler in summer and warmer in winter. Consequently the woods here is noticeably different, incorporating northern taiga, or boreal forest, providing a perfect example of what makes the Door Peninsula so unique.

This park almost didn’t happen. It was controversial. What made this amazing area so special, so magnetic also made it extremely vulnerable. Many saw the 800-acre “blank place” on the map, not as a biological, geological and spiritual treasure, but as a source of revenue – real estate ripe for “development.”

But the intrinsic value of this fine natural area can neither be measured nor defined by the almighty dollar. Studies have shown that kids who have access to natural beauty and biodiversity are more likely to end up in some branch of science. My older brother, David, for example, became a paleontologist. I went into biological science. I suspect Whitefish Dunes was more than a little influential.

I’m grateful to dedicated and visionary people such as Carl Scholz, who made this park a reality. Today it still has that same gravitational attraction, and is still available to influence countless children to turn off their computers, cellphones and iPads and connect to the real world.

We are a part of nature, not apart from it. We have much in common with our fellow critters. To begin to realize and understand this is to glimpse our own connections to this beautiful planet. To see the forest, not just the trees, is fundamental to treating our world, not as commodity, but with love and respect.