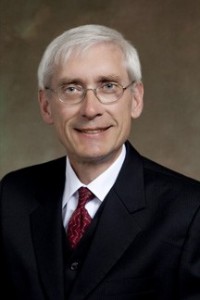 Wisconsin is in the midst of legislative hearings on the Common Core State Standards. During the first hearing on Oct. 3 in Madison, I shared an anecdote from a teacher in a small northern Wisconsin school district. She wrote: “Thank you so much for your strong stand on the Common Core. I see how our math classes have changed for the better – really making students think! Keep up the good work.”

Simply, they move Wisconsin forward. The Common Core State Standards are a set of expectations in English language arts and mathematics for what students should know and be able to do in every grade. Already, these standards are challenging Wisconsin public school students to learn at higher levels in the critical areas of reading, writing, and mathematics.

The Common Core State Standards are rigorous, clear, and require a deeper grasp of key subject-area concepts; they are benchmarked to the highest U.S. state and international standards to ensure students are ready to succeed in college and careers; and they are aligned to the expectations of higher education and employers.

And, Wisconsin’s local control is safe. A district’s curriculum, textbook adoption, and instructional choices all stay at the local level, just as they’ve always been. Students who need additional support, or children with gifts and special talents, will receive instruction that meets their unique needs, just like before.

The Common Core State Standards have broad support. Forty-five states, the District of Columbia, and four territories have adopted them. They’ve been supported strongly by K-12 educational organizations, the University of Wisconsin System, as well as many other groups and leaders, including:

• The U.S. Chamber of Commerce

• The Partnership for 21st Century Skills

• The Association of American Colleges and Universities

The Common Core State Standards are a pivotal part of the work of hundreds of educators, policymakers, and parents to transform education in Wisconsin, strengthen our public schools, and ensure that every child graduates college and career ready.

Without the foundation of strong academic standards, all of our other efforts around improved assessment, better accountability and educator effectiveness, and stronger early literacy will fall apart.

The final scheduled hearing by the Legislature’s Select Committees on the Common Core State Standards will be held Oct. 30 in Wausau.

I encourage you to contact your local school district to learn more about how the Common Core State Standards are raising the bar for all Wisconsin public school students.