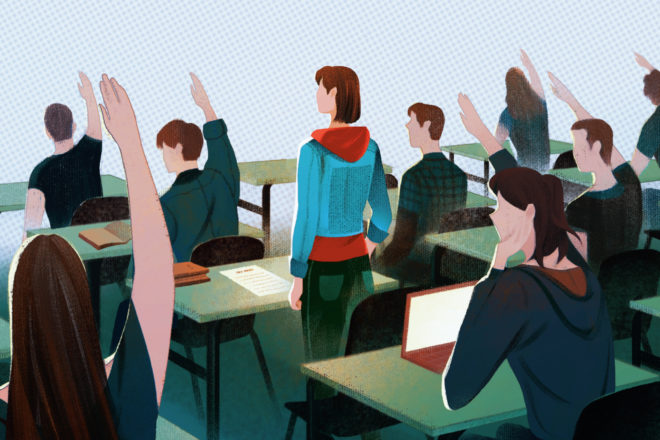 Liza Wiemer, author of the young-adult novel Hello?, will sign copies of her latest novel, The Assignment, on June 18, 1:30-3 pm. She’ll be under the garden tent at Fair Isle Books (fairisleshop.com), 1885 Detroit Harbor Road on Washington Island.

While Wiemer was traveling to promote her first book, she saw a news story in one town about two high school students who were taking a stand against a history-class assignment. Part of the class was to argue for the Final Solution – the Nazis’ genocide plan for the Jewish people – while the rest were to argue against it. The two teens felt the assignment was unethical and would force them to argue for something they abhorred. The students’ courageous stand inspired Wiemer and became the topic of The Assignment.