Singer and songwriter Wil Maring and guitarist Robert Bowlin will perform in concert at the White Gull Inn in Fish Creek on Wednesday, March 12. Tickets for the 8 pm concert, the fourth in a series of six scheduled at the inn this winter, are $15. 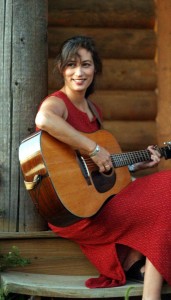 Maring is a highly acclaimed songwriter, a previous winner of the prestigious Chris Austin Songwriting Contest at Merlefest, and has appeared on the Grand Ole Opry with her original music, in addition to touring extensively in Europe and Japan.

Maring and virtuoso guitarist and fiddler Bowlin have recently combined talents to create original acoustic music which straddles the fence between bluegrass, folk and country music. Bowlin is a two-time National Fingerpicking and Flatpicking Guitar contest winner. His professional career has included stints with artists such as Maura O’ Connell, Kathy Mattea, Tom T. Hall, the Osborne Brothers, Bill Monroe, Ray Price, Bobby Bare, Faron Young and Ricky Van Shelton. He has been a session guitarist and fiddler in Nashville on countless recordings for other singers, and has played onstage with artists such as BB King and Ricky Skaggs, Tony Rice, Peter Rowan, and Vassar Clements.

Dave Higgs, respected host of Nashville Public Radio’s nationally syndicated bluegrass program, describes the duo’s performances as “absolutely, hands-down some of the most mesmerizing, exciting, interesting and enjoyable acoustic music I have ever heard. Wil’s songs are just in a league of their own, and the picking…. the interplay between (the musicians) is simply astonishing. Not clones — but an inspired group with a different message. I love it!” Grammy award winner and Nashville singer-songwriter and producer Carl Jackson adds, “I think Wil is one of the most talented singer/songwriters around… love her music.”

Tickets for the concert, reservations for the dinner and information can be obtained by calling the White Gull at 920.868.3517.