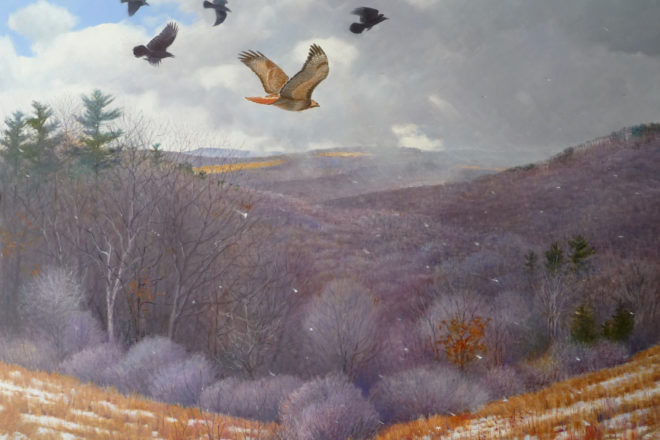 “The World She Lives In” by Wisconsin oil painter Jonathan Wilde.

With brush and palette in hand, Jonathan Wilde (pronounced “Will-dee”) has been capturing the landscape and wildlife of his homeland of south-central Wisconsin for 46 years.

A keen observer of the natural world, his ability to recreate the intricacies of flora and fauna through oil paints is a natural result of being raised by an artistic, outdoorsman father who brought his young son on adventures in and around his hometown of Evansville.

His pursuit of a life in art was only briefly sidetracked by the pursuit of a biology degree at the University of Wisconsin-Madison, which he promptly left behind in 1970 when he discovered that his love of painting was real and not just “an excuse not to study.”

“I feel very much drawn to do it,” Wilde said. “I have heard other painters say, it’s something that I can’t not do. When I wake up in the morning, it’s not like, oh jeez, now I have to paint again today, it’s, what am I going to paint today? Or when I start paintings that I really feel drawn to, I’m interested in, it’s exciting to be working on them. It’s who I am and I think most all painters would agree with that statement. It’s who we are.” 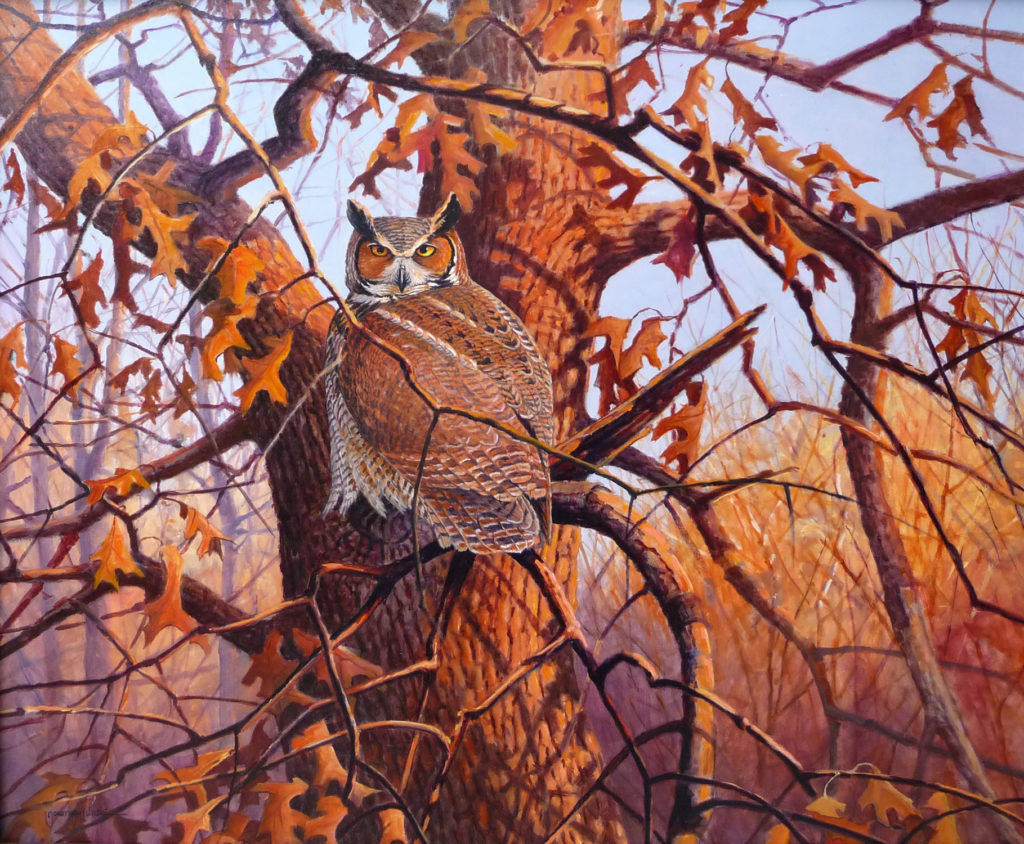 “Last Of The November Sun.”

In an artist’s statement for Edgewood Orchard Galleries, where he has been represented since 1999, Wilde explains his relationship to the places he paints by paraphrasing one of his earliest influences, realist painter Andrew Wyeth: It’s not the subject, it’s what you carry to it that’s important.

“My father was an outdoorsman and a birdwatcher and always included me in his activities, so I grew up not so much just with the activity but the places where it took place,” Wilde explained. “…When I see these places or go to places that I know of, I feel a connection to them. They feel like they’re a part of me. Also there’s some nostalgia involved with it maybe not in a direct way but in an indirect way. It takes me back to being a boy and the times I spent in those kind of locales.”

For more than four decades, Wilde has been loyal to those connections. He lives just 15 miles from his boyhood home and a majority of the pieces he has painted (he averages about 30 per year) have been inspired by the land and wildlife directly surrounding him.

With variations in season, weather and time of day, Wilde has never felt he has “to run all over the countryside” to find stimulating places to paint. As land in that region has been converted to agriculture, some of his work serves as an endearing reminder of what once was. 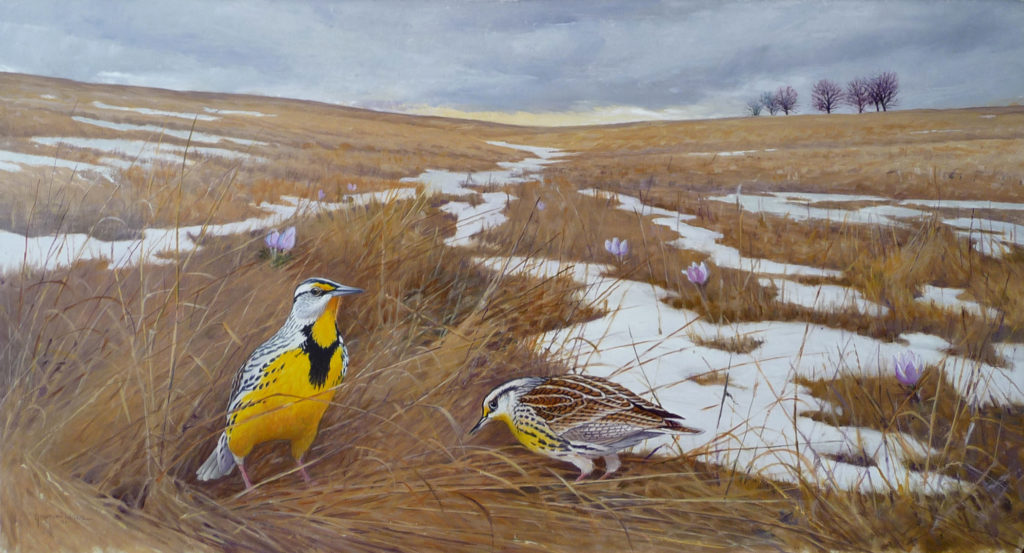 “As I find myself maturing throughout my painting career and I might not have even been cognizant of it early on but I kept being drawn to those same kinds of places, in other words the less manicured type of landscapes, the wilder places,” he explained. “I’m not that interested in a rural landscape that’s all agriculture; I like the natural areas and specifically the types of places where we tromped around when I was a boy.”

That appreciation and emotional connection to the wilderness is something Wilde hopes to evoke in those who view his exquisite paintings.

“I like it when people resonate with what the work is,” he explained. “Maybe it triggers something within them, either from their present or from their past, and not necessarily in a nostalgic sort of way but rather, this is something that means something to me and it feels good to view it or to be a viewer of it, to participate in it.”

Jonathan Wilde’s work is currently on display as part of Edgewood Orchard Galleries’ Exhibit VI, on display through Sept. 21. The gallery is located at 4140 Peninsula Players Road in Fish Creek. For more information, call 920.868.3579 or email [email protected].