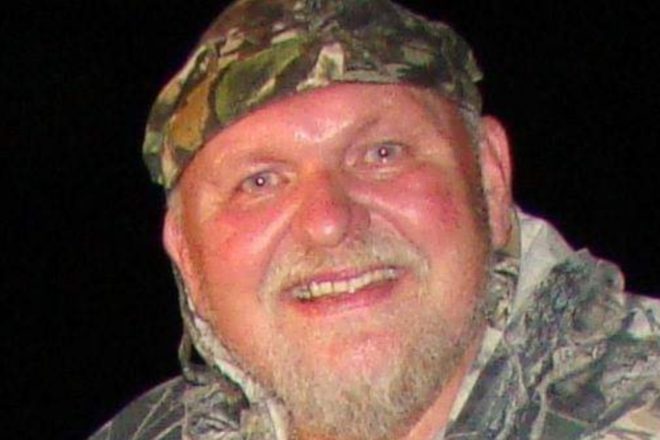 Wiesner, who was especially passionate about hunting black bears and whitetails, got many youths and adults interested in hunting. He was a bear-hunting guide in Upper Michigan, and he hunted bears with his family in four states and four Canadian provinces.

Wiesner gave bear-hunting seminars at sport shows across the Midwest, wrote books and produced videos. He made many close friends in the industry, including hunting and gun-rights advocate Ted Nugent.

If you want an excellent read on a slice of Bill’s life, check out this week’s Wisconsin Outdoor News. On page 7, you’ll find a photo of Bill; his wife, Sandy; and sons Brad and Bryan, along with a story written by friend and sport-show promoter Glenn Helgeland.

One of my favorite parts of the piece is classic Bill Wiesner. Speaking about an injury that caused him to use a walking stick to get around better in the woods, he related a story of falling down and getting teased by another member of the group.

“Good friend Dale Stafford, one of the hound men, told me I was about as handy as a one-legged man in a butt-kicking contest. How true! But I’m keeping on keeping on,” Wiesner told Helgeland.

I was happy to assist the family in getting Bill’s 2020 black bear harvest permit transferred, thanks to the legwork of the DNR’s large-carnivore specialist, Randy Johnson. One week after Bill passed, his grandson, Ryder, used that tag in Washburn County on his first black bear.

A wholesale fish dealer from Platteville is facing state charges for allegedly illegally selling bighead, grass and silver carp – all highly destructive invasive species – to a store in Madison.

The charges against 36-year-old Ping Li of Li Fish Farm, a Grant County-based fish company, is the first state case involving illegal sales of Asian carp. A citizen’s tip in April 2018 got the ball rolling on a multi-year investigation.

“Conservation wardens are able to make many of their cases because of citizens who care enough to get involved,” said Lt. Robert Stroess, DNR warden administrator for commercial fishing, wholesale fish dealing and charter fishing enforcement. “Reporting potential violations to the DNR Hotline is completely confidential. The caller’s identity is protected by law.”

Counts filed against the defendant include four for possessing illegal fish and one for violating vehicle ID requirements when transporting fish. If convicted, each misdemeanor count includes a fine of not less than $1,000 or more than $5,000; or up to 30 days in prison; or both.

The outline of issued charges included two for improper transport of Asian carp, two for failure to keep wholesale fish dealer records and one for transporting fish in a vehicle not marked to identify that it contains fish.

Stroess initially received a complaint that Asian Midway Foods – a grocery store at 301 S. Park St. in Madison – was selling Asian carp and that the carp may be alive, based on the store having large, aerated tanks.

Stroess visited the business and saw large, aerated tanks containing other live fish species. He did not see live Asian carp, but he saw signs at the fish counter indicating the names and prices for bighead carp and grass carp.

Although the carp were not in water tanks when transported, the species has the ability to be revived once returned to water. Asian carp are different from the carp commonly known as German carp, which have lived in Wisconsin since the mid-1850s. Stroess said Asian carp outcompete Wisconsin native fish species and can destroy their habitats.

During a recent press conference in Green Bay, St. Croix Rod Company director of marketing Jesse Simpkins noted a silver lining inside the dark cloud of the COVID-19 pandemic: By some estimates, the ranks of recreational anglers have grown between 8 million and 10 million this year.

The Park Falls-headquartered company is celebrating its Fish More, Worry Less campaign by giving away eight prize packages built around one of St. Croix’s all-new rods for 2021. Each prize package has a retail value of between $670 and $1,590. The contest will run through Oct. 4, with one entry per email address permitted. Visit stcroixrods.com to read more details.

Because of the same high-water problems that stressed fish and spread them throughout the wetland last year, the DNR is not harvesting chinook salmon or their eggs at Strawberry Creek in 2020.

Kewaunee’s Besadny facility will be the main collection site, and the first egg-takes were held this week. The facility will be closed to the public Tuesdays and Fridays while spawning for hatchery use is underway, and there will be no open house this year because of the COVID-19 pandemic.

As of Sept. 25, Lake Michigan was continuing its seasonal drop, down four inches from late August, and it was expected to drop another three inches during the next month.

Lake levels were 30 inches higher than the long-term monthly average, but four inches below the record, set in 1986. Water levels were still 60 inches above the record low, set in 1964.