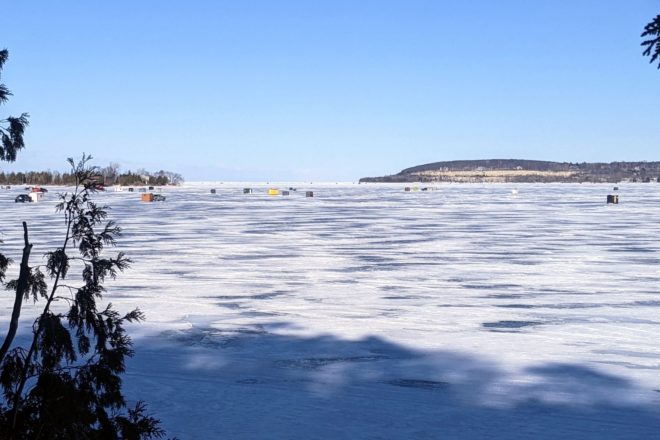 More than $43.6 million coming from feds

Record purchases of firearms, ammunition, fuel and fishing equipment have led to a jackpot for the Wisconsin Department of Natural Resources (DNR).

Long underfunded from both sides of the political aisle, the DNR will have few excuses not to ramp up its efforts to increase public access to fish and wildlife resources and to restore, manage and enhance fish, wildlife and their habitats after receiving notice of a record $43.6 million apportionment through federal wildlife and sportfishing grant programs.

That total is more than $7 million higher than the state’s previous record haul of $36.5 million received in 2015, and a better than 27% increase from last year’s $32.4 million.

The U.S. Fish and Wildlife Service will be distributing a record $1.5 billion in annual funding through the Wildlife and Sport Fish Restoration Program. The dollars come from excise taxes on boat fuel and hunting, shooting and fishing equipment.

Wisconsin’s share includes $31.6 million in wildlife restoration and $12 million in fish restoration. Payments to states and territories are based mainly on land and water area and the number of paid hunting and fishing license holders in each state.

In addition to habitat, access and research projects, wildlife funding can be used for hunter education and managing shooting ranges. Hunters, anglers and shooters certainly benefit from the grants, but so do nonconsumptive wildlife watchers, hikers, boaters and others who enjoy recreation on public lands and waterways.

The federal programs began in 1937 with the Pittman-Robertson Act benefiting wildlife, in 1950 with the Dingell-Johnson Act for fish, and in 1984 with the Wallop-Breaux Amendment for the boating industry.

To date, the U.S. Fish and Wildlife Service has distributed more than $25.5 billion in apportionments for state conservation and recreation projects. The federal dollars typically fund up to 75% of project costs, and most states must provide a matching share of up to 25%, usually from hunting and fishing license revenues.

A federal judge in California has restored protections for wolves across much of the U.S., including Wisconsin, saying the U.S. Fish and Wildlife Service had failed to show that wolf populations could be sustained without protection under the Endangered Species Act.

The DNR said Wisconsin’s wolf population remains healthy and secure, but legal lethal control options are no longer valid. A new population estimate – done during the winter when numbers are at an annual low, before the state’s 250-plus packs have litters – is expected to be released sometime in the spring.

Scientists under both the Obama and Trump administrations previously determined wolves to be a recovered species and removed populations from Endangered Species Act protections in 2011 and 2020, respectively. Both times, judges petitioned by animal activist groups intervened.

Winning the Northern Pike Division was Braxton Ebel with a 40-inch beauty that weighed 15 pounds, 9.5 ounces. Troy Thenell had a 37.5-incher, and Steve Gordon reeled in a 33-inch pike.

The top three whitefish ranged from 20 to 22.5 inches. Dalton Peck won first place with a four-pound, 3.5-ouncer, and Dan Anshutz and Kim Thomas took the next two spots.

The top three walleyes were all in the two-foot range, with Lee Franzen’s five-pound, 10-ouncer edging out the catches of Trucker Woodgate and Trevor Lemere.

Forestville’s Adam Neu of Howie’s Tackle in Sturgeon Bay placed fourth out of 225 competitors in the St. Croix Bassmaster Southern Open on the Kissimmee Chain of Lakes in Florida earlier this month, earning a $15,000 check.

He was the only northern-U.S. angler in the top 10. Among the rest, two were from Tennessee and two were from Oklahoma, and one each hailed from Arkansas, Alabama, Japan, Florida and South Carolina.

The Great Backyard Bird Count will run Feb. 18-21, providing an excellent citizen-science opportunity to flock with birding enthusiasts on a global scale and report what you’re seeing.

Data gathered helps scientists to track changes in the numbers and distribution of wild birds over time. See pictures submitted from around the world and get more details at birdcount.org.

Additionally, there’s free access through Feb. 21 to the Cornell Lab’s Birds of the World online encyclopedia at birdsoftheworld.org.

As of Feb. 11, Lake Michigan was 10 inches above its long-term average and 38 inches above the all-time February low, set in 1964. Levels have dropped one and a half feet during the past 12 months, and 28 inches since the all-time monthly high set in February 2020.