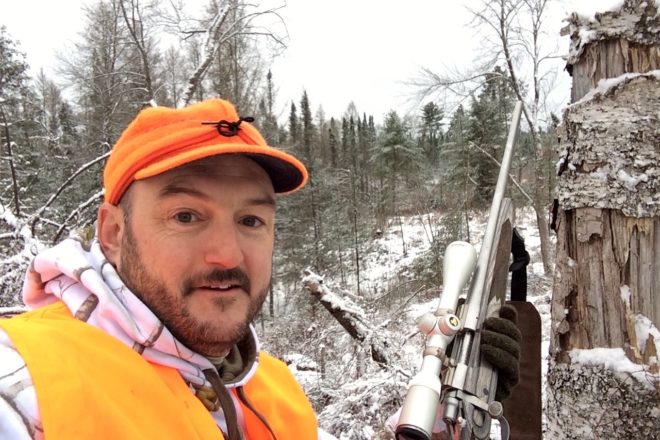 A face familiar to northeast Wisconsin hunters has been chosen to replace Kevin Wallenfang as the Department of Natural Resource’s (DNR) Deer Program specialist.

Jeff Pritzl has been a wildlife biologist for nearly three decades, and about half of that time in Door, Kewaunee and Manitowoc counties. For the past 14 years, he’s served as the Northeast Region’s wildlife supervisor, overseeing deer-management field operations.

“I view my role more as a communications and policy specialist,” said Pritzl, who’ll be working out of the Plymouth DNR office. “It’s often said that we know more about deer than we do about deer hunters. I look forward to working with the Conservation Congress and the County Deer Advisory Councils to set the stage for adapting deer management to current challenges.”

Pritzl, an avid hunter who has pursued whitetails in 14 counties from Bayfield to Waukesha, has taken deer with bow, crossbow, shotgun, rifle and muzzleloader. He’s sat in climbers, elevated stands and ground blinds, still-hunted for miles up north and participated in both two-person pushes and large family deer drives in big-timber and farm country.

“I’ve decided to take on this position as a tribute to the first deer that gave its life to me, my family that exposed me to the wonders of hunting, the Wisconsin DNR deer-management icons that paved our path, and the Conservation Congress delegates of northeast Wisconsin that have taught me there is no such thing as the average deer hunter,” Pritzl said.

A passionate sportsman who loves to engage with hunters, Pritzl wrote the first deer-hunting blog for the DNR’s website in 2012. He has always had Labrador retrievers and enjoys waterfowl, upland game bird and wild turkey hunting. He pursues fish mostly from a kayak with a fly rod in hand.

Pritzl has served as the interim Deer Program specialist to facilitate the setting of the 2011 deer season framework, and again in 2019. He did the same for the 2017 bear season.

With no shortage of controversy tied to deer management, Pritzl knows he has his work cut out for him. Managing traditions and change are going to be part of it.

“Deer hunting has changed greatly over the past three decades, and the pace of change seems to be increasing,” he said. “Our society has become more fractioned in almost all aspects of interests and values, and deer hunters are no different. But what we saw in 2020 was telling. At its core, deer hunting still has a common draw for many, and more people took to the outdoors in search of respite and rejuvenation. If we focus less on statistics and more on story, Wisconsin deer hunters still have a lot to look forward to in 2021.”

Pritzl said that without a doubt, the two biggest changes have been hunters shifting to more stationary hunting strategies and spreading their hunting effort out over a broader part of the calendar. Many have also become more selective in what they want to harvest.

“The harvest used to be a relatively random, yet predictable sample of the overall deer population,” Pritzl said. “In recent years, our harvest has become a smaller proportion of the total available deer on the landscape.”

The Wisconsin DNR will receive more than $32 million from the U.S. Fish and Wildlife Service that was collected through excise taxes on the sales of firearms, ammunition, archery equipment and fishing tackle as well as a boat-fuel tax.

A record of more than $1.09 billion was collected and will be distributed to states based on a formula that includes licensed hunters and anglers and land and water resources.

Wisconsin will also receive more than $984,000 through the federal agency’s State Wildlife Grant Program, which is most often used for conservation efforts for imperiled nongame wildlife and their habitats. Congress appropriates the funds annually based on a formula that considers each state’s population and geographical area.

The last time the state had management, from 2012 to 2014, more than 650 wolves were killed by licensed hunters and trappers, as well as federal trappers working to reduce livestock depredation near farms. Despite that, the overwinter population estimate dropped by just 69 animals between 2012 and 2015.

Biologists say the wolf population, estimated at nearly 1,200 last winter – before pups were born – roughly doubles every spring before gradually decreasing due to various natural and human causes of mortality.

The DNR is hosting a virtual public hearing March 11, 6 pm, to hear from anyone who’s interested in whitefish rules for commercial fishing on Green Bay and Lake Michigan.

This will be the fifth public meeting held since last fall to obtain feedback. Members of the public can access the meeting through the Zoom link at dnr.wi.gov/calendar/meetings/?id=15884, or by calling 301.715.8592 and using meeting ID number 818 4602 9847.

As of Feb. 26, Lake Michigan was down 11 inches from last year’s February record, but it was still 27 inches above the 100-year average. Water levels had fallen two inches during the four weeks prior. The lake was still 55 inches above the record monthly low, set in 1964.