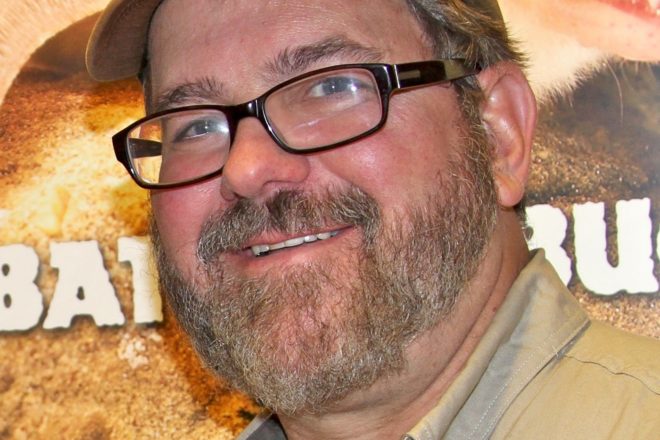 Mark LaBarbera will take the reins of the Wisconsin Wildlife Federation as its executive director in July. Submitted.

After 18 years of building the Wisconsin Wildlife Federation (WWF) into the largest conservation organization in Wisconsin, Executive Director George Meyer announced Tuesday that the group has hired Mark LaBarbera to replace him in July.

Meyer, who is retiring from the WWF position this summer, spent three decades with the Department of Natural Resources (DNR). He served as staff attorney during the 1970s, administrator of the law-enforcement division in the 1980s and early ’90s, and was the last DNR secretary appointed by the seven-citizen Natural Resources Board, serving from 1993 until 2001. Secretaries have since been appointed by the governor.

The WWF is composed of nearly 200 affiliated hunting, fishing and trapping clubs and outdoor-related businesses across the state.

“Following George Meyer as executive director and having his mentorship through these next few months of transition – and hopefully beyond – is a rare opportunity,” said LaBarbera, a lifelong hunter, angler and conservationist who was born and raised in West Allis and graduated from UW-Milwaukee. “George is already in the Wisconsin Conservation Hall of Fame and has a depth of knowledge and experience like no one else I know.”

LaBarbera was among seven candidates who were interviewed. He’ll work from his home in Hazel Green, and, like Meyer, will visit WWF affiliates, partners and conservation stakeholders throughout the state to see and hear first-hand their issues, concerns and successes.

LaBarbera has a long résumé in the private and public sectors, including dual roles as head of information and education and director of communications for the Minnesota Department of Natural Resources. LaBarbera currently partners with Dan Small on TV, radio and online video programs, and he’s self-employed as Mark LaBarbera & Associates.

This spring, LaBarbera will launch a Great Lakes invasives project that includes a Touch of the Wild mobile education trailer and Invaders of the Great Lakes pocket guides.

To find out about individual or organization membership, sponsorship, and partnership in support of the WWF’s conservation and education mission, email [email protected] or visit wiwf.org.

The controversial wolf-harvest season got off to its latest start ever on Monday, but that didn’t stop hunters and trappers from rapidly filling quotas. As of early Tuesday, more than 50 wolves had already been reported during the first 24 hours. It’s likely that some, if not all, zones would be closed already on Wednesday.

The only evidence of wolves that many people have seen are tracks or trail-camera photos. The fact that so many wolves could be taken so quickly is a testament to just how many there are in the northern and central Wisconsin forests. Wolf kills and harassment of livestock, dogs and horses is off to a record start this year.

The DNR will begin the process of updating its State Wolf Plan during the coming months.

Through Feb. 21, nearly 1,600 lake sturgeon had been speared in the Lake Winnebago system. The numbers include 67 fish in excess of 100 pounds (56 from Lake Winnebago and 11 from the upriver lakes).

The harvest closed on upriver lakes when quota triggers were reached. There were 364 speared (only 500 tags were available) during that time, including 42 juvenile females (shorter than 55 inches), 77 adult females and 245 males.

The biggest story coming out of the region was an investigation into alleged illegal activity involving caviar (sturgeon eggs) during past seasons by the state’s top sturgeon biologist, Ryan Koenigs. He has pled not guilty while on administrative leave.

Door Reps at Natural Resources Board

Charlie Henriksen of Sister Bay was to represent the Lake Michigan Commercial Fishing Board and himself to ask the NRB to approve the Statement of Scope for an Emergency Order for proposed rules related to Lake Michigan and Green Bay whitefish management.

Earlier in the meeting, DNR Secretary Preston Cole was expected to accept $102,000 from the Natural Resources Foundation of Wisconsin for stormwater improvement at Potawatomi State Park’s Daisy Field campground.

You can watch the archived meeting by clicking on the NRB Webcasts link at dnr.wisconsin.gov/about/NRB.

Fish On! Online, That Is

Crossroads at Big Creek will present another installment in its Fish Tales lecture series virtually March 4, 7 pm. Dan Isermann of UW-Stevens Point will discuss using the latest acoustic telemetry technology to track walleye and whitefish on Green Bay. You can get the Zoom login information at doorcountylibrary.org/fish_tales_tracking.

As of Feb. 19, Lake Michigan was 27 inches above its 100-year monthly average but down 11 inches since the monthly record was set in 2020. That includes a four-inch drop since mid-January. Levels were 55 inches above the record monthly low, set in 1964.