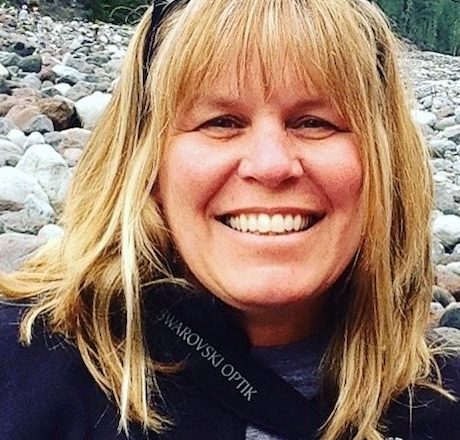 Two new faces will fill seats on the state’s Natural Resources Board after a pair of former Gov. Scott Walker appointees – chair Fred Prehn and member Bill Bruins – resigned late last month. That ends a more-than-a-decade-long conservative majority on the board, allowing Gov. Tony Evers’ appointees a seat at the table.

Prehn had refused to step down when his term ended in May 2021, and last year he won a lawsuit that sought to remove him. He said in a statement last month that it was time for legislators to act on Evers’ nomination and time for him to move on. That allowed Sandra Dee Naas of Ashland to take one of the seven board positions.

When appointed in late April 2021, it was noted that Naas had more than 30 years of conservation experience, including serving as an agriculture and natural resources instructor, owning an environmental consulting firm and chairing the Bayfield County Conservation Congress. She had previously worked as a soil and water scientist and was a county conservationist for five central and northern Wisconsin county land and water conservation departments.

“I am honored to represent the farmers of Wisconsin on the DNR board,” Buhr said. “Preserving our natural resources while producing our food is a challenge and a goal of everyone in agriculture.”

The new board will meet this week in Madison, and one of the agenda items asks the board to approve the Department of Natural Resources’ (DNR) 2023 black bear harvest quotas. The agency hopes to award more permits in Zones B, D and F; the same number as last year in Zones C and E; and slightly fewer (but the same harvest-quota recommendation as 2022) in Zone A.

Large-carnivore specialist Randy Johnson said recommended quotas were determined using a bear-population model and zone-specific objectives while recent hunter success rates were factored into the final number of permits to be issued.

Wisconsin has a healthy black bear population that’s estimated at more than 25,000 animals, and only 15-20% of the population is harvested annually. It can take close to a decade or more to draw a tag in Zones A and B, and two years or fewer to draw one in Zones C, D, E and F. Last year, more than 136,000 hunters applied for either a harvest license or a preference point.

Meanwhile, the DNR will present preliminary findings from the 2022 deer-hunting seasons. Through Jan. 3, a total of 797,734 licenses allowing gun, bow and crossbow deer hunting were sold – down more than 13,000 from last year. There were 556,483 licenses sold, allowing gun deer hunting (including Sports and Conservation Patron), 118,668 archery, and 122,583 crossbow (not including upgrades that allow a hunter to use bow or crossbow).

More than 42,000 hunters bought a license for the first time, or the first time in 10 or more years. Female hunters made up 23% of new buyers and 11% of all deer-hunting license sales. About half of the new hunters completed hunter education; the remainder took advantage of the state’s mentored-hunter law.

More than 101,000 licenses allowing gun deer hunting were sold in a single day – the Friday before the nine-day November gun season.

From a harvest standpoint, the preliminary deer kill of more than 335,000 whitetails was up 4.4% over the five-year average and a 10% increase over last year.

With no local options so far this winter, many snowmobiling enthusiasts have trailered their rigs to northern Wisconsin and Upper Michigan to enjoy the powder.

Colder weather in the long-term forecast should begin to firm up the ice on area waters, but give it time to set up, and don’t travel in unfamiliar areas. We’re at the tail end of the annual Snowmobile Safety Week, which reinforces these safety tips and reminds riders to slow down, stay sober, stay on the trails and avoid thin ice.

Find out more about snowmobiling in Wisconsin at dnr.wisconsin.gov/permits/registrations/snowmobile.

As of Jan. 13, Lake Michigan water levels were down an inch from last month and seven inches lower than last January. Levels were five inches above the 100-year average and 34 inches above the record monthly low, set in 2013, but down 32 inches from the 2020 record high.