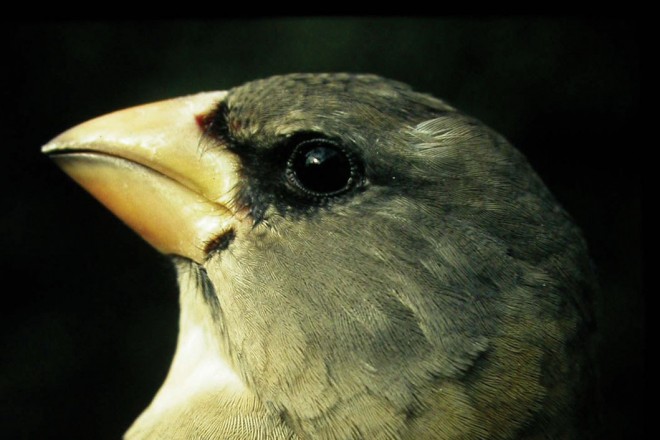 Forty-four years of watching wildlife and keeping daily notes has clearly indicated to me that Door County, with its many miles of shoreline serving as visual guides, is an excellent place for observing the migration of birds. Spring brings both those birds which will nest here and also the many species pausing to rest and feed before continuing northward to their breeding grounds. The fall bird migration finds the northern nesters again passing through the county, this time heading southward where they will winter, and also those birds from the far north which will winter in Door County.

Along with the primary migratory birds are two insects, the Common Green Darner Dragonfly and the Monarch Butterfly, also quite famous for their migratory feats. The Green Darner is the largest of all dragonflies in the county, three inches, and is usually the first to appear here each spring. By early fall they will have headed southward while the adults of all other local dragonfly species will have died.

The Monarch Butterfly surely has to be the most intensively studied of all butterflies in the world. Professor Fred A. Urquhart, formerly of the University of Toronto, who actively studied the Monarch for over 70 years and has become the most highly respected researcher of this famous creature, said, “I do not know of any species of insect that has aroused a greater interest among the populace in many parts of the world than the Monarch Butterfly.” Urquhart’s book, The Monarch Butterfly:  International Traveler, makes for excellent reading. Some years one can see hundreds of these large flashy orange and black butterflies migrating southward in the county on warm sunny days in late August and into September, heading for central Mexico where they will spend the winter. Their offspring will return here in the following late May or early June to spend the summer.

Occasionally there occurs during the fall migration of birds a huge and sudden appearance of one species bringing about great excitement to the watchers. Years ago when we were still living at the Ridges Sanctuary in Baileys Harbor the fall movement of songbirds proved too slow and uneventful for some reason or other. Then one morning, we awoke to see what we described as “a bird in every bush” – Yellow-rumped Warblers by the hundreds in the sanctuary. Never before or after have we witnessed such an unusual spectacle.

The speed of small songbird migration in the early years of bird study was determined largely by the best-educated guesswork. Among the species of birds that have been “clocked” during their migratory flights was a Gray-cheeked Thrush which was fitted with a tiny radio transmitter and actually followed by a plane during its nighttime journey. Studied by Frank Bellrose of Illinois, the bird began its flight from the University of Illinois campus and flew continuously for about eight hours at an average speed of 50 miles per hour with a tailwind of 27 miles per hour.

The little thrush’s journey took it to the peninsula of Upper Michigan, a distance of 400 miles. Its flight passed right over Washington Island. Generally, it is thought that Gray-cheeked Thrushes migrate around 130 miles a day and that their total journey will last approximately 30 days. Robins are a lot slower in their migratory flight, requiring about 78 days to go 3,000 miles. Ordinarily, smaller birds will cover 100 to 250 miles a day and their total journey will last approximately 30 days.

One of the most hilarious spectacles regarding bird migration brought great joy to my wife, Charlotte, and me. We estimated between 100 and 200 raucous American Robins on our land one late October, flying here and there with little refinement and precision as reflected in their flights, all the while belting out their “drinking” songs! Here, undoubtedly, was an unwieldy flock of red-breasted drunkards getting “tanked up” on fermented wild black cherries. Several hard killing frosts had touched the fruit causing the natural sugars to induce fermentation.

A fascinating phenomenon is occurring among many small migratory birds which very likely is related to Global Climate Change, a term I prefer over Global Warming. Take, for example, the millions of warblers which winter in Central and South America and migrate into the northern states and Canada to nest. The migratory flights of these long-distance fliers, largely triggered by hours of daylight, have gone virtually unchanged for many years. Then there are species which don’t migrate any further south than they absolutely have to in order to find food, birds such as Yellow-rumped Warblers, Eastern Bluebirds, Red-winged Blackbirds, Eastern Meadowlarks and American Robins, the short-distance fliers. They head northward to nest as soon as the weather warms and food becomes available. Their arrival here is as much as two weeks earlier in recent years than it used to be. Whether or not the earlier-than-normal arrival of some species will make finding food and establishing good nesting sites more difficult for those long-distance species whose migratory dates have not changed remains to be studied.

Bird migration is very complex. At this point experts are just beginning to understand more precisely how some birds can migrate so errorlessly over great distances. And just imagine the reactions of young birds embarking on their first long flight of several thousand miles. An excellent book, Wisconsin Birdlife, Population and Distribution Past and Present, written by Samuel D. Robbins lists migratory dates for all nesting birds of Wisconsin plus much interesting life cycle information.

Each year we brace ourselves for the “white stuff,” wondering what winter migratory birds the north wind will bring – Evening Grosbeaks, Pine Grosbeaks, Pine Siskins, American Tree Sparrows, Snow Buntings, Crossbills, Redpolls, or Snowy Owls. Spring, summer, fall and winter, the winged parade of birds continues, usually hushed and gentle, but occasionally uproarious and inebriated. We, the bystanders along the route, welcome their arrival.