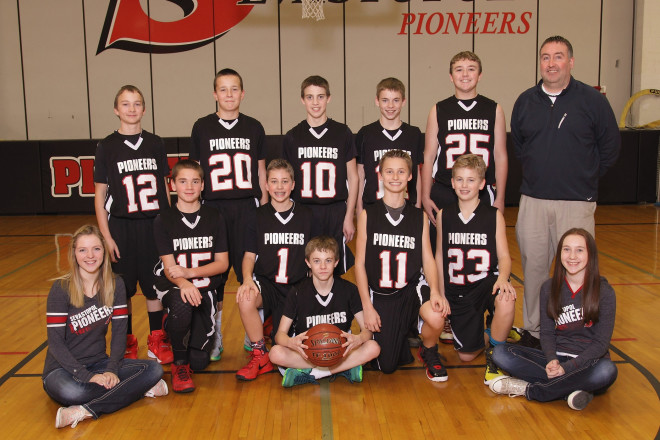 The Sevastopol Pioneers eighth grade boys basketball team completed their 2015-16 basketball season with a winning record of 6-4. This was an improvement over their previous season record of 5-5. Pioneers coach Phil Symons was pleased with the success that his squad has had. The Pioneers received a first-round bye in the postseason conference tournament, but were unable to score a victory in the tournament, going 0-2.

“The players stepped up from last season coming off of a 5 and 5 record, so we did make improvements” Symons said. “Along with making improvements, they learned how to handle different situations in the close games.”

This was especially true when looking at the narrow point margin that the Pioneers had in many of their losses. According to Symons, four of the losses totaled a deficit of a combined six points, with three games being lost by a single point.

Despite finding heartache in defeat this season, the Pioneers have several accomplishments to look back on in addition to a winning season.

“We had our first-ever win against Southern Door and also gave Kewaunee their only loss of the season,” Symons said. “Against our archrivals Sturgeon Bay, we split the series while playing some of our best basketball of the season.”

As with all junior high athletics, the major focus is not necessarily on the win-loss columns, but on the growth, development and understanding of the game by these young players. This Pioneers squad has set themselves up for success in the near future as they prepare for their high school basketball careers.

“I saw growth from each player this season with strong commitments by each of them,” Symons said. “Success with these players came with a lot of hard work and dedication, but I mentioned to them after the season that they can’t expect the same for the future.” 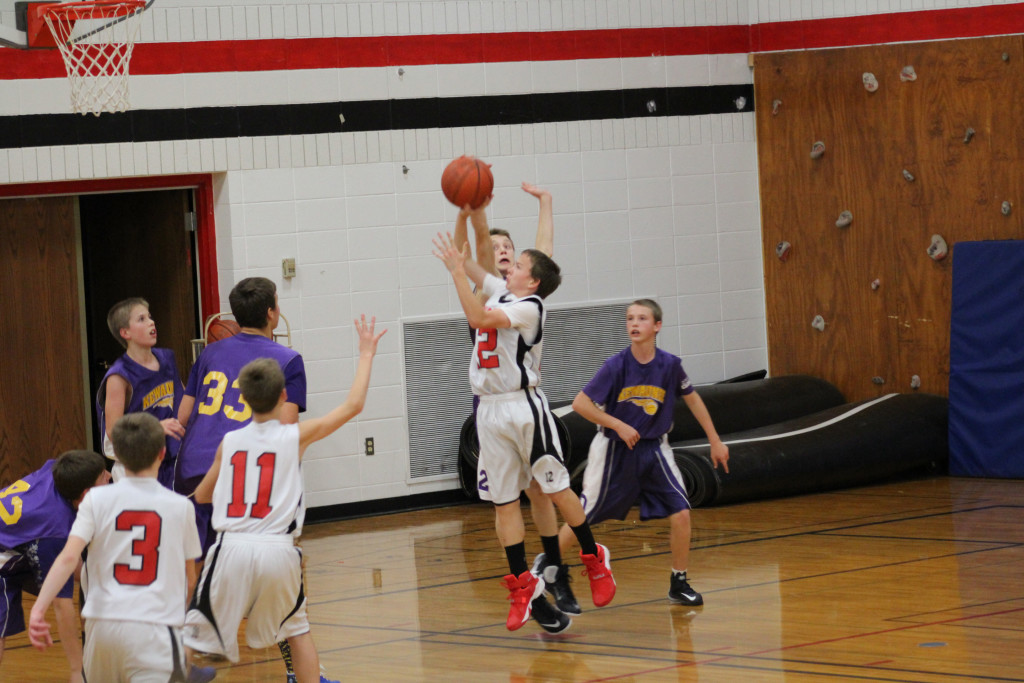 The Sevastopol Pioneers attempt to score against Kewaunee in a home game this season. The Pioneers 8th grade boys basketball team finished the season with a 6-4 record. Submitted.

Symons, the former Pioneers head varsity basketball coach, knows what lies ahead for these players.

With more smaller-sized varsity squads using players from all four grade levels, freshman through senior, a few of these current eighth-graders could find themselves on the hardwood playing for the varsity team one year from now.

“With schools having the opportunity to choose from four grade levels, some incoming freshman will be playing against upperclassmen at the varsity level.”

Coach Symons is confident that these players will have their basketball fill even with their school-sponsored season wrapping up. According to Symons, the Pioneers received a special invite to the state eighth-grade tournament, which is a “tough achievement.”

In addition to the state tournament, there will be little time off for these players as they prepare for their club season in which they will participate in tournaments across the state. Currently, the Pioneers eighth-grade club team is set to participate in 10 tournaments in the coming months.

Symons said he will certainly miss this group of players. “I wish the best of luck to this team in their tournament play and their high school careers.”