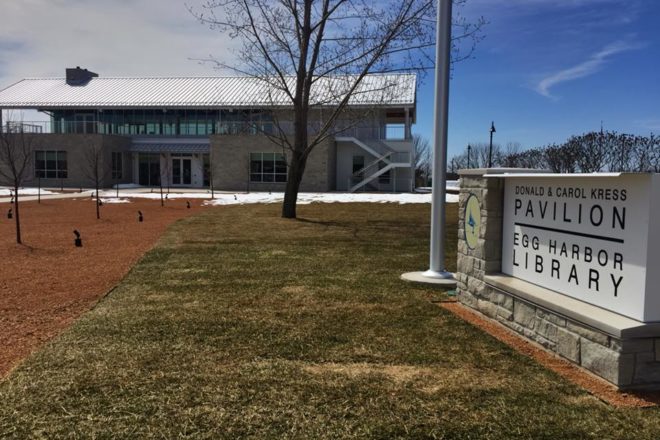 Plumer Lovelace III is a professional manager of associations who has been mistaken for a librarian since taking his latest gig in 2013.

And then he hears a story.

“With libraries, everybody has a story,” he said. “They always say, first thing, ‘I love my library.’ I kid you not. Everyone has a library story. That’s one of the joys of my job. Over the years I’ve collected these stories.” 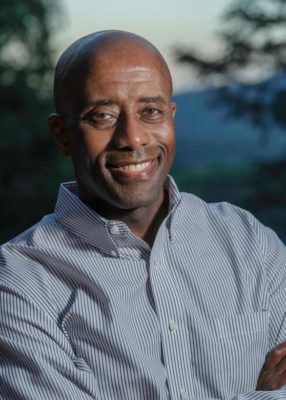 Lovelace, a lifelong Wisconsin resident, makes his first trip to Door County this weekend for the grand opening of the Donald & Carol Kress Pavillion and Egg Harbor Library. A ribbon cutting ceremony is scheduled for 9:30 am Saturday, May 19, followed by activities throughout the library, face painting, a balloon artist, village history displays, live music as well as gelato and lunch available for purchase.

“This will be a new adventure for me,” he said. “I’ve been hearing about Door County for most of my adult life.”

Before leading the state library association, Lovelace served as executive director for the National Council on Measurement in Education, the International Society of Psychiatric-Mental Health Nurses and the Health Care Education Association. Before that he served as vice president for the Credit Union National Association’s Learning Technology area.

Compared to those other areas he has served, Lovelace describes libraries as “a clean industry.”

He cites recent research that found libraries to be one of the most trusted and useful institutions in America, even among those who say they don’t use libraries.

“I always remind library directors that’s something to celebrate because there are industries spending thousands and thousands a day because they’re trying to raise public confidence,” he said. “It makes my job happy.”

The difference between libraries and other taxpayer-funded government programs is that libraries represent the communities they serve, Lovelace said.

“That’s a pretty powerful tool, if you think about it,” he said.

Lovelace mentioned that in managing other associations, there must be discussions on innovation and learning how to transform based on the needs of constituents or changes in environment or funding sources.

“I have not had to do that with libraries. The reason for that, embedded in the library DNA, is a natural state of transformation,” he said. “The library is more than bricks and books. They are happening places where people interact and learn. They are community hubs where people, especially those involved in social change, meet to exercise their rights as citizens.”

Lovelace mentions that his visit will allow him to reconnect with Tina Kakuske, director of the Door County Library and one of Lovelace’s “librarian mentors” when he was new to the library field in 2013.

“Plumer is a wonderful advocate for libraries in Wisconsin,” she said. “His dynamic leadership of the Wisconsin Library Association has strengthened the association’s inclusiveness of all types of libraries in the organization, and he has helped make important business and governmental connections around the state. He is also a great guy! The Donald and Carol Kress Pavilion and Egg Harbor Library Grand Opening will be a fun celebration of this beautiful multi-purpose community building. The Door County Library is very appreciative of this fabulous space that has been created with the Egg Harbor Library in mind, and we hope that folks will come out on Saturday to be a part of the festive event.”