As the days grow shorter, let us step out of the darkness and into the light, or, let me be more precise, “lite.”

I forget which of the megabrewers dubbed their new 1970s near beer “Lite,” but that doesn’t matter. It is the perfect generic word for all those dopey low-calorie malt beverages that the megabrewers originally designed to lure women in by giving them a tasteless, fizzy malt beverage. 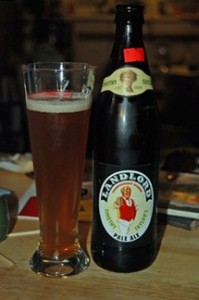 I was living in England in the 1970s, drinking beer at a time when the British Campaign for Real Ale (CAMRA) was blossoming. A pub just up the road from me served some of those cask-conditioned real ales from wooden casks sitting right atop the bar. At the very same time, Americans were being brainwashed about “lite beer.”

Today athletic teams and volunteer fire departments and the tough bikers on Sons of Anarchy drink “lite” malt beverages as if it were normal. Folks at social gatherings and community gatherings serve “lite beer” thinking that it’s OK, but it’s not. “Lite beer” is not the same as beer. It is that simple. Why don’t festival organizers understand this simple fact? I can think of two festivals I attended this summer where only “lite” malt beverages were served and people were not happy about it.

Can’t we true beer lovers rise in unison and get the federal government to make those icky “lite” malt beverages stop taking the name of beer in vain? And when I say “lite,” I mean all brands, no matter how they spell it.

Now, if you want a real beer that is unbelievably light and delicious on the palate, try my new favorite pale ale, Timothy Taylor’s Landlord Pale Ale. Timothy Taylor’s is a West Yorkshire (northern England) brewery that uses barley called Golden Promise that is specifically grown for the brewery on the Scottish border.

It is nothing like the obnoxious American pale ales that try to blow you away with hoppiness and forget every other taste component of a great beer. Landlord is beautifully balanced and tastes like heavenly ambrosia. In fact, it truly has great taste. Less filling? Who cares?