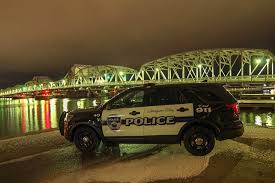 A woman died after being stabbed in Sturgeon Bay early Tuesday morning. She was allegedly killed by her roommate, who is being held in jail on a $1 million cash bond.

Susan Soukup, 52, appeared in Door County Circuit Court Tuesday afternoon on a charge of first-degree intentional homicide, according to the Sturgeon Bay Police Department (SBPD). Soukup’s initial appearance in court is scheduled for Aug. 31, 10 am.

Officers arrived within three minutes and saw a female in the front yard of that residence who allegedly stated twice to officers, “I stabbed her.” She allegedly directed officers to the injured woman, who was in the hallway to the upstairs apartment Soukup shared with the victim.

The female was taken into custody without incident. She was later identified as Soukup.

A second officer entered the apartment and saw a female lying on her stomach in the hallway with multiple stab wounds to her back and a severe laceration to her neck. He began lifesaving measures until EMS personnel arrived. She was transported to Door County Medical Center, where she was pronounced dead at 2:21 am. She was 32 years old.

The Milwaukee office of the Wisconsin State Crime Lab was called to help process the scene.

“We do have trained personnel here,” said SBPD Capt. Dan Brinkman, “but there’s so much involved, and you get one shot at it.”

The SBPD secured the crime scene, maintained its integrity and conducted witness interviews. It was also the responsibility of the SBPD and Brinkman to make the family death notification face to face.

“The easy part is the investigation; the hard part is the death notification,” Brinkman said.

The families of both the offender and victim live in Door County. The victim’s name is not being released publicly at this time.

“My heart goes out to both sides of the family,” Brinkman said. “It rips families apart.”

Homicides are rare in Door County. During Brinkman’s 33 years with the department, there have been only three murders within the city. The last one occurred in December 2001, when Steve Owens killed his neighbor with a martial-arts sword after the two had been arguing. Owens was convicted of first-degree intentional homicide and is serving a life sentence.

“This is a safe community, a safe county,” Brinkman said. “This is an anomaly – very, very unusual. But it shows this can happen. We’re not immune to it.”