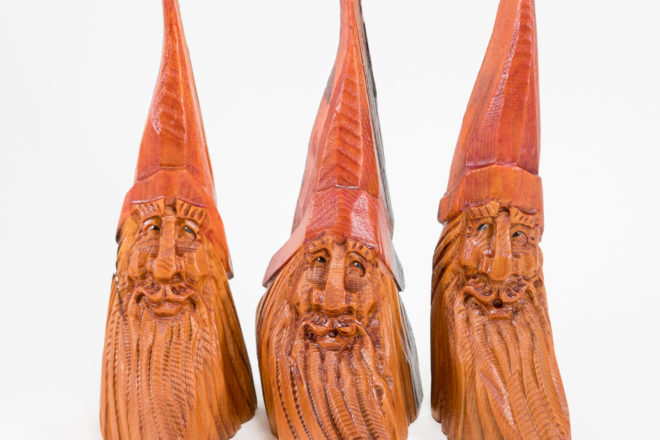 Woodcarver David Frykman has spent the summer fashioning woodland animals native to the area from pieces of Peninsula State Park’s Eagle Tower, which was deconstructed in 2016. When parts of the five main posts became available, Frykman puzzled over what he might make of these rather uneven wedges of old growth western red cedar.

“I settled on my Postmen, rather gnarly but joyful characters that I carve into the heartwood of the posts while leaving exposed the weathered and scarred surface of the post to remind one of their origin. I think of my Postmen as having born witness first to at least two centuries in the great northwest forest (I’ve counted more than 200 growth rings in the posts), then 84 years doing their part to thrill visitors to Peninsula Park with spectacular views above Door County and Green Bay and can now spend a third iteration as cherished Eagle Tower keepsakes.”