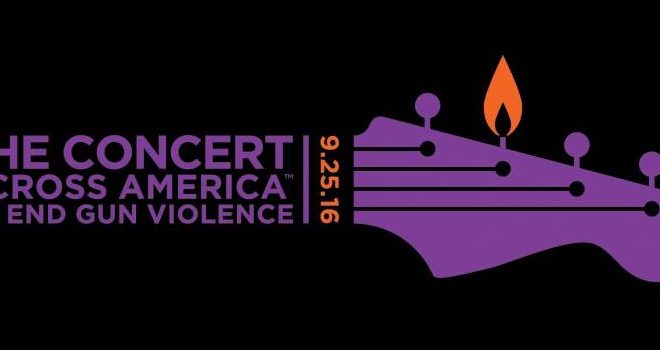 On Sunday, Sept. 25, hundreds of musicians, organizations and activists will come together to promote awareness of firearm victims through The Concert Across America to End Gun Violence.

The countrywide event was spearheaded by gun control advocacy group Faiths United to Prevent Gun Violence and Massachusetts-based Stop Handgun Violence, a nonprofit “committed to the prevention of gun violence through education, public awareness, effective law enforcement and common sense gun laws.” It is held on the National Day of Remembrance for Murder Victims, which was designated by Congress in 2007.

Although finding a balance between gun rights and public safety has been a highly divisive topic in the country for many years, Kuhns said the Door County concert isn’t meant to be political.

“It’s to honor those who have lost their lives to gun violence, no matter who they were or how it happened; people who were victims of the police or the police themselves who were victims or anybody who has lost their life to gun violence,” Kuhns said. “…They want to draw attention to the fact that these people need to be remembered and there needs to be something done to make it safer to own guns in our country.

“We’re focusing on peace and not drawing lines between each other but pulling each other together,” she added. “Right now there’s an awful lot of groups of people slinging stuff at each other and it doesn’t work to do that. It just makes it harder for people to hear a message or work together. I wanted a peaceful, beautiful afternoon, kind of sober at times, remembering.”

Kuhns and her band, Small Forest (with Marybeth Mattson and Pat Palmer), will highlight their desire to bring people together with a performance of their song, “Lines.”

“It’s a song that Mary and I wrote together about all the lines we draw between each other and all the lines that we draw to pull ourselves into a place where we think we’re different from someone else and all the lines we’re afraid to step across,” Kuhns said. “And how we need to get rid of the lines and reach out and hold each other’s hands in love and in peace and in working together.”

The free concert takes place from 5 – 8pm on Sunday, Sept. 25 at Woodwalk Gallery, 6746 County G south of Egg Harbor. For more information, call Jeanne Kuhns at 920.495.2928. For more on The Concert Across America to End Gun Violence, visit ConcertAcrossAmerica.org.