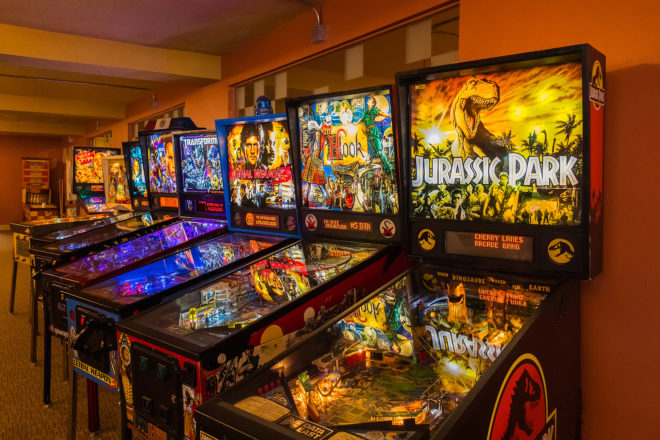 A painstaking, 10-month-long remodeling effort is finally complete, and a historic Sturgeon Bay location has been given new life on Fourth Ave. Erin and Kevin Bosman became the new owners of the space known as Cherry Lanes last January and immediately began renovations to transform it into a hybrid bar, arcade and bowling alley. Now, nearly a year later, the doors are open to the public and the Bosmans are eager to introduce the community to the family friendly establishment that is the new Cherry Lanes.

At the heart of the business is Kevin Bosman’s passion for all things pinball. Although Cherry Lanes officially opened  Nov. 1, the idea of an arcade bar has been in the works far longer. As an avid pinball machine collector and hobbyist, Kevin has been keeping an eye out for an opportunity to open his own arcade for the last decade, and became even more serious when his prior employer, Palmer Johnson, closed operations in Sturgeon Bay. Last fall, when the former Cherry Lanes business was posted for sale, Erin and Kevin knew the space could be the golden ticket; a bowling alley and bar concept would fit perfectly with the arcade idea that Kevin long dreamt of. 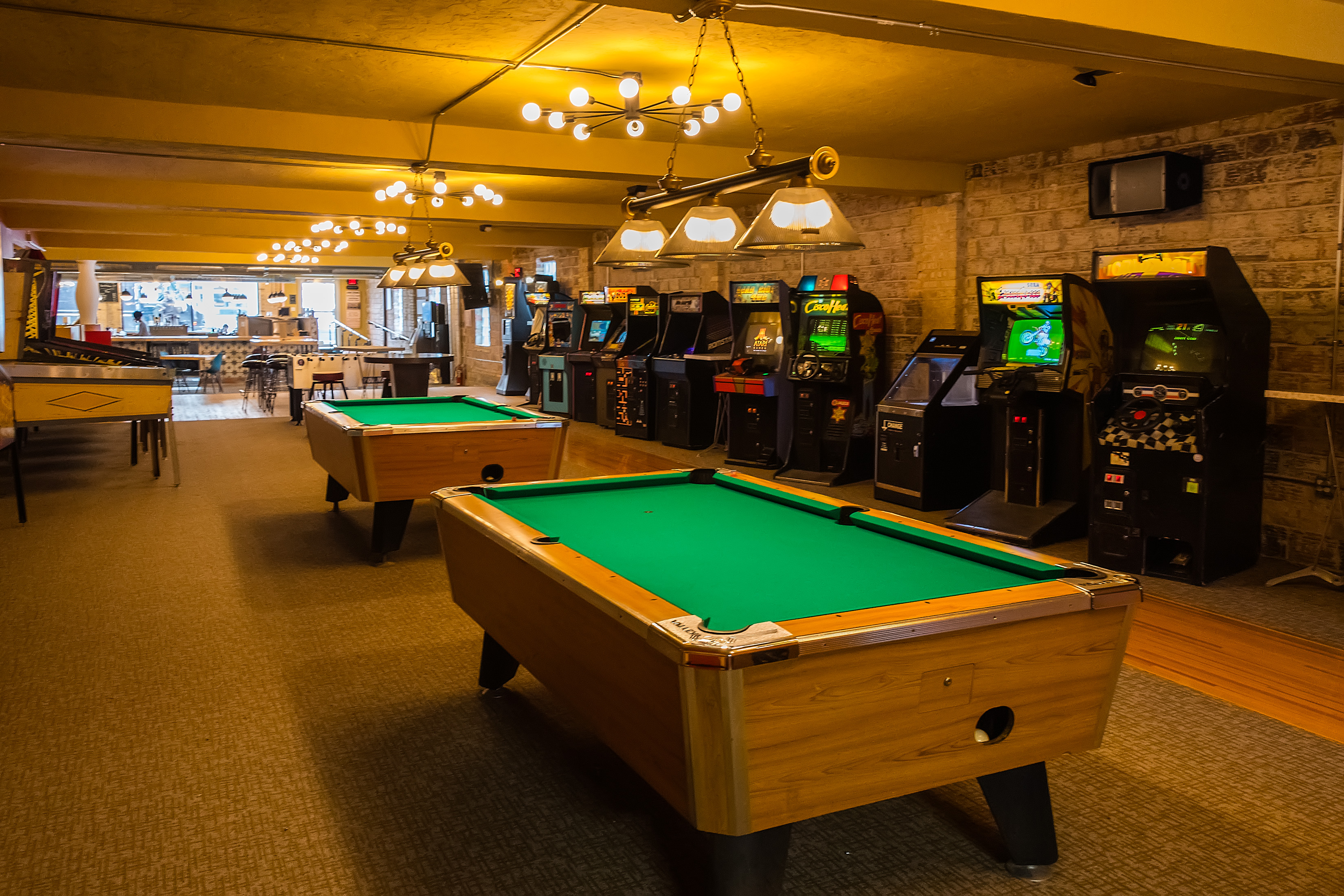 The space dates to 1929, and as the couple began work on the remodel it became clear that there was not much that wouldn’t need to be completely redone. From the buried sewer lines to the smoke-stained 7,500-square-foot ceiling, it required gutting from the ground up, literally. The couple decided to minimize contracting and handled most of the remodeling themselves with the help of friends and family, making the road to an official opening longer than expected.

As I toured the space, it is clear that the long wait and humongous effort put forth by the Bosmans was well worth it. The new Cherry Lanes is a mixture of updated mid-century style that embraces its 1930s heritage.

“We wanted customers to see the space and for it to not be totally clear if something was original or not,” Erin said. “The style is meant to be fresh and fun, but also fit into the history of the building.”

No detail has been overlooked. As you approach the front door from the sidewalk, the elegant exterior doorways, which frame large front windows, pay homage to the original entrance of what was once the Congress Recreation Parlors building. In fact, Erin was able to find original architectural plans by successful area architect F. D. Crandall, which they referenced when planning. The plans can now be seen as artistic prints hung on the brick outer wall. 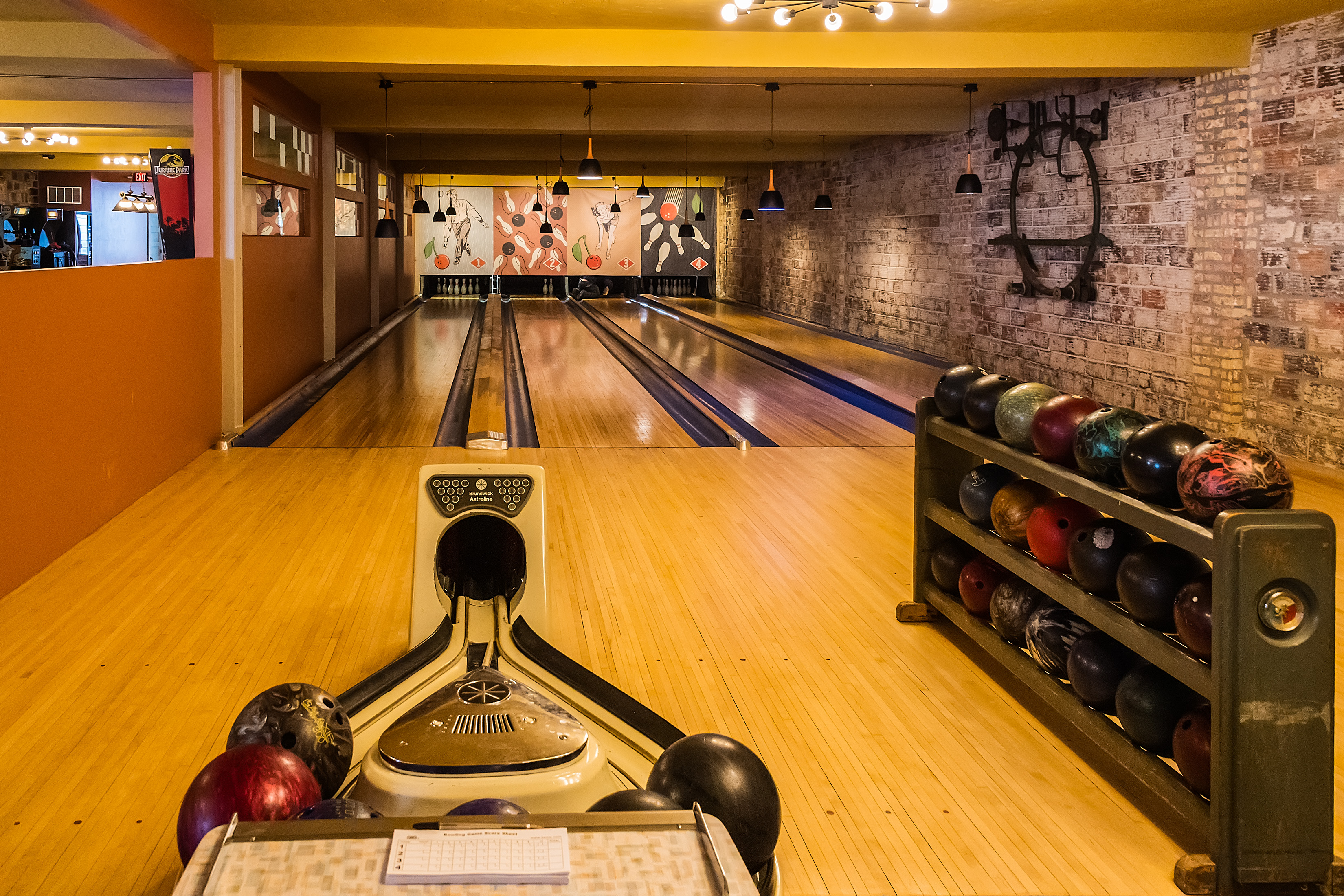 Four lanes of the bowling alley were refinished, keeping the retro style by using the original bowling chairs and ball holders. The bowling lanes are not up to Wisconsin bowling league specifications, which prevents sanctioned leagues from using the space, but recreational leagues are in the works. Lanes are first come, first serve, and scoring is manual, just like the good ol’ days.

Two pool tables, an air hockey table, foosball and two dart boards round out the classic bar game offerings, but the real fun is exploring the perimeter of the space. On the interior wall you’ll find a row of pinball machines flashing with excitement and inviting you to test your skill on the flippers. On the exterior brick wall is a variety of arcade games ranging from Sega’s retro Enduro Racer, to the ever popular Ms. Pac-Man, to Taito’s two-player Operation Thunderbolt. 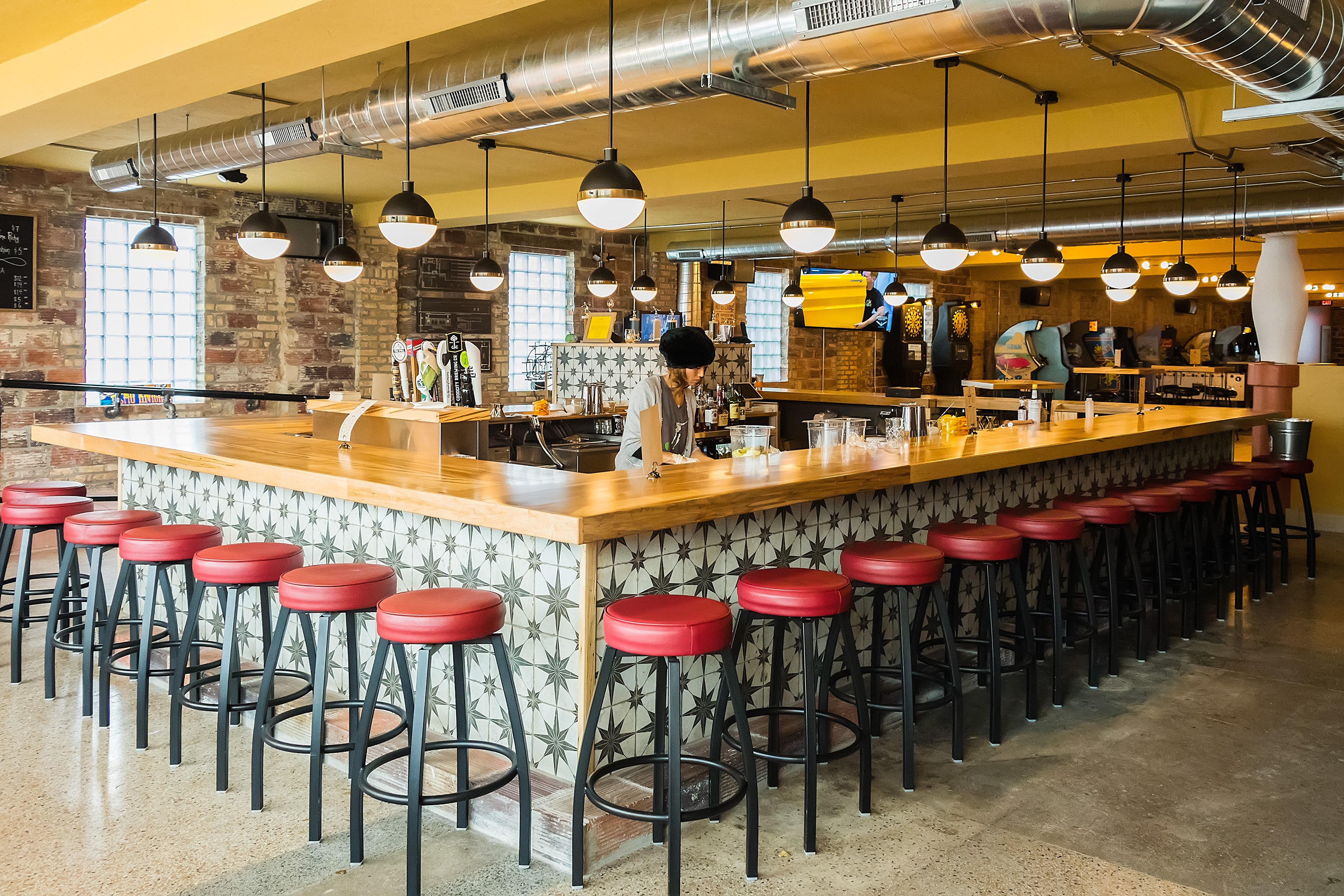 If you’re lucky, Kevin may be nearby and willing to disperse helpful tips and tricks. As a member of the Titletown Pinball League, his wealth of pinball knowledge is vast and ever-growing, just like his collection of pinball machines. In fact, he hesitates to call Cherry Lanes an arcade bar quite yet; he would prefer to double or triple the current number of machines.

“This is just the beginning – Kevin has a lot planned for the future already. When it comes to pinball, he’s never finished,” said Erin.

Visit Cherry Lanes all winter from 3 pm to bar close, and opening earlier on weekends.