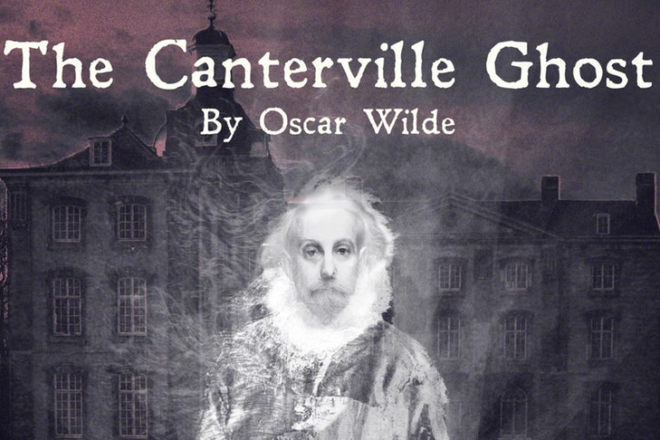 Take one 300-year-old prideful ghost, a blunt family of materialistic Americans moving into a haunted English castle and you have a comic clash of cultures known as “The Canterville Ghost.”

That was Irish author Oscar Wilde’s first published piece of prose, and it first appeared in 1887 as a serial in in the weekly periodical The Court and Society Review.

Wilde’s short story pokes fun at gothic horror stories, the hidebound traditions of the English upper crust (as portrayed by the theatrical 300-year-old ghost Sir Simon de Canterville), and the unimaginative materialism of American society (as portrayed by the Otis family, who have purchased the Canterville ancestral home and are unfazed by Sir Simon’s haunting, to the point where ghostly Sir Simon reaches this conclusion about the Americans: “They were evidently people on a low, material plane of existence, and quite incapable of appreciating the symbolic value of sensuous phenomena.”).

“It’s just a fun show to put on,” said Norman Gilliland, host of WPR’s “The Midday” and host of the popular “Old Time Radio Drama” heard weekends on WPR’s Ideas Network. “We have exactly the right person to play the ghost, Bruce Bradley. We’ve worked with him before, and he is just the right person to do the Canterville Ghost.

“Of course, it’s a great story, too,” Gilliland continued. “It’s got a lot of comedy in it, but it also has some depth, too, and nice strong characters. In terms of doing it on stage, our director Michelle Good has come up with some great visual ideas, too.”

However, don’t expect a Victorian-era presentation. Gilliland, who adapted the short story for this presentation, modeled the script after the 1944 movie starring Charles Laughton as Sir Simon de Canterville and a 1945 Lux Radio Theater production, that also starred Laughton as the ghost and his young co-star in the film, seven-year-old Margaret O’Brien.

In this updated version, it is 1942 and the only remaining Canterville is the seven-year-old girl, who lives with an aunt in another property on the ancestral grounds. The Canterville Castle is being used to house a group of American soldiers in England for World War II.

“So it’s modernized to that extent, which again is part of the contrast you get between this sort of gallant 17th century ghost and the 20th century cultural downsliding,” Gilliland said. “That’s as far as we updated it, to get it into the World War II-era. We set it right after D-Day. There are various parts of the original that didn’t work at all for us, but the spirit – no pun intended – is very much the same. Unlike the movie, we took some stuff back from the original, so it’s a real blend of Oscar Wilde, the film and the Lux radio version. Actually, Wisconsin Public Radio did a version in 1969 and we listened to that, too. Anyone who likes the original will like this, too.” 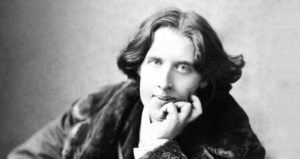 Gilliland said director Good informed him that at the first rehearsal of the full cast, “They were laughing so much they had trouble getting through the whole script, which I take as a good sign.”

He also points out that the presentation of this live radio play is also part of WPR’s yearlong 100th anniversary celebration. On Dec. 4, 1916, radio station 9XM (hence the name of the WPR old time radio theater group) located in the University of Wisconsin’s Science Hall, made its first broadcast, a Morse code weather forecast, and by the next year was regularly airing music transmissions. On Feb. 17, 1919, the first documented clear transmission of human speech occurred on 9XM.

In addition to the presentation at DCA, Gilliland and the 9XM Players are taking “The Canterville Ghost” to perform at the Big Top Chautauqua in Bayfield on Aug. 12.

“That’s going to be a live broadcast,” he said. “You can almost think of this one in Fish Creek as a dress rehearsal, although we will be recording that one.”