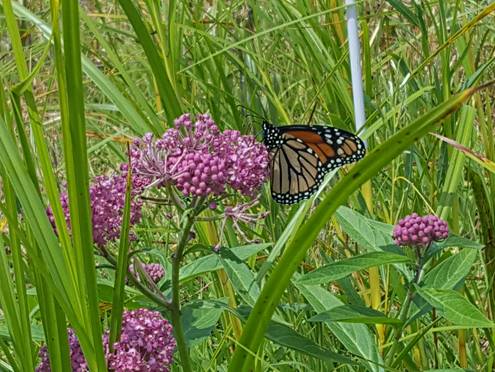 Wisconsin Public Service (WPS) and its parent company, WEC Energy Group, are joining a new, nationwide effort to help restore and increase the monarch butterfly population, which has dwindled by 80% in the eastern United States since the 1990s because of the loss of habitat and food sources.

As a result, the U.S. Fish and Wildlife Service is considering listing the monarch butterfly as threatened or endangered by 2024. The International Union for Conservation of Nature added the migratory monarch butterfly to its Red List earlier this summer, stating the species is threatened with extinction.

WPS has committed to conserving and restoring monarch butterfly habitats on nearly 500 acres of its properties. New and expanded habitats will be maintained across the state, including land near the former Pulliam power plant.

The efforts by WPS are part of the Nationwide Candidate Conservation Agreement for Monarch Butterflies, which the U.S. Fish and Wildlife Service and the University of Illinois-Chicago are leading to encourage transportation and energy partners to participate in monarch butterfly conservation.