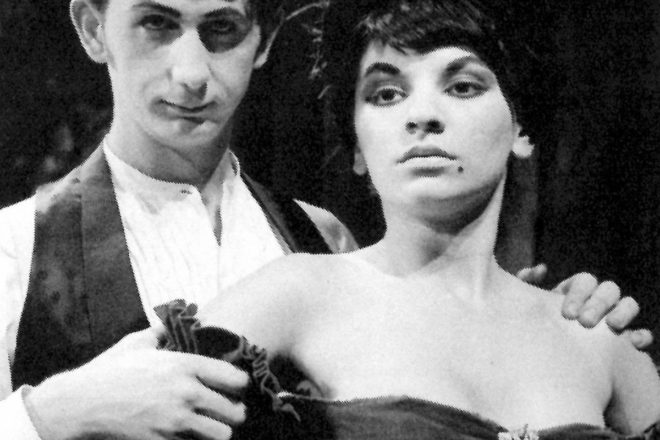 (From left) René Auberjonois and Johanna Heck in the 1962 production of The Three Penny Opera. Submitted.

After leaving Peninsula Players Theatre, they continued to grow as artists, directors and/or managers in television, theater and the music industry. Join Greg Vinkler and Audra Baakari Boyle to learn about the career paths of these company members.

The next episode will take a closer look at Caroline Fisher and Jeanne Bolan – actor, director and associate producer – through the eyes of alumna Amy McKenzie, the daughter of Jeanne Bolan and James B. McKenzie. Amy and her brothers, David and Kevin, grew up at the theater, where she eventually directed and performed in numerous shows.

McKenzie is a co-founder of New Age Vaudeville and the founding artistic director of Third Avenue Playhouse in Sturgeon Bay, and she’s served on the Peninsula Players Theatre’s board.

To watch or catch up on episodes, visit the Peninsula Players’ YouTube channel or peninsulaplayers.com.