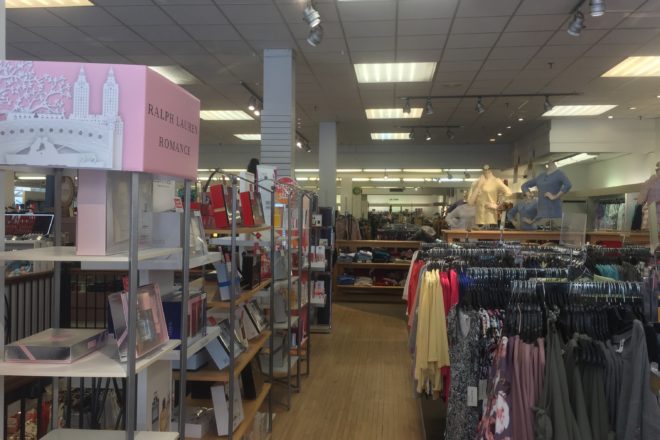 When the liquidation sale at Younkers in downtown Sturgeon Bay ends some weeks down the road, it will mark the end of almost 140 years of a department store operating from that location.

Last week it was announced that the Bon-Ton Stores announced a winning bid in an auction for the company’s assets – which includes 212 stores in 23 states operating as Bon-Ton, Bergner’s, Boston Store, Carson’s, Elder-Beerman, Herberger’s and Younkers. The sale was to two asset liquidation groups – Great American Group and Tiger Capital Group.

On Feb. 4, Bon-Ton and its subsidiaries filed voluntary petitions for a court-supervised financial restructuring under Chapter 11 of the U.S. Bankruptcy Code. At that time it was announced that nine Younkers stores would be closed in Wisconsin. The Sturgeon Bay store was not among them.

However, that all changed with the April 18 sale to the liquidation companies. The going-out-of-business sale started April 20 at all 212 stores. Nearly 23,000 people are employed in those stores in both full- and part-time positions. Around a tenth of those are employed in Wisconsin stores.

L. M. Washburn first opened a store where Younkers stands in 1880. In 1930, the store merged with the H. C. Prange Company of Sheboygan into the Prange-Washburn Co., the largest department store in the county.

A fire on Feb. 25, 1935, destroyed the store and the adjoining George Draeb Jewelry Store. Both businesses rebuilt at the same locations. In 1936, the 90-year-old Washburn sold his interests in the store, but it continued to be called Prange-Washburn until Feb. 1939 when it was renamed H. C. Prange. In April 1992, Younkers, a company formed in Iowa in 1856, bought the 22 Prange stores operating in Wisconsin and Michigan. After a merger with Proffitt’s in 1996, it changed hands again 10 years later when it was acquired by Bon-Ton.

Bon-Ton became the 11th retailer to declare bankruptcy in the first four months of the year. The list includes Toys R Us, gunmaker Remington and the jewelry chain Claire’s, which has led some to suggest we are in the middle of a retail apocalypse, with several other businesses teetering in the edge.