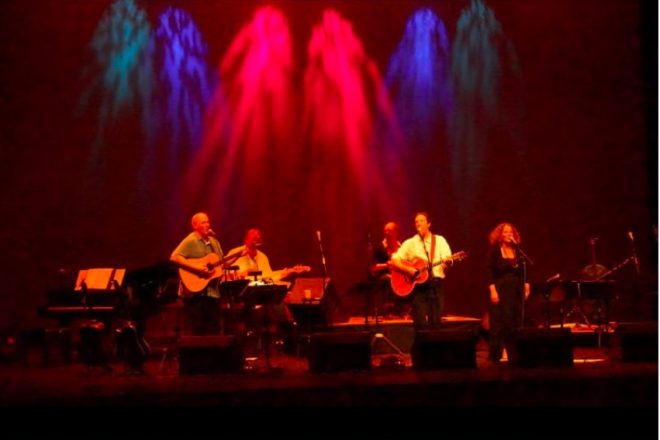 Frederick “Doc” Heide keeps himself busy. He spends nine months of the year at his self-termed “day job” as a professor at the California School of Professional Psychology at Alliant International University in San Francisco, a position he has held for 37 years. Additionally, Heide serves as the artistic advisor as well as a playwright and performer at Northern Sky Theater, the theater company he co-founded with the late Fred Alley in 1990.

While this may seem like a full schedule already, Heide continues to delve into new projects. Recently, he released the single “Better Angels” with Zen of Thieves, a studio band made up of a number of talented musicians and producers from across the country. Heide wrote the song and plays rhythm guitar on the track. 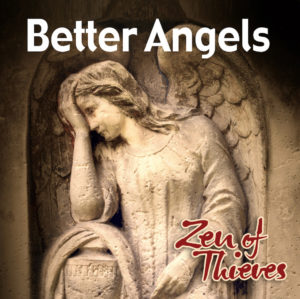 It all started with a concert three years ago at the Door Community Auditorium.

“It was my 40th year of performing in Door County,” said Heide. “And because that year I wasn’t on stage at Northern Sky, I decided it would be really fun to pull a whole bunch of friends together and invite them to sing songs that I had written.

“There was a huge number of people involved in that event,” he recalled with a laugh.

“They all very kindly took the effort to learn a song or two that I had written,” Heide said. “To my complete astonishment it sold out the auditorium and it was just a wonderful night of friendship and community and bonding.”

In response to this evening of music, Heide began to consider the possibility of recording some of these talented vocalists singing his songs.

“I had written some of these songs for other people’s voices,” Heide explained. “They’re very challenging songs, vocally challenging, so I didn’t really conceive them as something I would deliver when I wrote them.”

However, with so many musicians being pulled in different directions, the time needed to sit down and record an album just wasn’t there.

But that didn’t end Heide’s pursuit of the project. He sought to work around this obstacle by recording parts of songs in Door County and then sending cuts to other artists with studios around America where they could add their parts in. 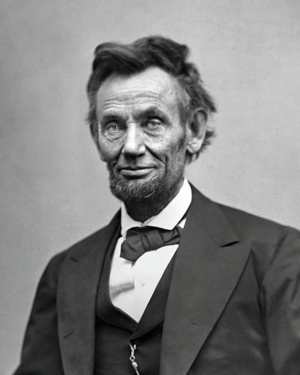 The group’s first single, “Better Angels,” was recorded in four studios in as many states. The song explores what Abraham Lincoln would think of the current political situation in the United States, using snippets from parts of Lincoln’s speeches, including his call to abide by the “better angels of our nature.”

“The song was meant to address how we seem to be pulling ourselves apart at the seams,” Heide clarified. “Lincoln is so revered in America, and yet I’m not sure we spend as much time as we might reflecting on what Lincoln stood for, which was the principle of union in America. Lincoln’s goal was not to incite a civil war, and when you read his speeches it’s very, very clear…everything he stands for in his legacy is about preserving the Union.”

Because the song serves as a call for national unity, Heide chose to release it in time for the coming political season.

“I don’t pretend to have any solution to the difficult situation that we are in,” Heide stated. “I’m not a political scientist; I’m not a politician; I’m not an economist. We obviously are facing extreme stress as a nation and there are many good and interesting ways to solve that. As a songwriter what one can hopefully do once in a while is try to make a statement that hopefully moves people emotionally that might offer a slightly different perspective.”

That perspective, Heide asserts, can be found in the last lines of the chorus: “So many lay down in the cold ground that we’d all be one.”

“Almost as many died in the Civil War than in all other American wars combined,” said Heide. “The question of whether we will tear ourselves apart was resolved with the blood of our countrymen over 150 years ago. I think we need to honor their memory by recognizing that whatever our disagreements are, we also have tremendous challenges that will only be solved if we come together. How we decide to do that? There are many, many options.”

“Better Angels” is available on iTunes, Spotify, and other online sources. More information about the band (including a video of the song) can be found at facebook.com/zenofthieves/.