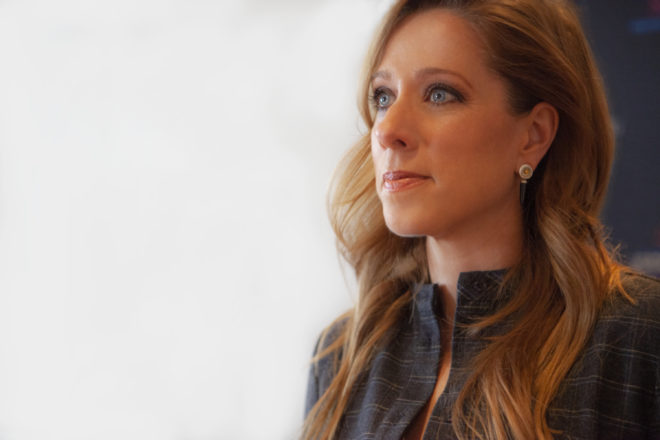 In a way, Jodi Rose spent 10 years working on the life-sized, bejeweled dress titled “Timberella 3,” even though she only started actually working on it in 2018. Completing the art piece required a journey that began with her departure from Door County, where she had been an active part of the Door County art scene, with showings at Edgewood Orchard Galleries and work at the Peninsula School of Art.

“I was perhaps successful, but my inner world and outer world did not line up,” Rose said. “When I started grad school for art therapy, the techniques started to open up a new journey. I became fascinated by the intersection of creativity, group process and communion with nature, so I decided to pursue art therapy, and that started an entire journey.”

The first step was earning a dual master’s degree in expressive arts therapy and counseling psychology. It was 2009, and the global financial crisis had set off the Great Recession.

“As an independent artist, I was seeking grants a lot, and those resources were starting to dry up,” she said. “I needed a plan B, so I pursued art therapy from the clinical side for credentials and to learn to work with many types of populations as a clinician.”

In Tucson as Jodi Rose Gonzalez – the name on her Wisconsin state license as an art therapist – she had the opportunity to work with an excellent team in a residential treatment program for women with eating disorders, which was her idea of a dream job. She put aside art and focused on therapy.

“I went from being an artist, then I had to step back to become a clinician, and then step back from that to integrate the two,” Rose said. “It comes full circle with my return to Door County after being gone for 10 years.”

A girl in the woods had been on her mind for a decade, Rose said. The story, on her jodirosestudio.com website, was a reflection of her own journey, alongside going to grad school. It came into focus last winter, prompted by her sense of place after she returned to Door County and to family property in the Sister Bay/Rowleys Bay area, including a forest that her grandfather had planted on what had been an open field.

“The forest inspires my work,” she said. “Keeper of the forest mirrors my own identity here, the inspiration of the place, my connection with the materials, both in terms of use and metaphor.”

Dan Cross, owner of Idea Gallery in West Jacksonport, invited Rose to show there. She began with a parable of a girl who lives in a nest high in a tree until a storm blows it down and completely changes her world.

“I wanted to do a gown out of prickly pear cactus skeleton, which looks like lace,” she said. “‘Timberella 3’ is a life-size gown with a torso of driftwood, a bird on her shoulder, and a necklace and jewels on the front of the dress.”

Cross said that in the gallery’s third show this season, “Timberella 3” drew the most comments. People wanted to know how it was made and what materials the artist had used.

“Specific to this piece was the skirt, made up of prickly pear cactus gathered from the Arizona landscape she called home for the past 10 years,” Cross said. “All the works in the ‘Timberella’ series incorporate a mystical-like bird perched on a shoulder, speaking poetically in a voice unheard.”

But to create “Timberella,” Rose had to draw on her art therapy education and apply it to her own creativity.

“I was stuck on her for two years,” she said. “My inner critic said it was stupid to put jewels and things of value on this desert detritus. So I used my own techniques on creative block to give myself permission to let the piece speak. Bring on the bling, bring on the jewels, and then things started to break wide open.”

Rose likes to work in three dimensions. For a dress, she starts with the armature and then gathers natural materials – branches, pine needles, cedar, fresh-water pearls, ostrich ferns, moss – and creates layer upon layer.

“Next year I will have a whole lot of nests,” she said. “People know I was obsessed a decade ago with making nests – it is happening again.”