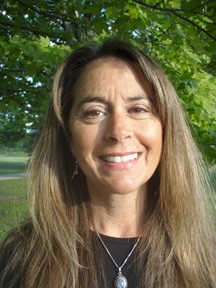 Seasonal Affective Disorder (also called SAD) is a type of depression that occurs for many during the low-light winter months north of the San Francisco/Philadelphia line.

SAD is triggered by the lack of natural light, and the criterion for SAD diagnosis includes the following: 1) You’ve experienced depression and other symptoms for two consecutive years during the same season every year. Symptoms include energy loss, cravings for high carbohydrate foods, difficulty concentrating, social withdrawal, hopelessness, anxiety, feeling heavy, and loss of interest in activities you once enjoyed. 2) The period of depression is followed by periods without depression. 3) There are no other explanations for the changes in mood or behavior.

The first line of defense is to provide increased full-spectrum lighting; light therapy is the leading treatment choice for SAD. The light from the sky on a summer’s day is about 100,000 lux whereas standard artificial indoor lighting is generally 200 – 700 lux, so in the winter months, you see the dilemma, yes? A light box can be purchased and typically provides 2,500 lux.

Other tips for getting more light include: trimming tree branches to give what natural sunlight there is a better chance at getting in; keeping windows clean; sitting in the sun for 20 minutes whenever it is out; and getting outside during daylight hours within two hours of getting up.

Additionally, in the quest for happiness, consider the following:

• Supplement with fish oil: Oil from fish contains eicosapentaenoic acid (EPA) and docosahexaenoic acid (DHA) – both are omega-3 fatty acids – and research suggests that countries with higher intake of fish oil tend to have lower depression rates. The estimated intake in the United States for EPA and DHA is 180 mg/day, and the rate of depression is almost 3 percent of the population. In comparison, Japan – where EPA and DHA intake is estimated to be 730 mg/day – has a depression rate of only 0.12 percent of the population. And research in Iceland, a country with months of complete darkness, suggests it is fish oil from the diet that inoculates against depression there. So let’s do that here. Aim to include more fish like salmon or herring in your regular diet, and supplement during the darker months of November through March with a high quality, heavy metal free, fish oil supplement that includes both EPA and DHA acids to the tune of 1000 to 2000 mg daily.

• Get and remain active: Increase your natural mood enhancing endorphins by elevating your heart rate at least three hours a week. That equates to 30 minutes a day, six days a week. Move your body in a way that brings you joy. Is three hours a week too much to ask? How about 15 minutes every day then. Anything is better than nothing.

• Supplement with vitamin D3: By now it probably seems clear I embrace responsible supplementation. Vitamin D3 is the “sunshine vitamin” and supplementing with 1000 to 2000 IU daily, November through March, supports both mood and immunity. The human body makes vitamin D, which is actually a hormone, when exposed to sunlight. It is estimated that 30 to 50 percent of Americans suffer from vitamin D deficiency.

• Stay hydrated: Even when it is cold we still need at least two liters a day of added fluids. Hydration influences mood, energy and concentration. Try to drink a liter of water daily and then perhaps sip several large mugs of hot, caffeine-free herbal teas for additional hydration and pleasure.

• Be wise with food intake: Shoot for three meals a day no more than five hours apart, with at least 20 grams of quality protein at each meal. Protein helps stabilize blood sugar and supplies the amino acid tryptophan, which is used by the brain to make serotonin. Complex carbohydrates, like whole grains, help tryptophan pass into the blood stream, thereby assisting serotonin along. We want to be particularly attentive about assisting serotonin this time of year because serotonin affects our energy levels and mood. When there is abundant sunlight, our brains produce big sums of serotonin, and as you might guess, serotonin production is hampered greatly when sunlight is absent. Food choices have power here! Decrease caffeine, refined carbohydrates and sweets and, instead, challenge yourself to include four to five cups daily of each fruits and vegetables, fresh or frozen. Yes, I did say four to five cups each fruits and vegetables. Come as close as you can as often as you can.

A Japanese proverb states, “One kind word can warm three winter months.” Above all this winter, be kind.

Jody S. Jessup, RD, MS, LPC, NCC is a Registered Dietitian, Licensed Psychotherapist and Integrative Personal Wellness Coach. She has offices in both Sturgeon Bay and Sister Bay. She meets with clients face-to-face, on the phone and Skype. She can be reached by phone at 920.839.9900, email at [email protected] or visit her website http://www.BeMyFoodCoach.com.