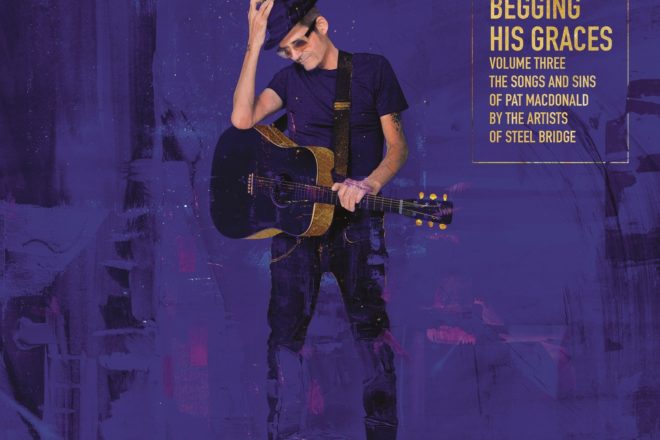 The Wisconsin Area Music Industry (WAMI) announced the nominees for its 38th annual Awards Show and Begging His Graces: The Songs and Sins of pat mAcdonald by the artists of the Steel Bridge Songfest has been nominated for Album of the Year. The albums, produced by Joe Kaftan, were four years in the making.

A couple artists in the Steel Bridge family have additionally been nominated. Brett Newski has been nominated for Singer/Songwriter of the Year. Makin’ Sausage Studio, owned and operated by Steve Hamilton, head engineer and co-shareholder of The Holiday Music Motel, has been nominated for Best Recording Studio. Makin’ Sausage Studio played a large role in pulling together all three volumes of the Begging His Graces collection and works closely with melaniejane and pat mAcdonald as the core team that executes the operations and events both at the motel, motel’s events and for Steel Bridge Songfest.

The WAMI Awards Show will take place April 15 at the Fox Cities Performing Arts Center. Doors open at 6 pm, with the show beginning at 7 pm.