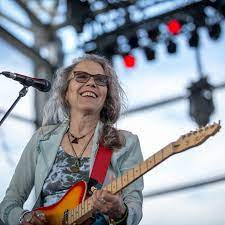 Grier’s four-decade career is a rich musical tapestry that includes an MTV video in the ’80s; opening for Laura Nyro, The Band, and Joan Armatrading; 20 years of performing in New York, mostly under the name NYC Subway Girl as part of the Music under New York program; appearing on CBS Sunday Morning; and playing at Avery Fisher Hall.

Grier is socially conscious in her songwriting and believes that music is a powerful healer that crosses boundaries to help diffuse ignorance and hate.