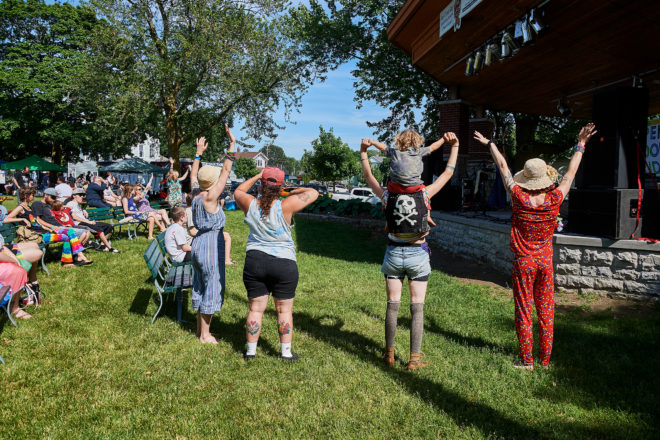 This weekend would have marked the fourth annual Pride Festival in Sturgeon Bay, hosted by the local nonprofit Open Door Pride. As the by-now-familiar story goes, the festival has been canceled this year because of COVID-19 concerns.

In an open letter, the group said: “While the Pride Festival is the most visible of the Open Door Pride events, it is just one aspect of who we are and what we do. While the festival will not go on, our care and support of our community continues, as it always has, 365 days a year. We are here as a resource for those seeking information about LGBTQ+ issues, as a community connector and as a compassionate listener.”

Nationally, June is Pride Month, celebrating LGBTQ+ communities and commemorating the Stonewall Uprising in New York City, which took place 51 years ago, on June 28, 1969. This year in Sturgeon Bay, Mayor David Ward officially proclaimed June to be Open Door Pride Month for the first time, solidifying the city’s commitment to being a welcoming place for LGBTQ+ citizens to live and work. An LGBTQ+ flag was raised for the first time on June 1 in Martin Park and will remain there through the end of June.

This month also marks the 50th anniversary of annual LGBTQ+ Pride traditions across the country. The first Pride march was held in New York City on June 28, 1970, with an estimated 3,000 to 5,000 marchers. More recently, during nonpandemic years, the NYC march has typically attracted millions.

With so many marches, parades and festivals canceled this year, we’re sharing some ways to celebrate and honor this weekend solo or with family and friends.

• Donate or volunteer: Open Door Pride relies on community support. To help further its mission of affirming diversity through inclusion for all, email [email protected] to volunteer, or make a donation online at opendoorpride.org.

• Be an ally: Sign up for the Open Door Pride newsletter to stay informed about issues, events and ways to get involved. Follow the group on social-media channels to be an engaged community member.

Read books by LGBTQ+ authors. See Grace Johnson’s story in this issue for recommendations in a variety of genres.

Watch Gay and Proud, a documentary film by Lilli Vincenz, to learn about the first Pride march in New York City. It’s available to watch for free from the Library of Congress at loc.gov/item/mbrs01991430.Follow legislation related to LGBTQ+ discrimination. The Freedom for All Americans bipartisan campaign is tracking each relevant bill at freedomforallamericans.org/2020-legislative-tracker.