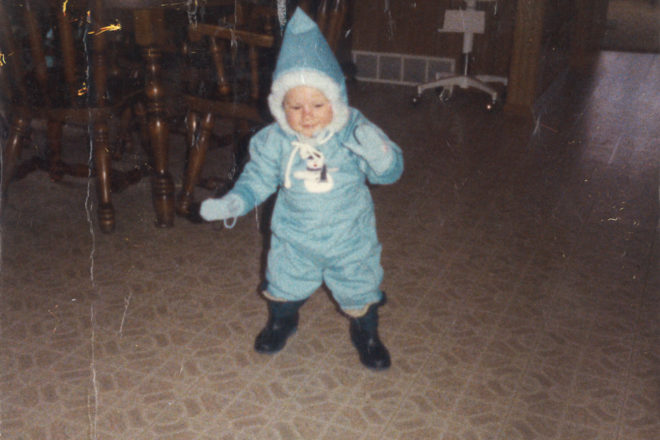 A young Justin Skiba (long before his days contributing to this magazine) bundled up to do a winter dance. Submitted.

The things we wear to survive winter have changed dramatically since pioneers first settled on this peninsula. Synthetic fabrics have largely replaced the wools and furs of yesteryear, but not completely.

We asked the Door County Historical Museum for historic winter photos, and then asked readers for winter photos in more recent times. As these photos show, we enjoy winter in the same ways as our predecessors did in another century.

Looking at the photo of happy Justin Skiba bundled up for the winter of 1987, the image of little Randy Parker comes to mind from the 1983 holiday classic A Christmas Story, when his mother cocoons him for the walk to school but has to unwind the scarf from his face so Randy can complain, “I can’t put my arms down.”

“Put your arms down at school,” his mom responds as she wraps his face again.

Here’s to all the moms who bundled up their children against winter’s cold and to all the kids who couldn’t put their arms down. 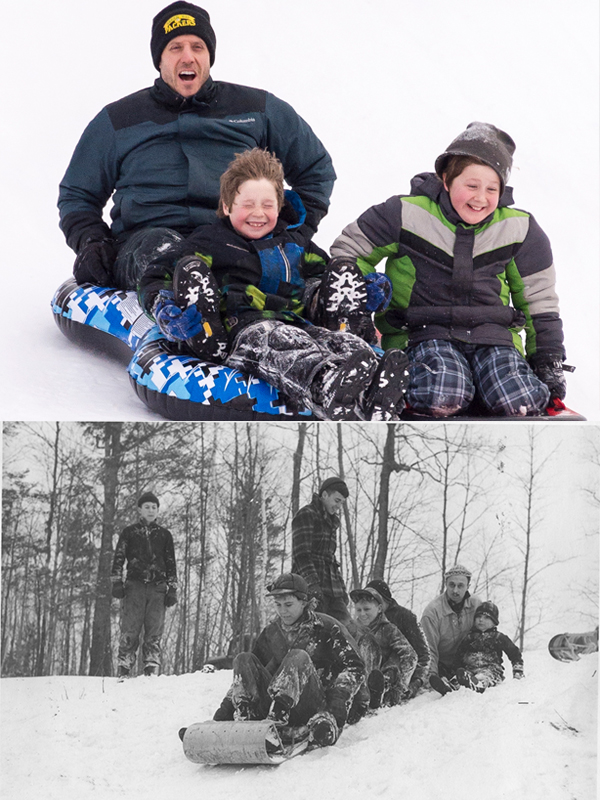 Top: Polyester knitted hats, synthetic fill and nylon exterior coats replace the wool winter wear of yesteryear, and the toboggan has been replaced by plastic tubes and molded boards. Photo by Len Villano.

Bottom: Wool coats and hats and rubber galoshes that you pulled over your shoes were the garb of the day in this undated tobogganing photo. Courtesy of the Door County Historical Museum. 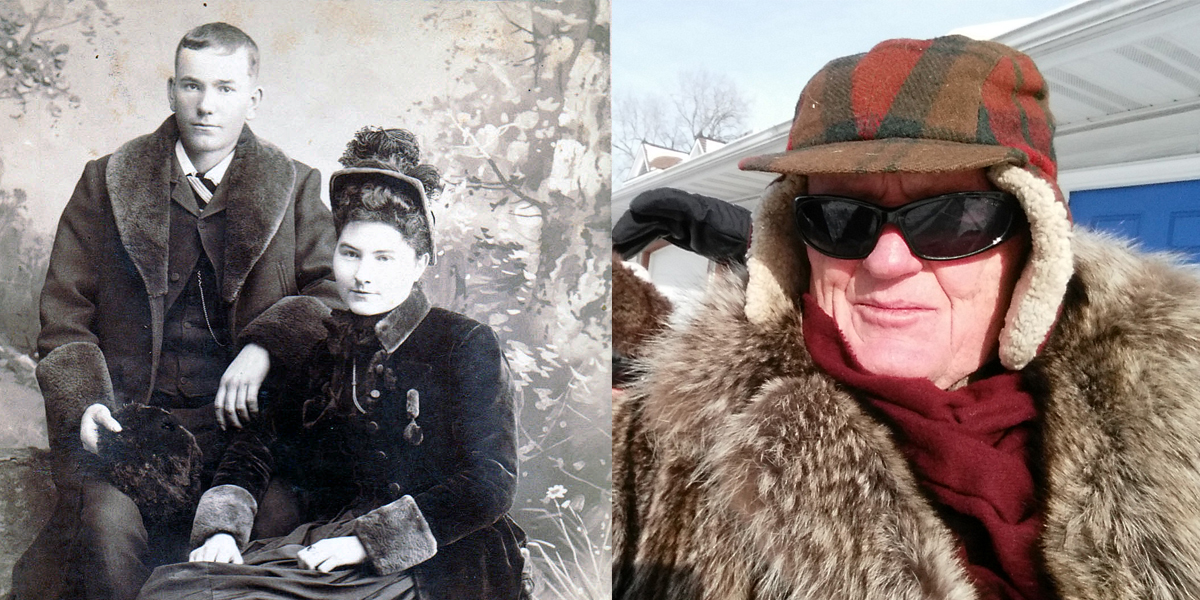 Left: Dr. Fred and Vonia Huff in their winter furs in this undated studio shot. Dr. Huff came to Sturgeon Bay in 1909 from Chicago, where he interned at St. Luke’s Hospital and earned his doctorate at Northwestern University, and died in 1959 after 50 years of practice in the county. Courtesy of Door County Historical Museum.

Right: On Jan. 17, 2016, the bottom dropped out of the thermometer, prompting Alisa Landman and Stephen Kastner to don “our most politically incorrect real fur coats and go out for a stroll in Sturgeon Bay,” Kastner said. “We were quite warm and comfy.” Submitted. 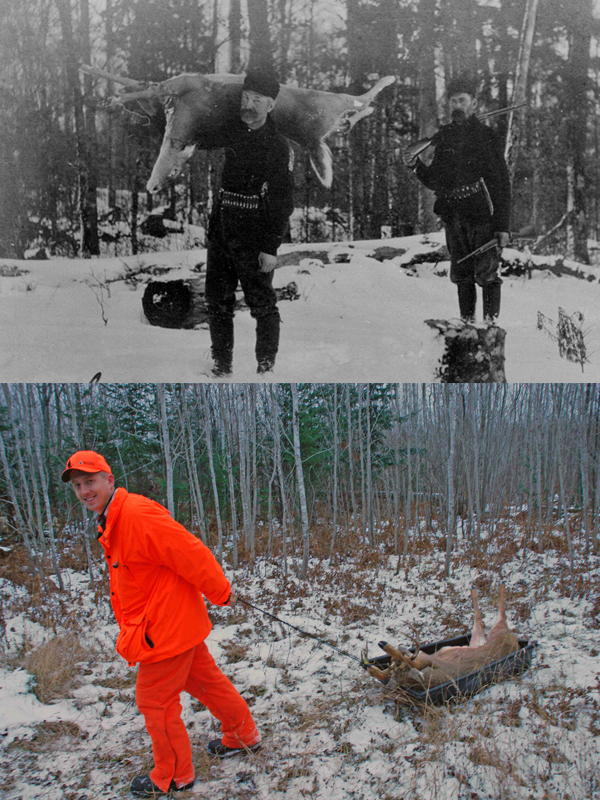 Top:  Hunting pals Bert Scofield and Joe Elliot carried a deer three miles out of the woods in this undated photo. Note what appears to be a basic black hunting outfit, with bandoliers accenting the waist. In 1946, a local newspaper reported “Tribute Paid to Scofield, County’s Oldest Hunter.” The report noted that Scofield spent his 87th birthday in a deer camp, and he also celebrated his diamond anniversary of deer hunting, having hunted 75 consecutive years beginning at the age of 12. In the article, Scofield describes his friend Elliot, then in his 90s, as “the best shot and woodsman he ever hunted with.” Photo courtesy of the Door County Historical Museum.

Bottom: Nick Meissner stands out in the woods in his bold orange ensemble. The sled takes the heavy lifting out of the experience. Submitted by Greg Meissner. 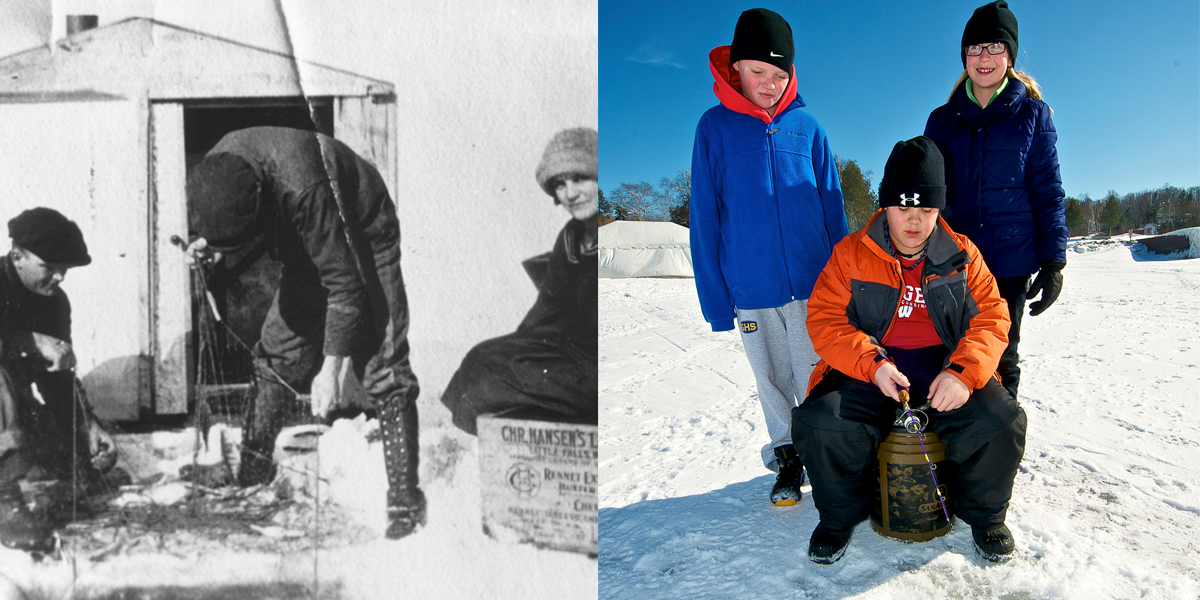 Left: Two men and a woman catch perch through the ice in this undated photograph from the Door County Historical Museum. 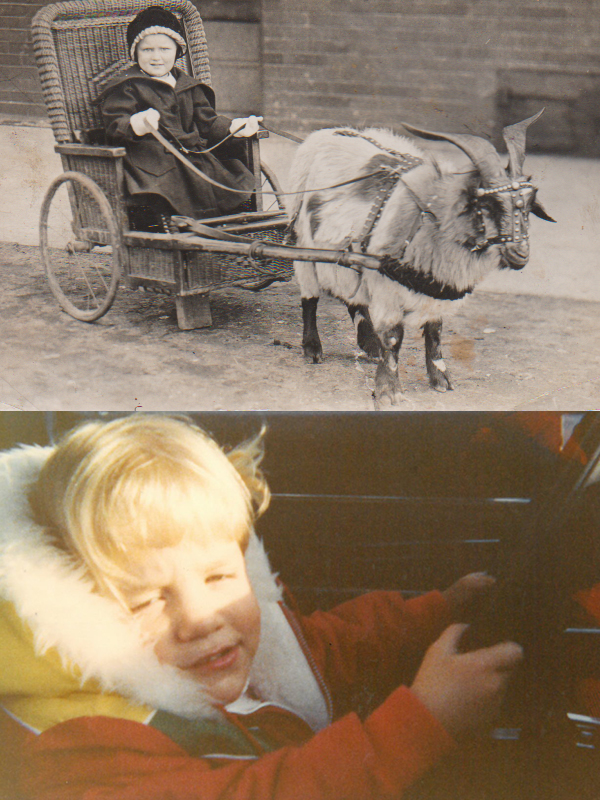 Top: Annette Nelson Wickman looks cozily dressed as she goes for a ride in her goat cart in this 1914 photograph. Courtesy of Door County Historical Museum.

Bottom: Door County Living Sales Manager Jess Farley at the steering wheel of a car, and kitted out in a fleece-lined winter coat, circa 1978. Submitted. 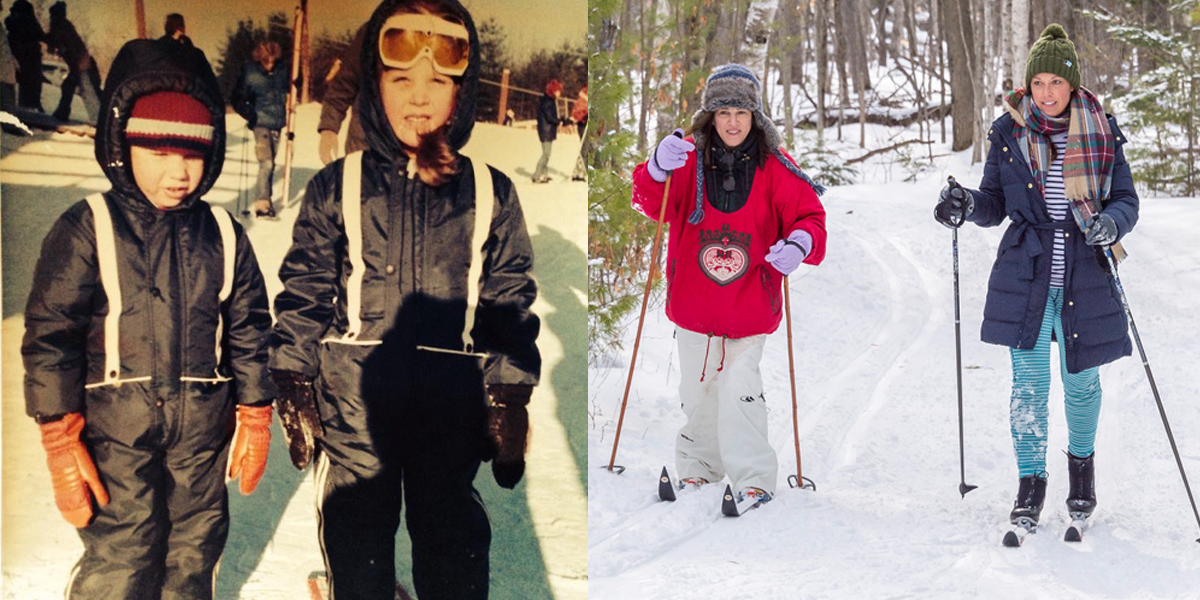 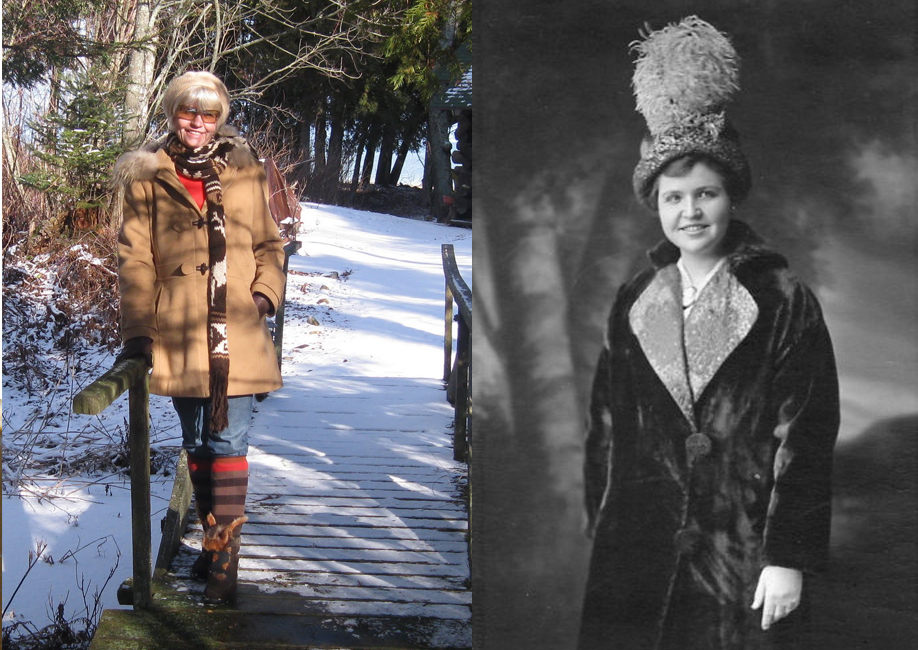 Left:Alabaman Pat Overton visits Door County in the summer and in February. Here she is seen in February 2015 at a log cabin her grandfather built in Sturgeon Bay in the 1930s. Submitted.

Right: Miss May B. Minor is photographed in the studio wearing her finest winter gear in this 1918 photo from the Door County Historical Museum. Miss Minor, a Sturgeon Bay native, taught 4th grade in Sturgeon Bay schools, from 1908 through 1958. Her Feb. 10, 1964 death was front-page news.