Almost a week removed from an overnight lame duck session in which the will of Wisconsin voters was thwarted by Republican legislators, I finally feel like I’ve caught up on rest. Now fully recovered, the conflict-averse Wisconsinite in me wants to let sleeping dogs and lame ducks lie, but I didn’t step up to run for office to be silent in the wake of reprehensible acts like last week’s Republican power grab that stripped the incoming governor and attorney general of powers while most of Wisconsin slept. 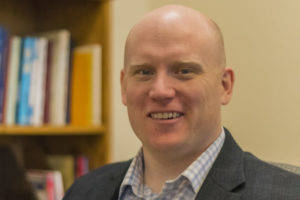 Attempting to rationalize their votes to the media and their furious constituents, many Republicans expressed their recently found grave concern for the separation of powers within our state constitution and said, after further review, the Executive Branch just plain had too much power, despite many of these same Republicans having voted to give the Executive Branch more power during the Walker years.

I’m sure it’s also a coincidence that this crisis of conscience occurred during a lame duck session a month after an election in which Wisconsin voters chose Democrat Tony Evers over Scott Walker and Josh Kaul over Brad Schimel. Previous lame duck sessions have dealt with items such as appointing members to a Rose Bowl committee, not stripping powers from incoming elected officials in a petulant display of sore loser-ship.

The outcomes of their actions make it clear that legislative Republicans were anything but worried about the state’s constitution and the balance of power. Their proposals massively shift the constitutional balance of power in favor of the Republican-controlled Legislature by, for example, requiring legislative approval of any constitutional challenge of statutes and allowing the Speaker of the Assembly, the Senate Majority Leader, and the Joint Committee on Legislative Organization (also Republican-controlled) to retain private attorneys to fight their case with a taxpayer-funded checkbook. It’s almost like they anticipate constitutional challenges to legislation they’ve passed and/or plan to pass and don’t want the Attorney General to perform the office’s traditional role of protecting taxpayers.

And perhaps I’m missing something, but if Republicans were so sold on their agenda’s righteousness, I would think they’d want to make voting as easy as possible to amass electoral majorities from all those voters agreeing with them. Their reduction of early voting days lacks sound rationale from a party supposedly supremely confident in the popularity of its ideals. And since Wisconsin’s previous early voting restrictions have already been ruled unconstitutional, it seems irresponsible and reckless to engage Wisconsin in another protracted legal fight as a result of disenfranchising its voters.

As Democrats and Republicans, we often disagree on issues like how to best distribute the tax burden, invest in our schools, infrastructure, economy, and environment. Ultimately, the mandate for those decisions is determined by elections, like the one we had on Nov. 6.

This lame duck session wasn’t a debate over which values and political agenda are right for Wisconsin; those were determined loud and clear on election night (take it from a guy who lost). This session was about Republican legislators pouncing on the last remaining vestiges of absolute power to insert their rejected values and agenda beyond their welcomed stay.

Republican leaders went as far as to actually say out loud that they “don’t trust” Tony Evers and they disagree with his “liberal agenda,” attempting to justify their hostile assault on Wisconsin against its voters’ consent.

Respectfully, that’s not Republican legislators’ call. Again, that’s what elections are for. Republicans’ lack of trust or belief in differing political ideals of the winning candidates is not a viable excuse for hastily changing the rules of the game in an unprecedented power grab.

By ignoring the will of the voters expressed on election night, Republicans who voted in favor of these measures, no matter how much they claim to have hated it (translation: hated dealing with the blowback from casting inexcusable, unforgivable “aye” votes benefiting them and degrading democracy), have confidently stated that they know better than the majority of voters; that Republican legislators are uniquely and solely qualified to determine what’s best for Wisconsin. To them, elections are merely an obstacle to the implementation of their agenda in perpetuity, regardless of the voters’ consent.

There are times when the nuances of legislation lend legitimacy to multiple interpretations. This is not one of those times. Without exception, every legislator who voted for these measures should be held accountable for their votes in 2020 and 2022.

Having spent most of the last year enveloped in partisan politics, there’s not much that could have surprised me as far as disagreement between Republicans and Democrats during my only day in session. But Republicans’ disdain for democracy itself left me stunned and sickened and should alarm and anger every Wisconsinite.

FOR A VIEW FROM REP. JOEL KITCHENS CLICK HERE>>